The government plans to take a 20% stake in a £20bn large-scale nuclear plant at Sizewell, the BBC has learned.French developer EDF will also take a 20% stake in the Suffolk power station.Ministers hope the confirmation of two cornerstone investors will encourage infrastructure investors and pension funds to take up the remaining 60%.Sizewell C is a key part of the new UK energy strategy, anticipated this week.

However, no decision is expected yet on the future of Wylfa, in north Wales.Government officials say new nuclear facilities at Wylfa could – like Sizewell – be one of the “big bets on nuclear” the prime minister has said are integral to plans to reduce UK reliance on fossil fuels over time.It’s not yet clear whether these additional ambitions will include large-scale plants, smaller reactors based on nuclear submarine technology, or both.The government’s strategy will also include plans for solar and wind power, as well as stimulating additional investment in oil and gas fields in UK waters.

Legislation allowing construction and financing costs to be added to customer bills, as Sizewell C is built over the next decade, is due for a second reading in the House of Commons next month.It made it through the Lords unamended.

EDF has insisted the amount added will be relatively insignificant, at about £2 a year for the first phase, rising to a peak of £12 a year.The total cost of Sizewell C is expected to be about £20bn.That is slightly less than the plant currently under construction at Hinkley Point, in Somerset, as Sizewell C will be a near-identical replica, creating cost savings.However, those numbers are expected to rise as global inflationary pressures affect prices of steel, cement, wages and the large amounts of energy required to build plants of this size.The £20bn in capital (at current prices) is expected to be financed with about one-third in equity – or cash up front – and the remainder in debt borrowed from financial markets.

The government has already committed £100m to the project’s development.

Taking a 20% stake would see that rise to between £1.5bn and £2bn.Nuclear industry insiders say proposed reforms to EU-wide financial regulations (Solvency II) will make it easier for pension funds and insurance companies to invest in long-term infrastructure assets like nuclear.While some Suffolk business groups would welcome the jobs and skills that would be brought to the local economy, there is significant opposition to the plant both at a local level and more widely from those who argue big nuclear is slow, expensive, old fashioned, risky and threatens local wildlife.Anti-Sizewell groups have mounted planning challenges and are expected to demand a judicial review of any approval.

However, the government is convinced it is a source of non-imported, low carbon, “always on” electricity and has a target for nuclear to contribute 25% of the UK’s power needs.Nuclear currently produces about 16% of UK power but, of the eight plants still in operation, all but one are due to be switched off by 2030.Only Hinkley Point C is currently under construction.That plant alone will produce 7% of current needs when it comes online in 2026.The government is also keen to accelerate the development of smaller reactors, of the kind being developed by Rolls Royce, but designs for these are still at an early stage.

Critics argue other technologies like solar and wind are cheaper, faster and greener to deploy.While the current energy crisis, exacerbated by the Russia-Ukraine war, has made a powerful argument for weaning economies off volatile fossil fuels, it has also painfully demonstrated that point is still some way off.Video: Suncor Energy CEO: Canada can help U.S.replace Russian oil imports (CNBC).

Mon Mar 28 , 2022
Austin, Texas-based 3D printing construction company Icon has unveiled a luxury printed home with an ADU.The ADU tiny home and the 2,000-square-foot home were printed at the same time in eight days.See inside the tiny home complete with a bedroom, kitchen, and bathroom.Tiny homes may be, well, small, compared to […] 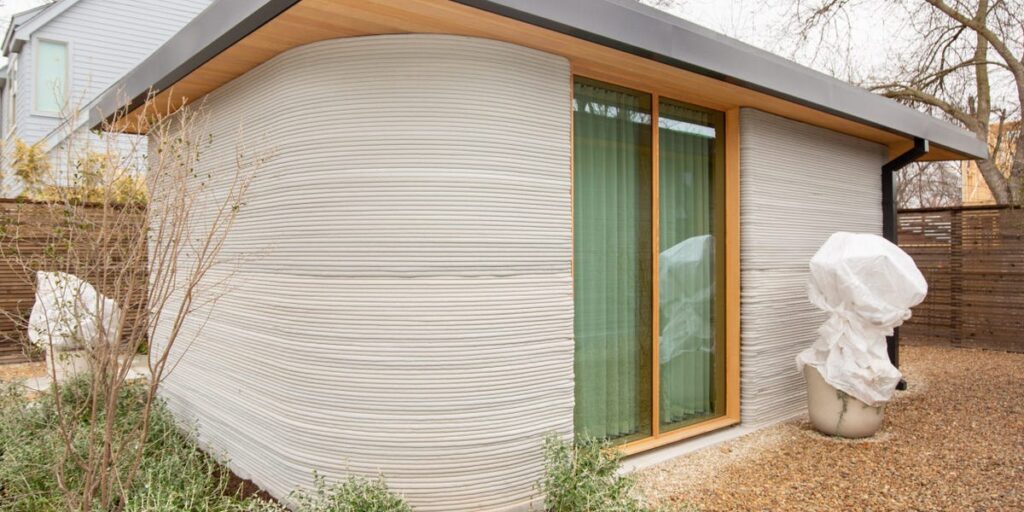