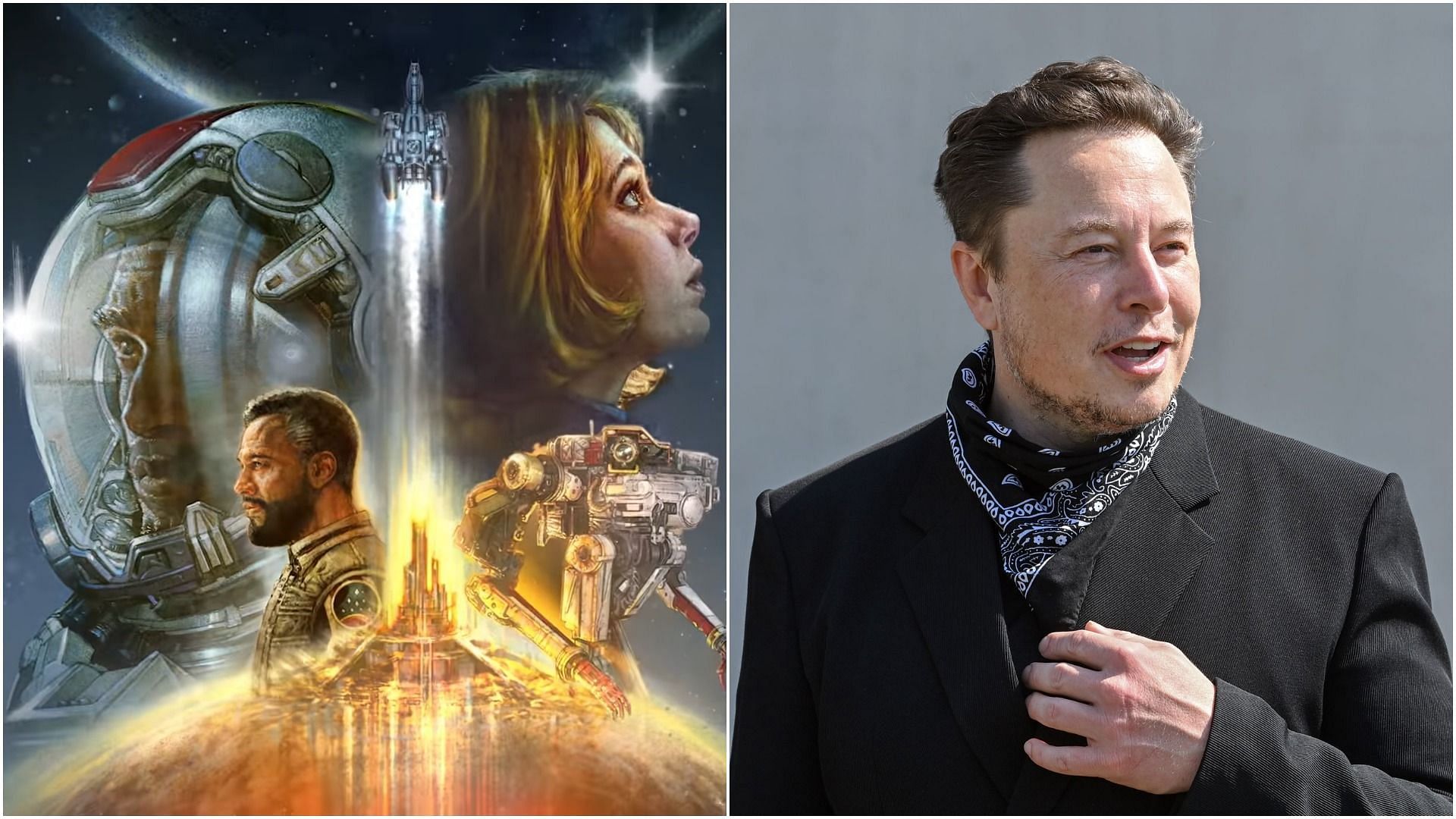 ‘) > -1) { addClass($(‘.section-container’), ‘pill-tag’); } 2022’s most anticipated games have some spectacular titles, with Starfield at the top of the charts.The sci-fi space-themed video game has been in the making for a long period of time, and fans are extremely excited.

The game has been dubbed ” Skyrim in Space,” which has enhanced its reputation even more.Among the many things the developers have done, the collaboration with SpaceX and the influence of Elon Musk could benefit the game massively.

Making a video game of Starfield’s scale is never easy as there are a huge number of components to check.It’s quite understandable why Starfield has been so long in the making.

Additionally, the game will potentially want to stick to realism as much as possible while being entertaining.The association and Todd Howard’s journey to SpaceX could help ensure both.

Starfield’s association with Elon Musk and SpaceX can be massively beneficial It was quite interesting when Todd Howard broke the news about him traveling to the SpaceX headquarters.While Howard didn’t divulge all the details about the meeting, rumors and opinions were all across social media.

Despite the lack of details, there are two major ways the game could benefit from its association with SpaceX.

It’s apparent from the reveal and trailer that space exploration will be a core part of the game.While any video game can enjoy artistic freedom, Starfield will also need to ensure a degree of realism.Without it, the game could easily be criticized.

Outside of governmental agencies, SpaceX perhaps has the most in-depth knowledge of space travel.Implementing their feedback could radically improve the details related to space travel in the game.Factors like gravitational force and atmospheric pressure can be much more realistic, which will test the players instead of providing a linear approach.

This could also mean that Starfield will have some kind of survival system that would fit well along with the exploration part.The difficulty will likely be changeable based on difficulty settings, but it will be a nice challenge for the players.Such a system will also ensure that players will need to strategize instead of taking a traditional approach.

Another major contribution could come with Elon Musk’s association with SpaceX.

Todd Howard traveling to SpaceX definitely has a lot to do with realism, but there has to be an element of fun.

After all, a video game that’s not fun gets boring and might divide the players quite quickly.

Elon Musk is known for his love of video games.He is extremely public with it, and he regularly tweets about references from Elden Ring.He is an avid gamer and can bring his expertise to the game.While he and his organization’s scientific knowledge could help improve the game’s realism, Musk could also influence the fun parts.

Elon Musk @elonmusk @BillyM2k @nichegamer Played some & will continue.I use & ⌨️, which is suboptimal, but ok with remapping.

SpaceX is not a usual collaboration when it comes to video games.

Yet, Starfield makes great pairings considering them and the intricate elements that are part of the game.There is still a significant amount of time left before the game releases.Unless there’s a further delay, the game will be released on November 11, 2022.

Starfield will be an Xbox exclusive on consoles and will be available on day one on the Game Pass.Additionally, PC players will also be able to enjoy the game as well, and a Steam page is already up for the public.

Also Read Article Continues below Elon Musk trolls Cyberpunk 2077 with savage meme Starfield release date, platforms, requirements, gameplay, and more revealed Elon Musk says he only plays games on one console Much more details are awaited, and a possible showcase could feature in the near future.Once the game is released, SpaceX’s influence will become visible, and it remains to be seen what kind of experience will be offered..