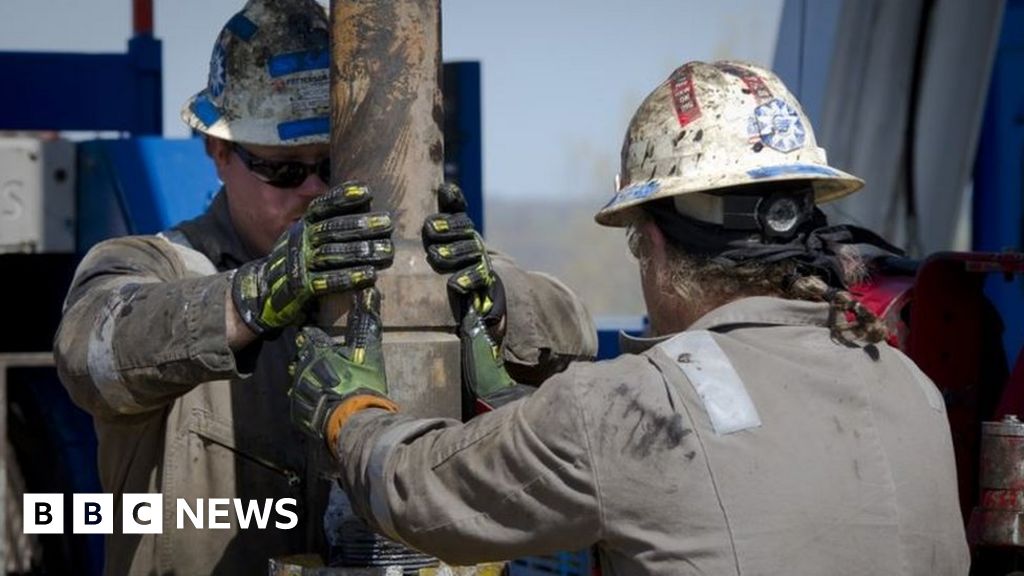 The company claimed extracting shale gas in the UK could make the country “self-sufficient in 10 years”.

The firm has written to the government asking to develop a site, with its boss Sir Jim Ratcliffe saying such a move would “reduce the cost of energy” and ensure “long-term energy independence”.

The offer comes after the government ordered a new report into fracking.

However, the government’s strategy made no mention of fracking, a method of extracting gas and oil from shale rock.

Fracking involves drilling into the earth and directing a high-pressure mixture of water, sand and chemicals at a rock layer in order to release the gas inside.

What is fracking and why is it controversial? Minister orders review of fracking impact How high could my energy bills go? The technique was halted in the UK in 2019 amid opposition from green groups and concerns over earth tremors, but there have been calls to rethink the ban, given the recent rise in the cost of energy.

Sir Jim, the founder and chairman of Ineos, said that with the UK in the “midst of an energy crisis”, it was a “ridiculous situation with so much gas under our feet”.

He said extracting shale gas would allow “the UK to benefit from its own resources, massively reduce the cost of energy and ensure our long-term energy independence”.

“We are today offering to drill a shale test site to show that a competent operator can be trusted to develop the technology safely,” he added.

Image source, Getty Images Image caption, Sir Jim Ratcliffe is one of the UK’s richest men Ineos said while it was invested in what it called the “growing renewables revolution”, the technology was not yet reliable enough to take over.

The company said the UK would need gas for three decades as it moves completely away from burning fossil fuels.

“Fracking has been safely used in the oil and gas industry for over 50 years.In the US, over one million wells have been safely used and have transformed the energy security of the country,” Ineos said.

The UK met 48% of its gas demand from domestic supplies in 2020, and bought the rest on international markets, according to the Department for Business, Energy and Industrial Strategy.

Russia’s invasion of Ukraine has led to many countries, particularly European Union members who rely heavily on Russian gas and oil, considering where they get their supplies of energy from.

Chris O’Shea said there needed to be an “informed debate” about it.

Some senior Conservatives have also called for a rethink on fracking amid concerns over security of access and rising energy prices.

However, environmental group Greenpeace has said there has been “a decade of hype and bluster” around shale gas.

Image source, Getty Images Image caption, The fracking site owned by Cuadrilla Resources in Lancashire had to halt activities in 2019 following concerns about small earth tremors Previously, Greenpeace said that fracking would not improve energy security, because any gas extracted would belong to the gas firm doing the drilling, not to Britain, and it would be sold on international markets.

Many environmental groups have said they are concerned about the potential for fracking to cause earthquakes.

At Cuadrilla’s site in Lancashire, more than 120 small tremors were recorded while it was drilling.

“If at any stage the science shows there are problems, we will stop and make good the site,” he said.

“But if, as we believe, the opposite is true, we would ask that the government looks again at shale gas which would allow the UK to benefit from its own resources, massively reduce the cost of energy and ensure our long-term energy independence.”