Climate change is one of Australia’s biggest challenges.But according to the government and Labor, it’s not so clear-cut

Climate change poses one of the biggest challenges of our lifetime, but a quick glimpse at what the two major parties are spruiking as we move from the budget to the election, and it might not seem so clear-cut.

Take a look at the Morrison government’s budget.

The switch to renewable energy is the easiest and most urgent part of solving the climate crisis, as scientists have been telling us for decades.

But as for that urgency? It wasn’t top of mind in the government’s budget, which included no major new funding for renewable energy generation.

In fact, when the government added up its total “climate spending” in the budget papers, it revealed a 35 per cent cut between now and 2026, with a total of $700 million less being spent on climate in 2026 than today.

It’s not clear exactly what programs that money is coming out of.Some will be savings from the government’s Emissions Reduction Fund, but the budget papers don’t spell it out.

Wherever it’s coming from, the budget papers show there’s no plan to reinject that money into reducing emissions within the next four years.

There’s few climate measures, but one could be a ‘trick’

There were no new dollars for electric vehicles (an area where Australia is trailing much of the world) and no new money for transitioning communities reliant on coal jobs (something sorely needed for the government to meet its target of net zero emissions by 2050).

The government has set aside $148.6m for 60 community renewable microgrids, improve reliability of regional electricity supply without reliance on dirty and noisy diesel generators.

But that funding extends beyond the period covered by the budget, and the papers don’t explain how much of that, if any, is ‘new’ money — that is, not already announced elsewhere, something [experts have identified](/news/2022-04-01/budget-transparency-takes-a-dive/100954074) as a “trick” used throughout this year’s budget.

There has been one significant shift in the government’s approach to climate change in this budget compared to the last one.

Last year, the government’s narrative explicitly embraced the support of fossil fuels as a central focus of the budget: it was sold as the “gas fired recovery”.

This year, the word “gas” didn’t appear once in the treasurer’s speech.But according to analysis by the progressive think tank The Australia Institute, the budget includes nearly $4 billion of measures, most of which will eventually make its way to the gas industry as subsidies.

Most prominent in the budget papers was an allocation of $50.3 million to “accelerate the development of property gas infrastructure”.

The gas industry itself was pleased with what it saw, with the industry’s lobby group noting in a press release: the “federal budget confirms gas central to the economy”.

“Our technology-not taxes-approach will make sure Australia meets and beats our 2030 emissions target, and plays a leading role in bringing down global emissions by investing in the technologies that won’t just help Australia, but will help the world,” he said.

Labor has a plan, but its target is weaker this election

Modelling commissioned by the opposition suggests it will drive $76 billion of private investment in renewables, lower energy bills and get Australia to the Labor Party’s 2030 target: a 43 per cent cut in emissions below 2005 levels.

But it’s that target that has been a source of criticism from climate scientists and conservationists.

While it’s significantly better than the Morrison government’s target of 26 per cent, it’s weaker than Labor’s target at the last election, and not what experts say Australia needs to do to help keep heating at below 1.5C — and not even enough for 2C.

According to the Climate Targets Panel, Australia needs to cut emissions by 74 per cent by 2030 to do its fair share of stopping warming at 1.5C and 50 per cent to stop it at 2C.

On the ground, there’s grave concerns

There are other parties and groups with stronger targets.

The Greens’ policy includes a 75 per cent cut to emissions by 2030 and an immediate ban on the construction of new coal, oil and gas infrastructure.

And there’s now a swathe of independents running in traditionally Coalition-held seats, calling for stronger targets.

Zali Steggall, the member for the Sydney seat of Warringah — which she took after dethroning the previous member, Tony Abbott — has supported a 60 per cent target for 2030.

And Allegra Spender, an independent running for the Sydney seat of Wentworth — also once held by another former PM, Malcolm Turnbull — has backed a 46-50 per cent target, which is the same as that supported by the Business Council of Australia.

As for the two major parties, you can’t help thinking they want climate change to be a secondary issue this election.

If you live in NSW’s Northern Rivers though, a region lashed by severe flooding for the second time in a month, it’s a hard one to ignore.

During the first floods in early March, global climate experts like Mark Howden, head of the ANU Institute for Climate, Energy and Disaster Solutions, said climate change had played a hand.

“We can say climate change is already embedded in this event.These events are being driven by particularly ocean temperatures, and we know very well that those have gone up because of climate change, due to human influence,” Professor Howden said.

The real-time plight of towns like Lismore is something any prospective leader of this nation would ideally factor in when divvying up the dollars.

“We’re a tough bunch up here.But you can only stretch that resilience so far before you’re going to say ‘I’m going to call it quits,'” she told the ABC, after the first floods.

Now, after this week’s second wave of floods, her outlook underscores the bleak reality – for Lismore, and beyond.

“We’ve hit a low point because you look at it, and you wonder how long it is going to take to recover from this.”.

DOH not answerable to people getting second booster

Sun Apr 3 , 2022
Watch more on iWantTFC MANILA – The Department of Health (DOH) on Saturday warned against getting more than three COVID-19 jabs, as the government finalizes rules for a fourth anti-coronavirus shot. Health Undersecretary Myrna Cabotaje said there were some reports of people who have received more than three doses. Duterte […] 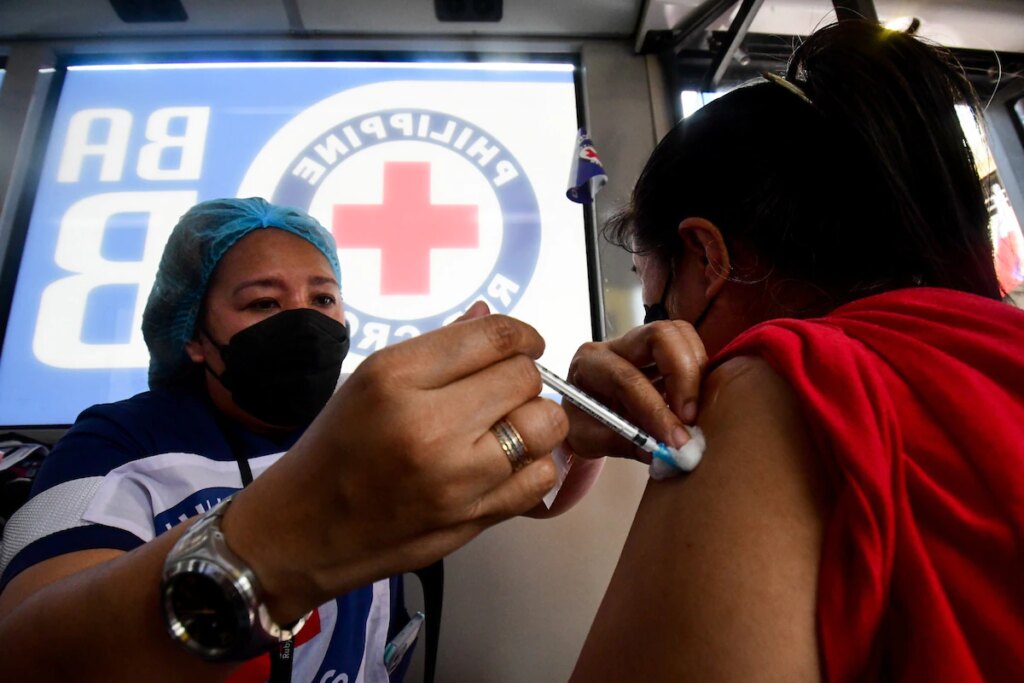