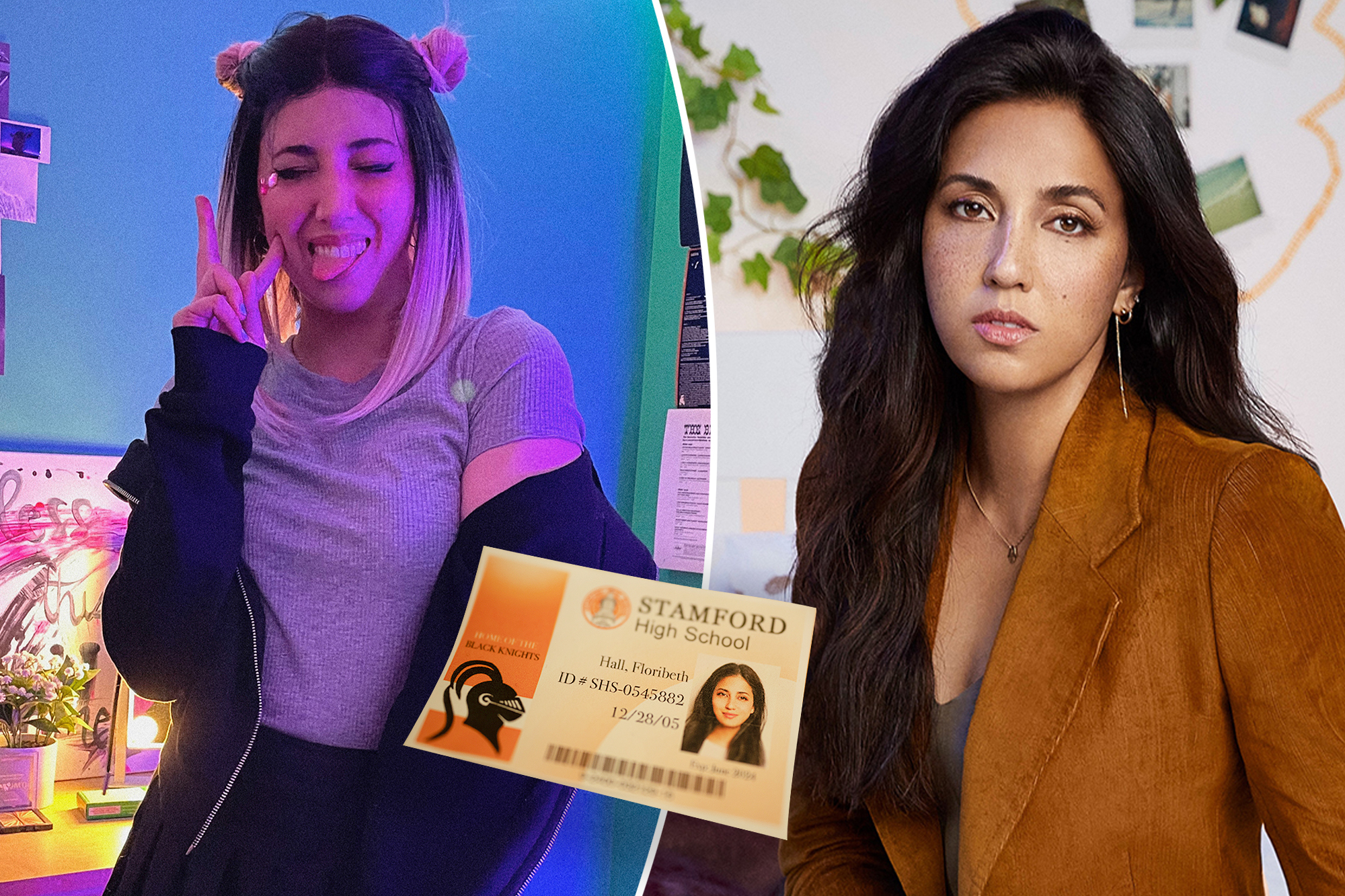 The 45-year-old insisted he could drive more than 800 miles through the night — from Oklahoma to Illinois — “just to see you” and help the teen take legal steps to “emancipate” herself from her parents so he could marry her.

But the high-school sophomore Jones thought he was seducing over video chat was actually a 38-year-old mom-of-three from New Haven, Conn.

Jones was sentenced to 10 years in prison thanks to Powell’s undercover work, and this is the first time she has been able to publicly identify one of her busts since founding the nonprofit SOSA (Safe from Online Sex Abuse) in 2020.

Roo Powell has around a dozen teen personalities that she retires and resurrects in rotation to catch predators.The organization’s work is featured in the new TV documentary series “Undercover Underage,” which debuts on Investigation Discovery on Feb.24.It’s currently airing on the streaming service Discovery+ .

Cameras follow Powell and her fellow investigators as they help police bring perverts like Jones to justice.

She said that, on any given night, she could be messaging with as many as 30 ACMs (Adults Contacting Minors), and that her team has been able to identify and turn over several to authorities, including 10 on her show.

“I’m not law enforcement,” Powell said.“I don’t want to do [the cops and prosecutors’] job and, once I’ve played my part, I’m hands-off.”

She rents a property set up with fake bedrooms for video calls with the predators.

Park Slope Productions The mom, who was previously employed in the tech space, became interested in online child safety after working on a project exposing the ubiquity of predators who groom kids on the Internet.

Jones found “Alex” on Instagram — her account shows Powell posing in a blond wig and wearing trendy AirPods, sparkly makeup and glitter at the corner of her eye.Her username was ur_wasian_baby and her bio read: “15 and lovin lif chicago” above emojis of a gaming console and some cherries.

“Alex lived with her dad and her mom was kind of in and out,” Powell said, adding that she creates an individual “story” for her assumed characters.She has around a dozen in total which she retires and resurrects in rotation.“She didn’t like her stepmom and had to move to a different school.But she was a normal teenage girl with a normal Instagram account.”

Powell’s nonprofit group Safe from Online Sex Abuse works to identify the creeps who reach out to her.Park Slope Productions Jones zeroed in on Alex by direct-messaging her on Instagram.

“He started off … with: ‘You know, I’m here for you because we’re friends,’” Powell recalled.“Then it turned into: ‘Oh, and, by the way, I’m having issues with my wife and you’re so wonderful.’”

Within a week, Jones had progressed from direct-messaging and texting to wanting to do video calls with Alex.

“A lot of the things he said became really lascivious — he’s talking about wanting to essentially deflower her, wanting to marry her and have a kid with her after she’s emancipated herself,” Powell said.

Powell uses wigs and makeup to make herself appear much younger.Park Slope Productions She plays some of his voice messages to Alex in an episode of “Undercover Underage.” Speaking in a low, raspy tone, he repeatedly says that he “loves” her and, on one occasion, says: “You know, Alex, I’ve never got to tell you what turns me on about you.” He said he was excited by her “Asian descent” and found it “very hot and sexy.”

After a week of talking with Jones, she and her trackers were able to pick up enough clues — like when a relative mentioned his last name in an Instagram comment — to identify him.

That’s when Powell Googled him and discovered that Jones was awaiting sentencing for soliciting sexual conduct/communications with a minor following a sex sting in July 2019 near his hometown of Okemah, Okla.

Powell used this Instagram account to help police catch Cullen Jones, a former deputy who was awaiting sentencing for pursuing an undercover detective pretending to be an underage girl.

Cops had arrested Jones when he drove to allegedly meet a “girl” whom he believed to be 14 — in actuality, an undercover detective.He had told his prey that he wanted to act out a “daddy-daughter” sexual relationship with her and that he was interested in S&M and bondage.When Jones was arrested, police found gloves, a knife and a collection of zip-ties in his truck.

Powell’s crew contacted the cops in Oklahoma right away.Powell said: “We asked ourselves: ‘What is this guy capable of?’ It was like he thought he was untouchable.”

They spoke with Maj.

Adam Flowers of the Canadian County Police Department, who was in charge of Jones’ case and confirmed media reports that Jones had worked for 10 years as a sheriff’s deputy in a neighboring county.

During the filming of “Undercover Underage,” Powell plans strategies to engage potential predators.“It was really upsetting,” Powell remembered.“He did the opposite of protecting people.”

Jones had promised the court not to contact minors as part of his plea deal.If Flowers could show evidence of the violation to the judge, it could lead to a longer sentence.

“If he wants to meet … go for it,” the cop told Powell.She launched into her usual routine of applying fake eyelashes and “a ton of concealer to cover up my [under-eye] bags.”

Next, she got on a video call with Jones, from Alex’s dimly lit staged bedroom —decorated with fake vines of trailing ivy and vinyl records stuck on the walls.

The meticulously decorated set is one of three separate bedrooms in which Powell hangs out while posing as a teen.They’re located inside a property the team often rents for stings.

The fake rooms are decorated with youthful details such as trailing fake ivy, celebrity posters and vinyl records.“You’re beautiful,” Jones told her.

“If we were together, I would sit there and stare at you.”

The girl asked how that could happen since he lived so far away from Chicago.“What does that mean for our future?” she said.

Jones replied: “I think it can be overcome.

Here in the future, we can be together.You’d be with me as my wife.”

He explained the concept of emancipation, saying: “people do it all the time – to get away from their parents,” and that Alex would not have to “deal with” her dad anymore “because you’d be with me … you wouldn’t need him.”

Park Slope Productions Jones assured her that he’d “love” to father her baby.

The conversation ended with the predator referencing the 12-hour drive from Okemah to Chicago.“If I left now, I’d be there about 5 in the morning,” he said.“Just to see you.”

From there, Powell and SOSA gave the recording to cops in Canadian County.

Two months later, the judge slapped the felon with a tougher sentence: Ten years instead of the originally expected minimal jail time of one to two years, or even just probation.

Powell is facing down 40 but hopes to continue her mission as long as “it makes sense.” Powell told The Post she feels a “sense of relief” when predators are brought down because “they can no longer [pursue] any new victims.” But, she added, “I don’t go around clinking gin glasses because, ultimately, it’s very sad.”

The crime buster said she would continue her mission “for as long as it makes sense and I can be effective.” It might seem that her ability to look like a teen will be more challenging as she enters her forties, but she’s confident SOSA’s “digital touch-up trickery” will continue to work its magic on her face and body.

As for training someone younger to become her successor, Powell is not convinced she will be able to find the right candidate.“It’s a difficult thing to pull off,” she said.“There’s much more to it than dressing up in hoodies and posing with silly facial expressions.”

Powell pointed out that it’s important for her to keep close tabs on “teen culture” and know that Harry Styles is in and Justin Bieber is very much out.

To this end, she gathers such information from her own teen — the eldest of her three daughters — who is proud of her mom’s advocacy work.The girl has even accepted her parents’ decision not to allow her or her tween sisters to have social media themselves.

“There’s a little bit of, ‘Mom, I’m basically ostracized because I don’t have Snapchat’ but she does understand.”.

Fewer and fewer console games are seeing a physical release 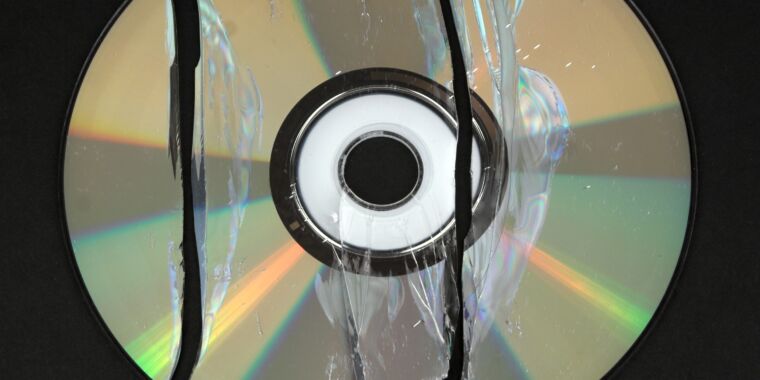