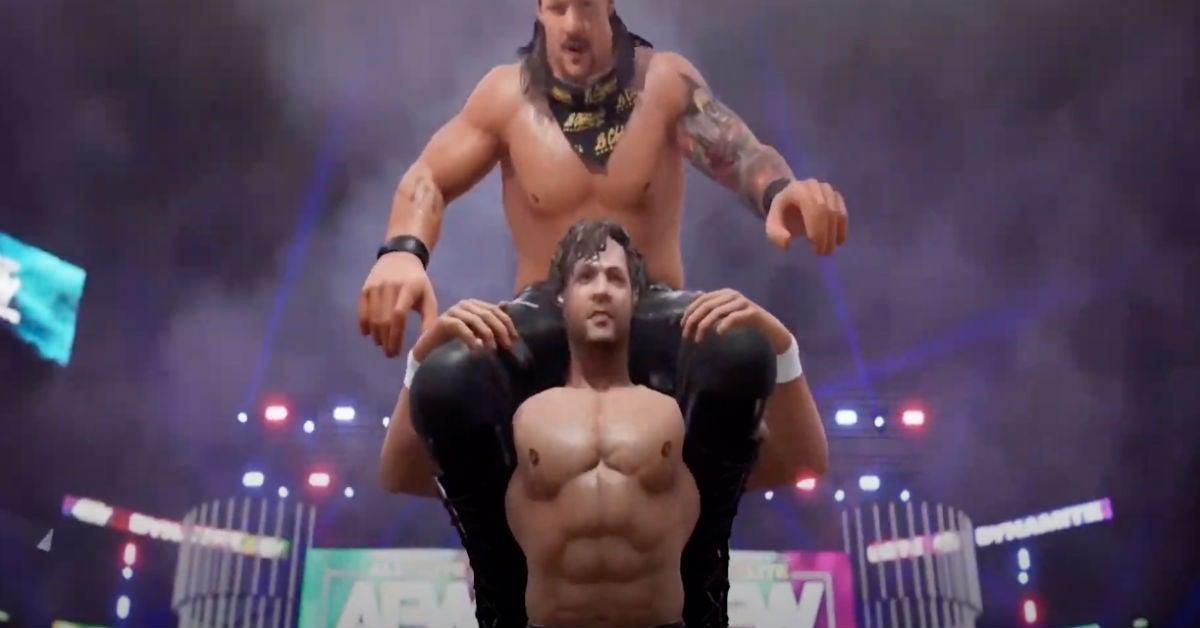 AEW’s first console video game was announced back in November 2020 and there’s finally an update on the game’s release date.According to Fightful Select’s Sean Ross Sapp, the “tentative internal release date” has been set for September for quite some time.Fightful had previously broken the news that the game had yet to find a publisher, though that has apparently changed (though not officially announced).

The game is being developed by Yuke’s, which previously worked on WWE console games for nearly two full decades.Hideyuki “Geta” Iwashita, the director of the classic title WWF No Mercy, will also be contributing.

Kenny Omega spoke with the Wrestling Observer back in February and gave an update on the game’s development.He said at the time, “It is coming along though, and for us, at least for me, there’s a, there’s a large emphasis on just the wrestling aspect of the game.We want the wrestling too, and it’s tough to get that balance, but we want it to feel like, how a match would flow with, within a video game.So you know the matches will go, probably go, probably in general, go a little quicker.

But, we want them to feel like the user is able to assume the role of their favorite AEW Superstar and/or whoever it is that they create in the create-a-wrestler mode and when they mix it in in the ring in whatever match type that they choose, that they’re having a fun time and they feel like they’re in control of their person and that the moves have impact.

They feel everything, and that it’s fun.But at the same time, if you want to be really competitive about it, you know there is that there too.”

He also addressed the comparisons the game will eventually get to WWE 2K22, WWE’s latest installment with 2K Games that dropped last month — “We’ll never be to compete with the production value of WWE’s game.

You look at 2K22, it’s absolutely gorgeous.So I’m excited to see all their bells and whistles when it finally releases.

But for us, rather than pushing, pushing the envelope massively or anything like that, we just want the wrestling to feel like how it used to feel for the people who would play wrestling games back in the day.And just have fun with fellow wrestling fans, or, you know, people that just want to have fun with their buddies.”

Report: AEW Is Tentatively Targeting A September Release For Its Console Game

Fri Apr 15 , 2022
The All Elite Wrestling video game is on its way. According to Sean Ross Sapp of Fightful Select, the tentative release date, as of this week, is set for late September.Ross Sapp notes that there’s “plenty of work to be done”, but a 2022 release has been the plan for […]