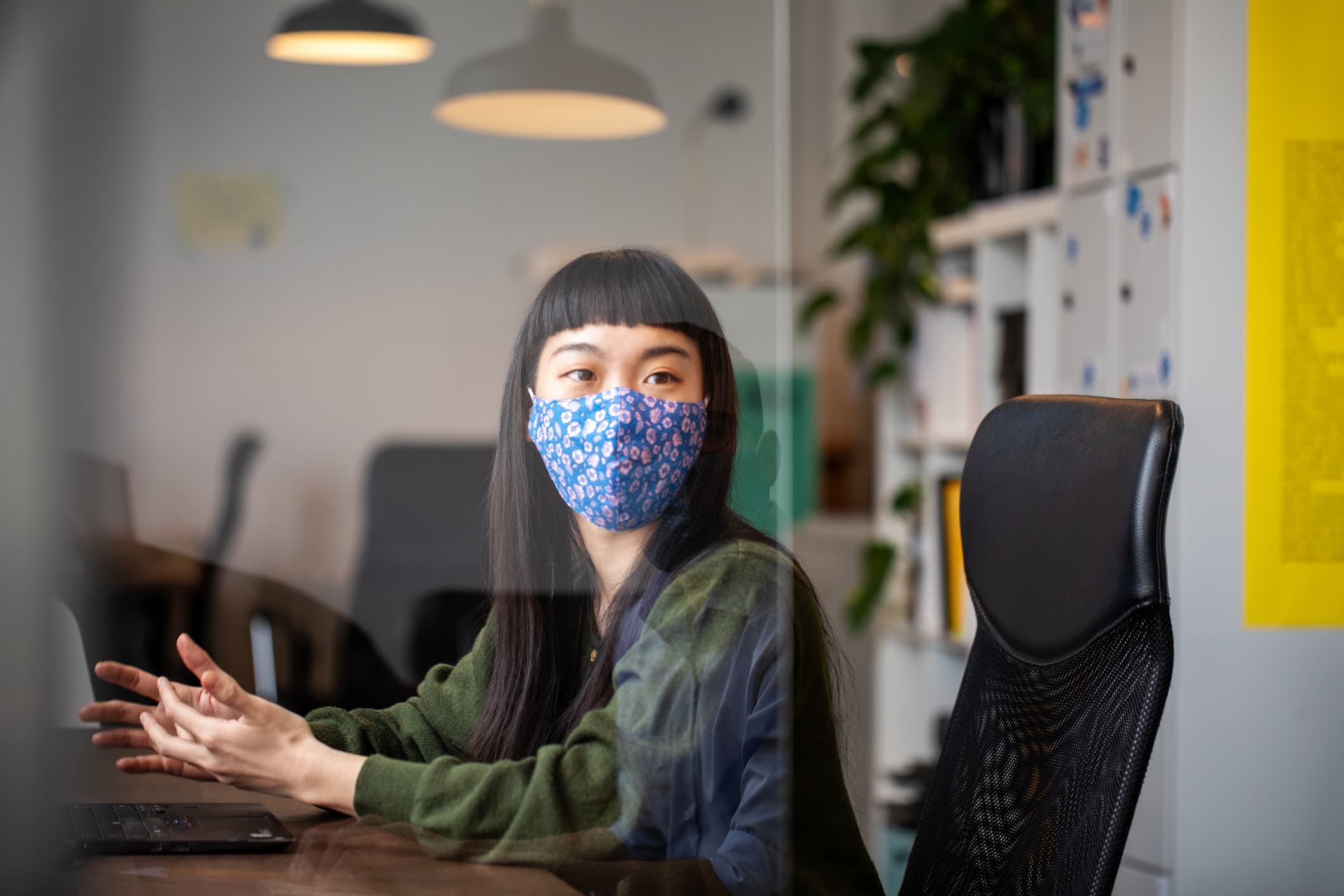 “It’s not just about getting another job, or leaving the workforce, it’s about taking control of your work and personal life, and making a big decision – resigning – to accomplish that,” he tells CNBC Make It.”This is a moment of empowerment for workers, one that will continue well into the new year.”

Below, Klotz shares his three predictions for what work will look like in 2022: The Great Resignation will slow down

Quitting will continue in 2022 — but Klotz doesn’t expect turnover to spike as high as it did last year.

Americans quit jobs at a record pace during the second half of 2021, and more plan to resign in the new year.About 23% of employees will seek new jobs in 2022, while 9% have already secured a new position, according to a December ResumeBuilder.com poll of 1,250 American workers.

Although Klotz predicts that quitting will continue steadily at similar, elevated rates we’ve seen over the past year, he’s not confident that “we’ll see another big quitting wave in 2022,” he says.

That’s because the tight labor market has pushed companies to offer better benefits and higher salaries , which Klotz says will keep employee turnover from being “completely rampant” in the months ahead.Flexible work arrangements will be the norm, not the exception

The freedom to work from anywhere has become the most sought-after benefit during the pandemic – so much so that people value flexibility as much as a 10% pay raise, according to new research from the WFH Research Project.

More companies will embrace this change to attract and retain talent, Klotz argues.

“Leaders are starting to ask, ‘How can we give people more power over their schedules? How can we be more flexible?'” he says.

Managers that blame external factors for turnover – whether it be government leadership, the pandemic, unemployment benefits or other reasons – and refuse to offer flexible work arrangements will be the “losers who struggle in the wake of the Great Resignation,” Klotz adds.

Klotz expects that a flexible working culture will lead to better work-life balance and improved mental health for employees.

“A silver lining of this horrible pandemic is that the world of work will take a huge positive step forward for workers,” he says.

As companies struggle to hire in the United States, a growing number of managers could turn to automation and international candidates to fill open roles.

The pandemic accelerated the trend toward automation as companies embraced digital waiters, concierges and other technologies amid social distancing rules and virus fears.In 2020, the World Economic Forum surveyed about 300 global companies and found that 43% of businesses expect to reduce their workforces with new technology.

Klotz predicts that companies will make larger investments in robots and artificial intelligence to reduce hiring times and costs even after the pandemic subsides.

Those same benefits could push companies to hire more international candidates for remote roles and create even more competition for remote jobs, he adds.”In the United States, employees tend to be paid higher wages than people in many other countries,” Klotz says.”If you’re a remote organization, you can recruit workers from all over the world who can do the same job for a cheaper rate.”

Sat Jan 15 , 2022
New York (CNN Business) Consumers are getting grumpy about inflation, Omicron and a host of other challenges.That’s not a good sign for the US economy. Americans shopped less in December, causing the first drop in retail sales since the summer .Sales dropped 1.9% compared with November, adjusted for seasonal swings, […]