Infidelity is hard to hide, especially if you end up screwing up like this man did.According to a PTI report, a 41-year-old man and his girlfriend were charged with an offence after the former allegedly used his wife’s Aadhaar card for identification to check into a hotel in Pune, Maharashtra.The report said that a case was registered against the couple at Hinjewadi police station on Tuesday.According to the police, the man is a Gujarat-based businessman and his wife is a director in the company.The wife, who is also the complainant, had installed a GPS device in her husband’s car and found out that he was cheating on her and lodged a complaint.

“The woman had fitted a GPS tracker in her husband’s SUV.In November last year, when he told her about his business trip to Bengaluru, she checked his location and found that the car was in Pune,” the official said.The complainant contacted the hotel and the staff informed her that the man had checked in with his wife.

After examining the CCTV footage, the woman found out that her husband had checked into the hotel with another woman, using her Aadhaar card, the official said.A case under section 419 (cheating) of the IPC has been registered against the man and his girlfriend, who are on the run.For more trending stories, click here ..

Major storm dumping ice and snow on much of Northeast

Sat Feb 5 , 2022
A major winter storm that already cut electricity to about 350,000 homes and businesses from Texas to the Ohio Valley and caused thousands of flight cancelations nationwide will leave wide swaths of Pennsylvania and New England glazed in ice and smothered in snow Friday, forecasters said. The storm disrupted flights […] 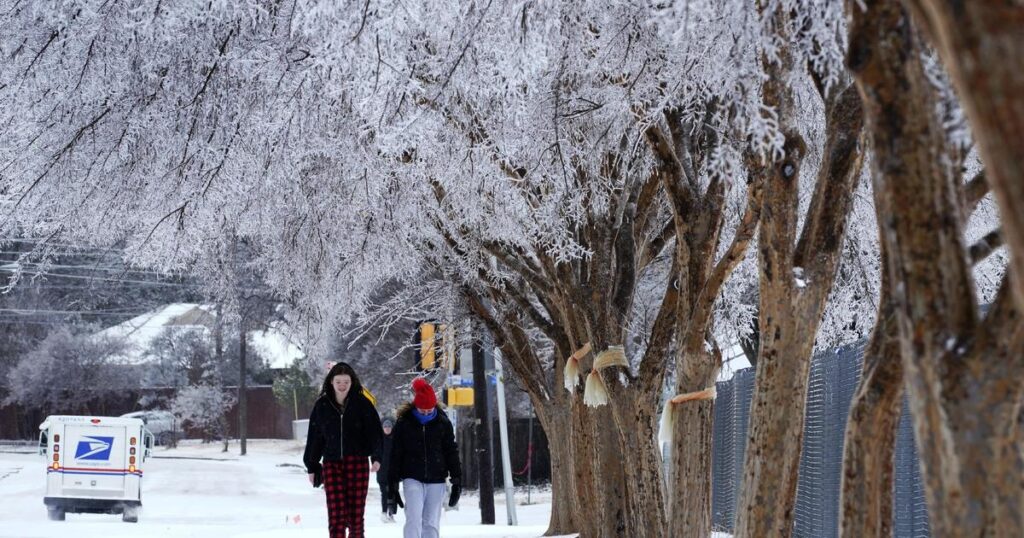