Sony has had a rough few days.The Japanese tech giant has lost a whopping US$14 billion (£10 billion), or about 9% of its total value, since rival Microsoft’s announcement that it is purchasing popular videogames maker Activision Blizzard for nearly US$70 billion.

While some of Sony’s loss is arguably due to short-term panic selling across the wider market, the company is clearly in a corner.PlayStation is Sony’s largest, most profitable , and fastest-growing business, and the loss of a key supplier of games content to its arch-rival could make its consoles less attractive to gamers around the world.

Pulling the Activision content from Sony consoles would be a huge decision for Microsoft , of course.Activision’s hefty cash price partly reflects all the present and future profits it earns from PlayStation – the new PlayStation 5s are expected to outsell Microsoft’s Xbox Series consoles by about two to one in 2022.And note that nearly eight years after Microsoft bought Minecraft developer Mojang, that game is still on PlayStations.

The latest takeover will also take at least a year to complete, and Microsoft will inherit the ongoing investigation and lawsuits against Activision by US authorities over alleged abuse and harassment of female employees, among other HR issues.

That could clearly cause problems down the line.

This gives Sony breathing room to respond boldly to this existential danger.

Sony’s biggest threat from Microsoft is actually Xbox Game Pass, a Netflix-like subscription that allows users to download or stream hundreds of titles at just US$15 per month.Game Pass has 25 million subscribers and is a boon for price-sensitive PC and console gamers, frequently offering blockbuster titles on launch day.

Every time Microsoft buys a videogame maker, it has put their entire games catalog on Game Pass, giving gamers a fear-of-missing-out (or FOMO) similar to what makes many people continue with their Netflix subscriptions.While Game Pass’ profits are still questionable at this early stage, subscriber numbers are rising exponentially.

Sony’s similar service, PlayStation Now, has just 3.2 million subscribers.Despite a much bigger catalog of games and a competitive monthly price of US$9.99, its streaming performance and availability are among the worst of its peers: Sony is still using tech that is nearly nine years old, from its purchase of a startup called Gaiki .

When a market-leading business is replaced, the upstart almost always starts by selling to neglected budget users – witness how digital cameras defeated Kodak, for example, or how Netflix took on DVDs and BluRay by aiming squarely at the lower end of the market.By allowing Microsoft to get entrenched with budget gamers, Sony has exposed itself to an emergent business model that it might not be able to compete with.

The fastest way of catching up might just be to buy Google’s struggling Stadia streaming service.Stadia’s performance and reach is among the best, and its failure can be distilled down to a lack of content and a business model that charges users separately for games and platform access.Combining Stadia’s tech with PlayStation Now’s vast catalog and simple price point could put Sony back on the offensive.

Google Stadia is great tech but struggling.Credit: Dennizn 2.Grow out of semiconductor dependence

The world semiconductor shortage has hit console sales by slowing down production.Sony, however, has a slight edge from having decided to increase production of its legacy PlayStation 4 consoles.

These are much older than Microsoft’s equivalent Xbox Series S, meaning they use simpler chips and are easier to manufacture.

Yet this advantage is not sustainable, given the semiconductor drought will likely continue for a number of months, and the increasing appetite for gaming.The solution is to let gamers stream titles to devices other than dedicated consoles, but PlayStation Now is far from ubiquitous.This shows a clear lack of will by Sony to reduce dependence on its console business, which in turn is critically dependent on semiconductor manufacturing.Whether by buying Stadia or making a step-change investment in PlayStation Now, Sony should aim to make its titles run on most, if not all, smart TVs, phones, set-top boxes and computers.

There are, it should be said, some green shoots for Sony on other platforms.

The company’s latest open-PC release, God of War, has sold quite well and received rave reviews from gamers and critics.

Yet, thanks to Sony’s “exclusivity” strategy of prioritizing the release of its games on its own console first, God of War was on PlayStation 4s four years earlier.

By contrast, Microsoft publishes all its new titles on PC and Xbox consoles simultaneously, focusing on user-base growth and not just console sales.Sony insists it will continue with exclusivity, having relied on it to sell many more PlayStations in the past.Yet not only does Microsoft’s multiplatform approach lower marketing costs and immediately spread the cost of games development across a much larger user base, exclusivity makes little sense when new consoles are in short supply.Sony would be better off copying Microsoft’s strategy.3.Lead the metaverse movement

Microsoft has been at the forefront of the metaverse movement, which plans to merge our digital and physical realities via an augmented or virtual reality (VR) headset.Such technology could be as important an innovation as the internet was in the 1990s, and the Activision deal gives Microsoft control of gaming worlds such as World of Warcraft and Call of Duty which could be the key to mass consumer adoption of VR.

Sony’s PlayStation VR was actually the world leader in these headsets until 2021, when it unofficially lost the crown to the Meta (formerly Facebook) Quest 2 device.

Despite this early lead, Sony’s position on the metaverse movement is unclear.Its upcoming PS VR 2 headset will still be tethered to the PlayStation 5 console, despite customer appetite leaning heavily towards untethered, free-roaming devices.

Sony has long been cautious about new markets and usually waits for others to develop them before swooping in.

But that is unlikely to work against competitors as large, networked, and powerful as Microsoft, Meta , and Apple (which is also rumoured to be developing a VR headset).

Sony needs to move fast and with a clarity of purpose – otherwise, the next decade will see it lose even more ground to these tech giants as they recreate the very reality we live in.

This article by Hamza Mudassir , Visiting Fellow in Strategy, Cambridge Judge Business School is republished from The Conversation under a Creative Commons license.Read the original article .Get the Plugged newsletter Subscribe to our snarky newsletter all about consumer tech.Thank you!.

Mon Jan 31 , 2022
In November 2021 a team of fans at Zelda 64 Reverse Engineering—having spent two years on the project— revealed that they’d painstakingly recreated the entirety of The Legend Of Zelda: Ocarina Of Time .Now, only a few months later, we’re getting a good look at one of the main goals […] 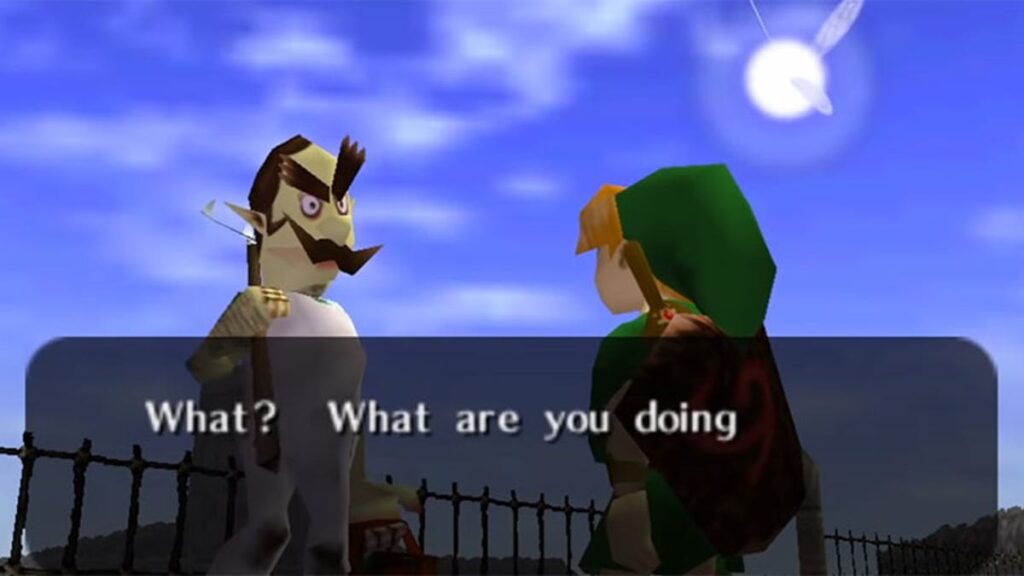