Sixty years ago this month—in April 1962—a group of hobbyists at MIT released the pioneering computer game Spacewar! on the DEC PDP-1, which set the stage for the video game revolution.Here’s a look at its origins and its impact.

A Duel in Space

What is a video game? Does it need a TV set and video signal for a display, or a digital computer to handle game conditions and rules? Should the display be real-time and interactive, or is periodic output from a teletype acceptable? All these questions and more have stymied technology historians in defining the “first video game” as they’ve looked back at the art form’s earliest and most influential works.

While a few primordial visual computer games emerged in the 1950s , the game that arguably first defined “video games” as we commonly know them today—real-time action-oriented fantasy simulations on a dynamic electronic display—emerged in Cambridge, Massachusetts in 1962.In that year, a group of Harvard employees and MIT students led by Steve Russell created Spacewar!, a two-player real-time simulation of a space dogfight.Unlike computer games before it, Spacewar catapulted the player into a tense virtual game world that far surpassed previous computer simulations of checkers, billiards, baseball, tic-tac-toe) , or other down-to-earth pursuits in intensity.No, this was an entirely new thing: An action-oriented fantasy video sport.The video game was born.

In Spacewar, you play as a spaceship (the “wedge” or the “needle” shape) flying in a starfield.Your goal is to shoot your opponent’s ship with missiles launched from the nose of your spacecraft.

As you play in this virtual universe, there’s physics at work: Your ships thrust and move with momentum and inertia, and at the center of the screen lies a gravitational star that pulls both ships inward at all times.(If either ship touches the star, they explode).The result is an acrobatic dance between thrust, momentum, and gravity as you sling your ship around the screen, trying to time the perfect missile launch at your opponent.

A group of Harvard employees and MIT students led by Steve Russell started the development of Spacewar in late 1961 at MIT .

The hobbyist group used the university’s $140,000 DEC PDP-1 computer system (about $1.3 million today, adjusted for inflation), which included a cutting-edge DEC Type 30 CRT display —a key piece of the puzzle that made the dynamic visual nature of Spacewar possible.Russell developed the game in PDP-1 assembly language , and he received development assistance from Wayne Wiitanen, Alan Kotok, Martin Graetz, Dan Edwards, Peter Samson, and others.

Initially, players controlled the game with switches on the console of the PDP-1 computer, but later, Alan Kotok and Robert A.

Saunders created two wired control boxes with a custom switch layout (the first video game controllers) that could be held in the lap of each player.The group also added scoring to make competitive matches more exciting.

After completing the game in the spring of 1962 , Dan Edwards and Martin Graetz announced Spacewar in the April 1962 issue of the DECUSCOPE newsletter, which was aimed at users of DEC computers like the PDP-1.Soon, Spacewar became popular at MIT, and students lined up to play.

University staff had to limit gaming sessions to night or off-hours only, as it began to interfere with other uses of the expensive machine.

The Influence of Spacewar

Not long after Spacewar emerged, DEC began including the game as a demonstration program of the PDP-1’s capabilities.

It shipped already programmed into the computer’s core memory (the first pack-in game , so to speak).In those instances, when the customer powered the machine on for the first time, the first program they ran was Spacewar.

While the PDP-1 wasn’t widely distributed due to its expense (and the additional expense of the optional CRT system), other programmers began to translate Spacewar to work on other computer systems with CRT displays.

The game spread among universities around the United States.One fan of Spacewar was Nolan Bushnell, who encountered the game at Stanford in the late 1960s on a PDP-10 computer.Having worked at a carnival midway , he thought it would make a great coin-operated arcade game (other people had a similar idea and came up with Galaxy Game ).

In 1970, Bushnell and his friend Ted Dabney began developing an arcade game inspired by Spacewar called Computer Space for Nutting Associates, released in late 1971.While their game was single-player only and didn’t technically use a computer, it was the first-ever commercial video game product and the first arcade video game.Less than a year later, the pair founded Atari, which released the wildly successful game Pong in November 1972, catalyzing the video game industry around the world.

In 1972, Stanford hosted the world’s first video game tournament, presaging the era of esports we have today.As arguably the first original computerized “sport,” Spacewar inspired players to hone their reflexes and action-oriented game skills much like a pro in a modern Smash tournament .

While Spacewar itself waned in popularity during the later 1970s as new video game diversions emerged, some of the new titles were distinctly influenced by it.

In 1977, Cinematronics released Space Wars , a vector arcade cabinet that played a variation of Spacewar.

And in 1979, Atari released the smash hit arcade title Asteroids, which borrowed an inertia-addled ship in the setting of deep space but added space rocks to blast.In fact, the ship used in Asteroids, inspired by the “wedge” in Spacewar, even became the navigational cursor icon used widely in tech today.In a way, that tiny little navigational triangle on your screen started in 1962 with Spacewar.

How You Can Play Spacewar Today

Even though Spacewar is now 60 years old, it’s still fun to play if you have a human opponent (the game has no single-player mode).Thanks to Norbert Landsteiner’s mass:werk website, you can play an accurate simulation of Spacewar in your browser.It even simulates the original long-persistence phosphors on the CRT display.

Spacewar might feel clunky at first by modern standards, but if you play it for a while, you’ll notice it’s actually rather elegant, which is likely why it proved so popular during its heyday.Have fun, and happy birthday video games!

– [Gmail Was the Best April Fools’ Day Joke of All Time]

– [Stop Dropping Your Smartphone on Your Face]

– [Do I Need a Battery Backup for My Router?]

– [The Fastest Way to Put Your PC to Sleep].

Wed Apr 6 , 2022
Image Source: Sony Morbius , a movie that looks like complete trash, topped the box office this weekend with earnings just under $40 million.Despite its unlikely success, the movie has also become a meme and a laughingstock. As noted in this bizarre piece from The Hollywood Reporter , people had […] 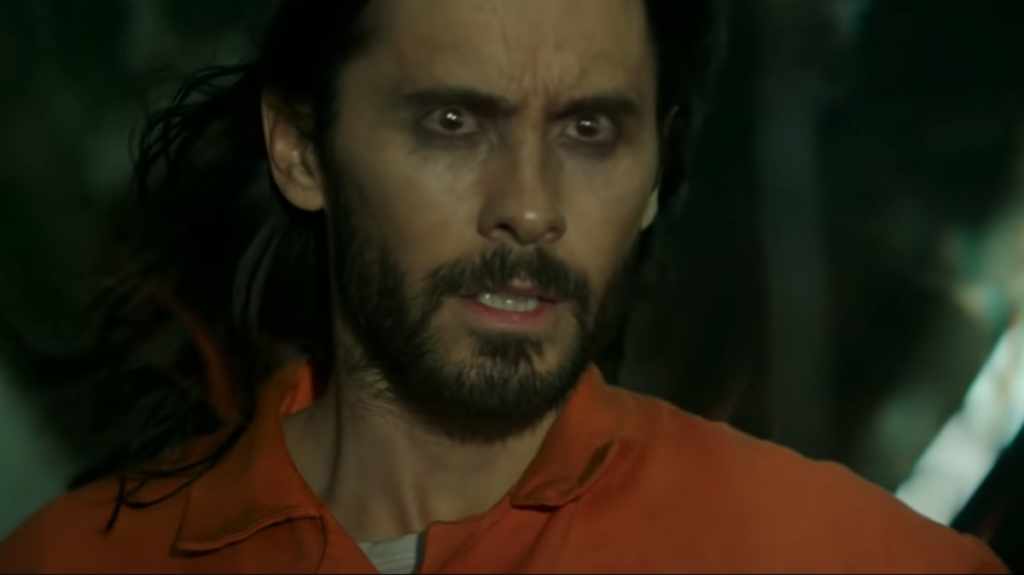