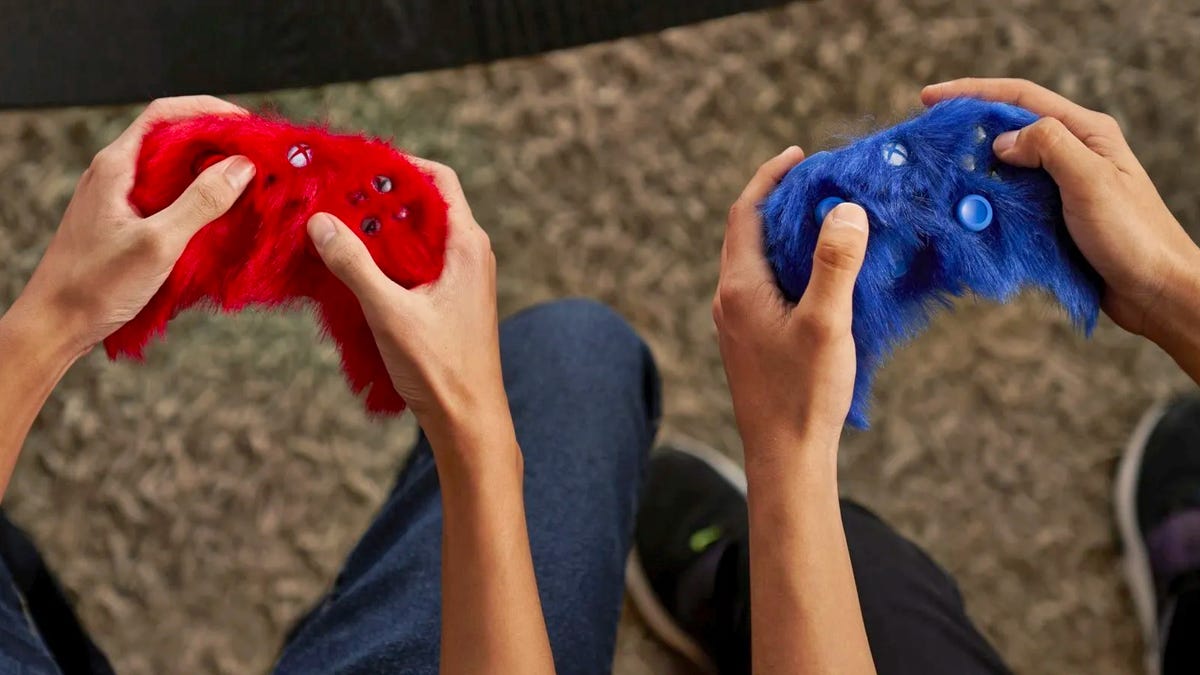 If companies weren’t ever willing to think outside the box and take risks with new products, we’d have never gotten such innovative devices like the Sony Walkman, the Nintendo Wii, or even the Apple iPod.But innovation isn’t always a good thing, and for every weird controller like the Wiimote that wins over consumers, there’s a whole drawer full of bizarre failures.nnThe design of a video game console’s controller is even more important than the games being offered.It’s a gamer’s primary connection to the device, and there’s a reason the design of handheld controllers and gamepads look mostly unchanged since the ‘80s.That’s not to say there isn’t room for innovation—Nintendo proved there is with its Wii—there just wasn’t room in gamers’ hearts for these truly cursed attempts to do something different.nnMicrosoft’s Sonic the Hedgehog Xbox ControllersnnThe catalyst for this look back at controller design no-nos came yesterday morning when Microsoft revealed a special version of the Xbox Series S with matching controllers designed to promote the upcoming sequel, Sonic the Hedgehog 2.Take a good look at whatever controller you regularly reach for and you’ll find grease, grime, dust, and about a thousands other good reasons why a fur-covered gamepad is an awful, awful idea.nnThankfully, these monstrosities are only available to win through a sweepstakes, so the odds of heading over to a friend’s house for game night and being handed one of these to play with are very slim.nnAlphaGrip iGrip Ergonomic Keyboard ControllernnGames designed for PCs are simply easier to play with a keyboard, but if you’d rather plunk down on a couch at the end of the day than remain at a desk, the AlphaGrip iGrip tried to compress an entire QWERTY keyboard into a handheld controller that had more buttons to be pressed than your friend in a heated political debate.Learning to use a trackball instead of a mouse was easy enough, but training your hands and fingers to find all the buttons you’d need to play most PC games seemed like an overwhelming challenge, especially when so many of the iGrip’s buttons were situated on the back and out of sight.nnTony Hawk’s Ride Skateboard ControllernnThe Tony Hawk’s Pro Skater series was a monstrous hit for one simple reason: it made everyone who didn’t actually know how to skateboard feel like they could.The game’s controls were perfect, and made even better because you could grind and thrash and gleam the cube from the comfort of your couch.

And that’s why Tony Hawk’s Ride Skateboard Controller was such a failure.

It paired an unresponsive faux deck players actually needed to stand and move around on with a terrible skateboarding game.nnAtari Jaguar Pro ControllernnDespite being the first ‘64-bit’ game system on the market (a disputed selling point) the Atari Jaguar was a failure through and through and part of the blame probably lies with its obnoxious controller design.The original featured a traditional directional pad with action buttons plus a 12-digit keypad that accounted for half the size of the beefy accessory.nnSeveral games extensively used the keypad which complicated gameplay, even with swappable overlays that labelled each one’s custom function.A Pro version, pictured above, was introduced later with extra action and shoulder buttons to help future-proof the console, but it was for a future it would never see.nnXbox Canadian Tuxedo ControllernnTo those who think America’s neighbo(u)rs to the north are more civilized, think again.A little over a year ago the Xbox Canada Twitter account revealed a customized Xbox controller clad in a “Canadian tuxedo” which roughly translates to denim, denim, and more denim.The material might make for durable pants and jackets, but its rough texture and propensity to transfer blue dye to whatever it touches makes us glad this was only ever a one-off.nnIntel Wireless Series Gamepad AccessorynnThe N64 and GoldenEye 007 showed the world that first-person shooter games could be played with gamepad-style controllers, but not necessarily that it was a better approach.That didn’t stop Intel from creating one of the more bizarre wireless gamepad accessories for PCs.The design fell somewhere between a neck pillow and a toilet seat, and while it could replicate the functionality of a keyboard and mouse, it never worked quite as well as a keyboard and mouse, which is probably why Intel isn’t a powerhouse in gaming accessories today.nnResident Evil 4 Chainsaw ControllernnThere are few things as satisfying as your video game character picking up a chainsaw and felling baddies with reckless abandon (and loads of gore) but that doesn’t necessarily translate well to real life.Nubytech assumed it would, and alongside Resident Evil 4 debuting on the PS2 and GameCube, the company also released this blood-splattered chainsaw-shaped controller that repositioned the necessary controls into awkward locations.

It was an ergonomics nightmare, and no, the cutting blade didn’t even work.nnHori Dragon Quest Nintendo Switch Slime ControllernnNovelty designs are okay for some devices—like the toaster you maybe use once a day.It’s a less appropriate design approach when it comes to a device you potentially spend hours cradling in your hands—like a game controller.As cute as this Dragon Quest-themed Switch controller from Hori is, the weird shape, and probably even weirder weight balance, undoubtedly make the novelty completely wear off after about ten minutes of gameplay.nnXbox Steel Battalion ControllernnPeople still laugh when thinking back to the monstrous controller Microsoft designed for its original Xbox console, but the Duke was nothing compared to the controller that shipped with 2002’s Mech-battling game, Steel Battalion.The $200 accessory included a coffee table dominating console with two joysticks, 40 buttons, throttle controls, radio dials, and even a set of three foot pedals sitting on the floor.It was obscene, over-the-top, and while it added a whole other level of realism to the game—who really wants to feel this overwhelmed when they’re just trying to have fun?nnBroderbund U-ForcennBroderbund was responsible for producing some of the most memorable games and educational titles of the early desktop PC era, including Prince of Persia, Mavis Beacon Teaches Typing, and even The Print Shop when printers sounded louder than cars.

It was also responsible for an NES peripheral called the U-Force that promised the same motion-detecting functionality as later devices like Microsoft’s Kinect.It used a pair of infrared panels to detect hand movements, or the movements of untethered controllers, and while the idea was promising, the execution was poor at best, and the U-Force is often cited as one of the worst accessories ever offered for the NES.nnNamco NeGconnnWhat if driving exotic supercars in games like Ridge Racer and Grand Turismo on the PlayStation and PS2 felt more like driving a remote control car using a pistol grip-style controller? That’s the experience the Namco NeGcon delivered.It looks like a fairly normal gamepad with action buttons on one side and a directional pad on the other, but it’s split down the middle with a pivoting hinge that players twist to steer their in-game vehicle.It offered precise analog controls for racing games, but the gimmick wasn’t really useful for any other titles.nnASCII GameCube Keyboard ControllernnThe GameCube featured one of Nintendo’s best controller designs of all time, and attempting to one-up the Big ‘N with a better alternative is no easy feat—as the ASCII keyboard controller demonstrates.

As the name implies, it’s basically a GameCube controller with a full-sized QWERTY keyboard squeezed into the middle.Except there was really no attempts made at squeezing or shrinking the controller down at all.Designed for games like the Phantasy Star Online RPG, this controller measured almost two feet long and looked like it was comfortable enough to hold for maybe seven minutes.nnReflex Paradox Trackball ControllernnTrackballs have devoted followers amongst computer users, and are most often found on the dedicated consoles used to grade and color correct films and TV shows in post-production.

Where they never really caught on was gaming, despite the efforts of companies like Reflex who created an alternative to the PlayStation DualShock controller with one analog joystick replaced with a big red ball.The Paradox was designed to offer the same level of precision and control a computer mouse did for certain games, but the use of trackballs on controllers never really caught on.nnNintendo Power GlovennNintendo doesn’t fail often, but when it does, it fails hard.Heavily hyped and even featured in the 100-minute long Hollywood Nintendo ad called The Wizard, the Power Glove promised to deliver a futuristic virtual reality experience well before it was ready to be delivered.It was promised to make games easier to play through motion controls, but in reality it was imprecise and only served to make games like Punch-Out!! even harder to beat.

Nintendo would eventually deliver an excellent motion gaming experience with the Wii, but the Power Glove arrived long before the technology it needed to succeed was available.nnn.

Fri Mar 25 , 2022
AMD’s brand-new upscaling technology, FidelityFX Super Resolution 2.0 (FSR 2.0), is heading to Xbox. The chipmaker announced at GDC that FSR 2.0 “will also be fully supported on Xbox and will be available in the Xbox GDK for registered developers to use in their games” (thanks, The Verge ). FSR […] 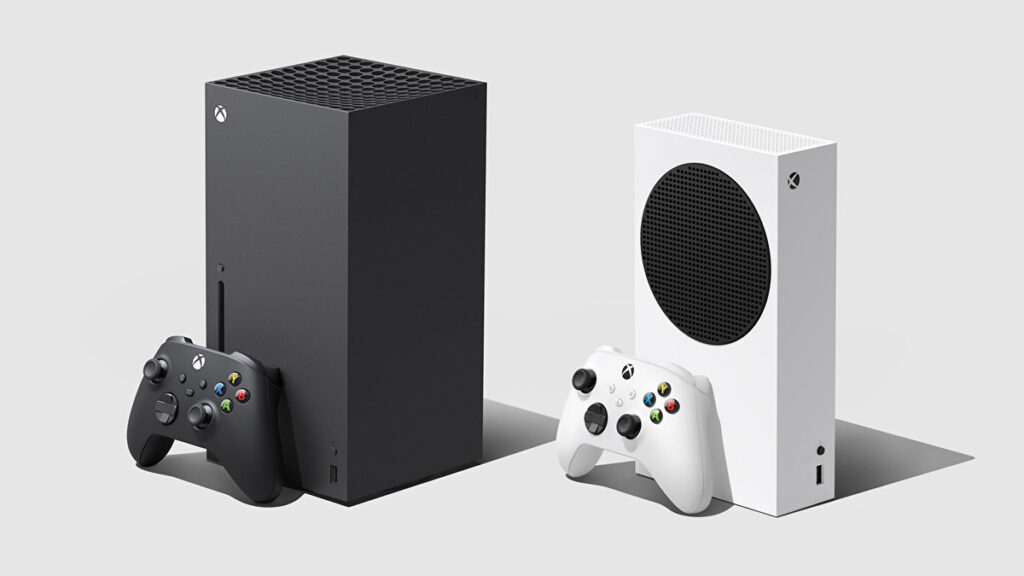