We are thrilled to announce that Sharif Durhams, Monica Norton and Mark W.Smith will become deputy managing editors of The Washington Post.Each of these journalists brings a wealth of expertise and a record of accomplishment to these important new positions.

We are excited about adding their energy and perspectives to the crucial task of directing the daily report across our platforms, overseeing our enterprise journalism and strengthening our capacity to cover breaking news in a way that prioritizes urgency and accessibility.Sharif, Monica and Mark will work with Deputy Managing Editors Scott Vance and Barbara Vobejda, Enterprise Editor Tim Curran and News Projects Editor Ed Thiede in running weekday and weekend coverage.The addition of three DMEs is a significant expansion of our masthead, one that will allow us to marshal the resources of our growing staff more effectively in covering the news for a global audience that consumes our work around the clock, seven days a week.Sharif has been managing editor of North Carolina’s News & Observer and Herald-Sun since January 2021, where he launched a plan to increase the staff and served as interim editor from July to September.This will be a return to The Post for Sharif; he was our night homepage editor for much of 2020 after a three-year run as a senior editor for programming at CNN.

Sharif’s pre-Post career included overseeing social media and digital strategy at the Milwaukee Journal Sentinel, where he also spent three years on its breaking news hub as a general assignment reporter; covering state government and serving as a GA reporter at the Charlotte Observer; and, in his first stint at the Journal Sentinel, covering higher education.Sharif made history by becoming the first African American editor of the Daily Tar Heel at the University of North Carolina at Chapel Hill, where he studied journalism and political science.Sharif has long been an advocate of improving diversity and representation in newsrooms.He is a member of NLGJA: the Association of LGBTQ Journalists, which he has led as elected national board president since 2018, and of the National Association of Black Journalists.His work as an adjunct faculty member at the Poynter Institute has focused on diversity in digital media.As deputy managing editor, Sharif will oversee the GA team, the Morning Mix and our live desk, and collaborate with Foreign to continue the integration of our hubs in London and Seoul into a seamless 24/7 workflow.

He’ll work with coverage departments to enhance their capacity to cover breaking news, acting as the day-to-day architect of our Live Updates Files.He’ll also become the convener of breaking-news teams across the newsroom, so that best practices and workflow improvements can be widely shared.Monica, the deputy Local editor for planning and enterprise since 2011, is one of our most respected and trusted newsroom leaders.Editors and reporters across the newsroom have long valued her news judgment, the improvements she makes in stories and her empathetic approach to management.She has led some of Metro’s most ambitious efforts, including a project on the 1968 riots , which received the National Press Foundation’s Innovative Storytelling Award, and a package of stories on the 400th anniversary of the arrival of Africans who were captured and brought to what would become America.

She has helped run coverage of some of the most tumultuous events of recent years, including the racial justice protests after the killing of George Floyd and the Jan.6 insurrection.Since her arrival at The Post in 2005, Monica has also served as Metro’s day editor, technology editor and assistant Maryland editor for education.

In previous roles at Newsday, she edited Washington news and served as assistant and then deputy Long Island editor.Before that, she was a bureau chief and assignment editor at Gannett Suburban Newspapers and a reporter at the Evening Sun and the Baltimore Sun.

Her degree from the University of Maryland is in journalism.As deputy managing editor, Monica will work with Barbara, Mark, Scott and Sharif to reinvent the role of a “running the day.” We envision two DMEs leading our news coverage each weekday, one starting early enough to take the handoff from the London editor and concentrating on the digital report.The second DME will take over in the early afternoon, continuing to oversee the digital report, finalizing A1 and handing off to the Seoul editor in the 8 p.m.hour.This team of five DMEs, working in concert with other senior editors, will also provide high-level oversight of our enterprise journalism and serve as news czars when a run of coverage requires steady coordination among several departments.The posting for these opportunities late last year announced the creation of two new DME positions, a result of our focus on the Monday-Friday workweek.

The interviewing process convinced us of the wisdom of adding a third position to bolster weekend coverage.As deputy managing editor, Mark has agreed to work a Wednesday-through-Sunday schedule, taking on the responsibility of leading our coverage early in the day on Saturday and Sunday, partnering with Tim and Ed, respectively.Mark has been director of social and operations on the Audience team since 2018, and before that served as deputy Audience editor and mobile web editor.Under his leadership, the social team has become an industry leader in distributed storytelling, winning a 2017 Murrow Award for excellence in social media.Mark came to us from USA Today, where he spent two years as senior manager for social media marketing.

At the Detroit Free Press, he ran the website during the early morning hours, assigning and editing breaking news coverage while curating the home page and social media feeds.Mark was also the paper’s technology columnist.After earning a degree in journalism at Central Michigan University, he got his start as a multimedia specialist at the Jackson (Mich.) Citizen Patriot.Mark has been a relentless promoter of this newsroom’s digital evolution, training most of us, at one time or another, in strategic thinking about audience and the mechanics of optimal workflows – always seeking to turn the aircraft carrier in the direction of providing readers with the news they want and need, when and how they want and need it.Throughout the pandemic, Mark has been a near-constant presence in our news meetings, often advocating for sharper, more accessible coverage.He has been a valued and creative leader in establishing and deploying our Live Updates Files and in the creation of the London and Seoul hubs, coordinating with Foreign on handoffs and other ways of managing coverage across the 24-hour cycle.Please join us in congratulating our three new DMEs.They’ll start Jan.31..

Tue Jan 4 , 2022
For years Elizabeth Holmes was the darling of Silicon Valley, a woman that could do no wrong. The start-up she founded, Theranos, attracted hundreds of millions of dollars in investments. Yet the company she had built was based on fantasy science. The technology Theranos was producing – supposedly testing for […] 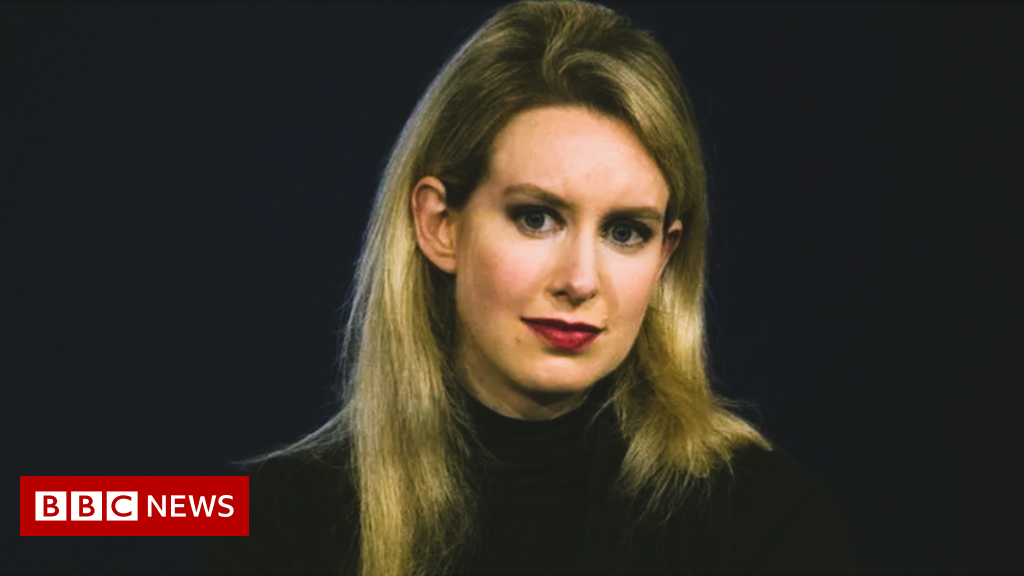