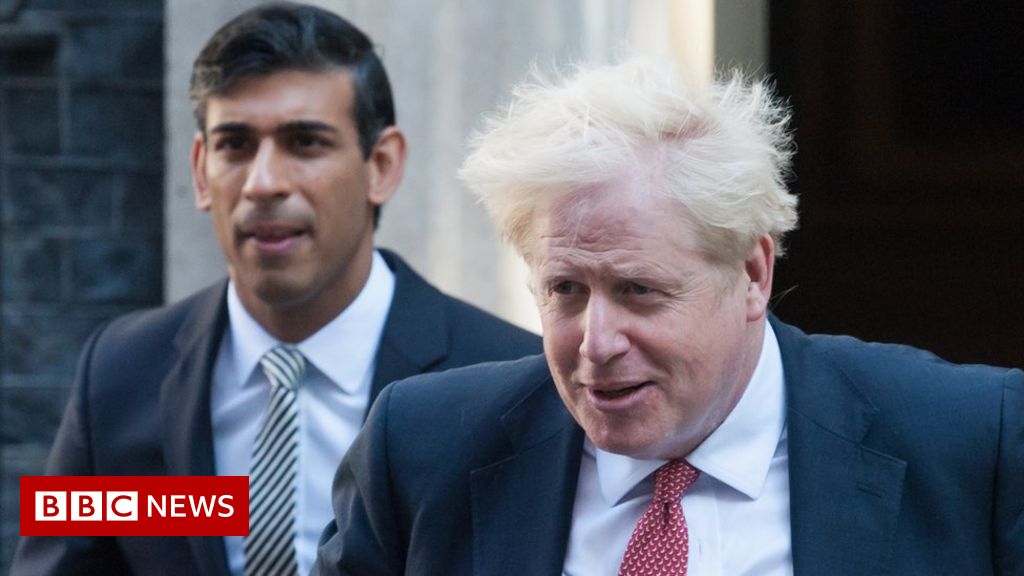 1 day Getty Images A planned £12bn rise in National Insurance from April is “the right plan” and “must go ahead”, Boris Johnson and Rishi Sunak have said.

In an article in the Sunday Times , the PM and chancellor said the rise – which applies to employees and employers – will help clear the NHS backlog.

Despite opposition, including from some Tory MPs, they say it is “progressive” because higher earners pay more.

With inflation rising sharply, there had been calls to scrap the tax rise.

What will the new Health and Social Care tax cost me? Why are prices rising so quickly? NI rise to squeeze budgets and risk growth – CBI Under the plans, employees, employers and the self-employed will all pay 1.25p more in the pound for National Insurance from April 2022 for a year.

After that, the extra tax will be collected as a new Health and Social Care Levy.

Critics have said the increase will have a higher impact on the lower-paid and could contribute to inflation when household budgets are under pressure from rising energy prices and food bills.

And business leaders have warned that firms could offset the tax rise by raising prices.

Inflation – the rate at which prices are rising – is already at a 30-year high, reaching 5.4% this month.

Shadow levelling up secretary Lisa Nandy called on the government to “rethink” the planned rise, adding Labour would be “doing everything that we can over the next few weeks to try and appeal to Tory MPs’ consciences”.

She told BBC One’s Sunday Morning programme: “You can’t possibly hit people with more taxes at the moment.It’s just simply not possible for a lot of people to survive.”

Robert Halfon, one of the Tory MPs calling on the government not to go ahead with the rise, said ministers should make the cost of living their “number one priority”.

Speaking on BBC Breakfast, he suggested money for the NHS could instead be raised from the taxes on capital gains – profits made from selling certain assets – or by raising taxes on oil companies.

Senior backbench Tories Robert Jenrick and Mel Stride have also called for the increase to be delayed, with Mr Jenrick saying that 2022 would already be “exceptionally hard” for families.

The government has said the changes, announced at last year’s Budget, are expected to raise £12bn a year, which will go initially towards easing pressure on the NHS.

A proportion will then be moved into social care system over the next three years as the Covid backlog subsides.

The National Insurance rise was approved by the Commons in September , with the Health and Social Care Levy written into law in a separate vote.

Despite confirming the tax rise, Mr Johnson and Mr Sunak described themselves in the Sunday Times as “tax-cutting Conservatives” and “Thatcherites”.

They added: “We believe passionately that people are the best judges of how to spend their own money.

“We want to get through this Covid-driven phase, and get on with our agenda, of taking advantage of our new post-Brexit freedoms to turn the UK into the enterprise centre of Europe and the world.

“We want lighter, better, simpler regulation, especially in those new technologies in which the UK excels.We are also Thatcherites, in the sense that we believe in sound money.

“There is no magic money tree.”

‘Never popular’ The article will be seen as a show of unity between the pair, after widespread criticism of Mr Johnson over claims of parties in Downing Street during lockdown.

Mr Sunak is a leading candidate to replace Mr Johnson if a leadership contest is triggered before the next election.

Foreign Secretary Liz Truss, who is also seen as a possible leadership candidate, defended the tax rises but accepted they are “never popular”.

Also speaking to the Sunday Morning programme, she said the country was in a “very difficult situation” because of money spent supporting the economy during Covid.

“As soon as possible, we want to be in a position to lower our tax rates, we want to drive economic growth, because ultimately that is what will make our country successful,” she added.

Meanwhile, the government confirmed on Friday that the earnings threshold at which graduates in England start repaying student loans would be frozen in April.

The freeze, which would see a graduate earning £30,000 repay £113 more a year than expected, has been described as a “stealth” tax rise for those affected .

To play this video you need to enable JavaScript in your browser.Media caption, What the rise in National Insurance could mean for you ‘I CAN’T REMEMBER THE LAST TIME I DID SOME GOOD’: Watch The Responder on BBC iPlayer FROM THE STREETS TO THE SCRIPT: How real-life experiences became a thrilling drama More on this story What will National Insurance changes cost me?

Published 2 days ago Why are prices rising so quickly?

Mon Jan 31 , 2022
Ezenwa By Nnamdi Ojiego Following Sunday Vanguard’s Special Report titled, FILTHY RICHES: The audacity of ‘Yahoo Boys’, published on October 24 and 31, 2021, an American woman, Ann (other names withheld), who claimed to be one of the victims of growing and disturbing trend of cyber criminality, otherwise known as […]