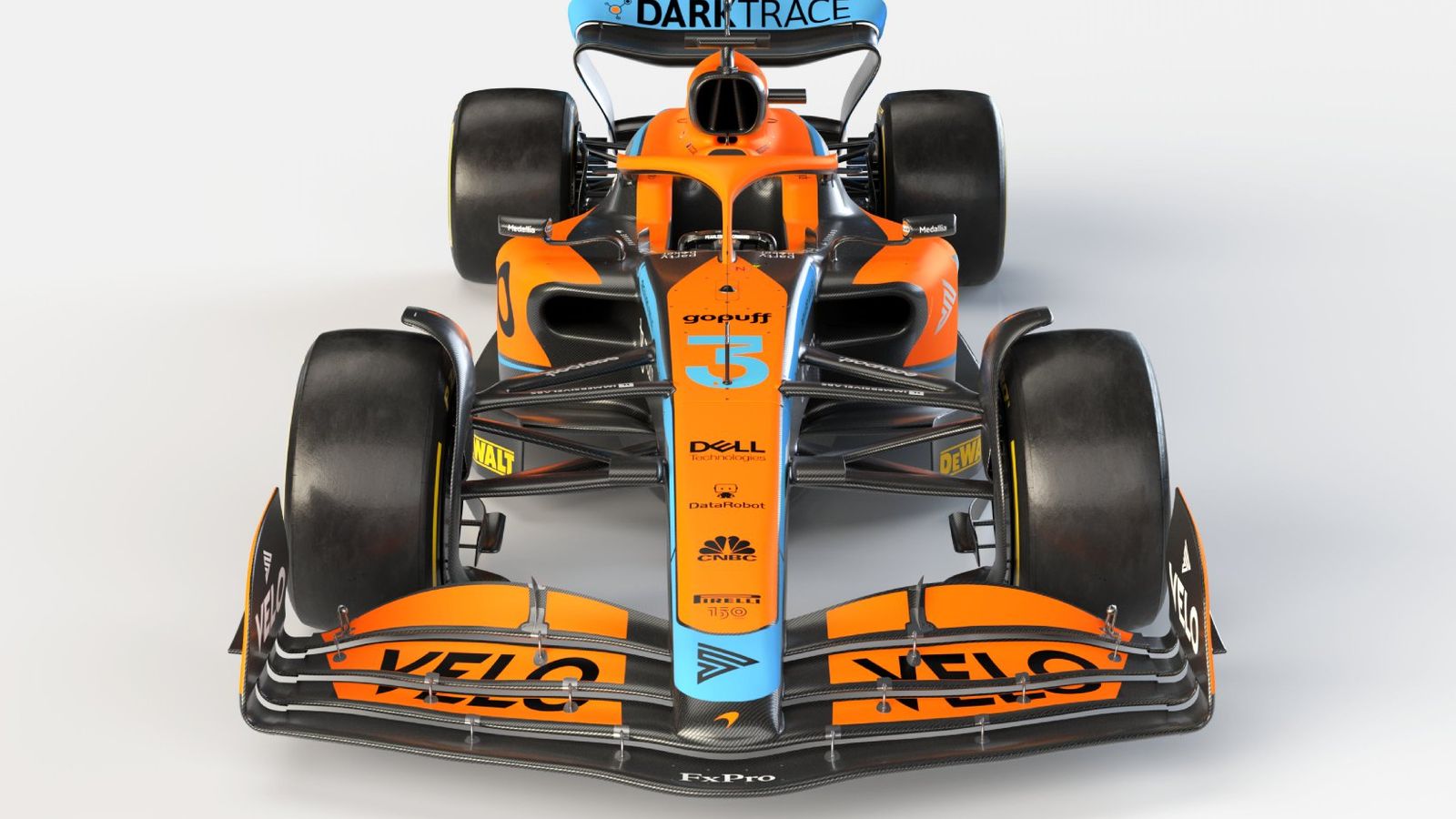 McLaren become fourth team to kickstart their season with a launch; MCL36 features an updated colour scheme, with team hoping the car – which will be driven by Lando Norris and Daniel Ricciardo – further closes the gap to the front amid F1’s new rules

McLaren have launched their car for the 2022 season, revealing a bold and “aggressive” updated livery as the Formula 1 giants bid for a fast start to the sport’s new era.

Having returned to race-winning ways for the first time since 2012 last year, a revitalised McLaren hope their MCL36 gives drivers Lando Norris and Daniel Ricciardo the chance to consistently fight towards the front.

Taking the wraps off at their Technology Centre base, the team unveiled a new design – due to F1’s regulations overhaul – and a new colour scheme on the car they insist is “real” and ready for pre-season testing.

“We wanted something that was very vibrant,” added McLaren CEO Zak Brown.

“The livery changes we did last year – both in Monaco and in Abu Dhabi – we got a lot of great fan reaction and they like to see a lot of energy.

“I think it’s got speed and elegance to it that we thought would go on top of the fast race car that hopefully we’ve designed this year.”

McLaren’s MCL36 launch was part of an impressive three-car live reveal as the iconic British outfit also launched their IndyCar and Extreme E – which they are debuting in this year – challengers, as well as their Esports livery.

They say their common colour schemes are ‘galvanising the McLaren Racing family’.

“This is a first for us as a team, and in the wider world of motorsport,” said Brown.

Can McLaren fight for victories in 2022?

While McLaren finished fourth behind Ferrari in F1 last year – following an impressive third in 2020 – their season included a race win, a one-two and their highest points finish since 2012.

Still undergoing infrastructure upgrades, with a new wind tunnel and simulator in the pipeline, they say their aim for a first title since Lewis Hamilton’s in 2008 is a long-term goal – acknowledging their current competitive disadvantages compared to the top teams.

The sport’s 20-time world champions are, however, cautiously confident about the car their latest design, mandated by the sweeping new rules aimed at improving wheel-to-wheel racing.

“With a blank sheet of paper, the team here at McLaren have been working hard to establish a competitive platform for this and future seasons,” said technical director James Key.

“However, we know we’ve only just begun to unlock performance from this regulation set, and that one of the key features of the 2022 season will be the intense development war as teams assess each other’s designs and innovate new ways of generating downforce through ground-effect.”

As well as a strong leadership team, led by Brown, team principal Andreas Seidl and Key, McLaren also possess one of F1’s most talented and popular driver line-ups in Norris, who recently gave the team a welcome boost with a new four-year contract, and Ricciardo, the now eight-time F1 race winner.

“Last year was my best in Formula 1 so far, and I’m really proud of what I achieved as a driver, and what we achieved as a team,” said Norris, 22.

“But I know the best is yet to come, and my aim is to carry the positive momentum we built up over the last year and take that with me into this exciting new era of Formula 1.”

“There’s always a nervous excitement around the start of the new season, but that’s turned up to 11 when you enter a new era of regulations,” stated Ricciardo, formerly Max Verstappen’s team-mate at Red Bull.

“Heading into my second year with McLaren feels great and I feel like we learned a lot as a team in 2021, which will help us as we take on this new challenge.”

McLaren will hit the track with their new car in a filming day before the first pre-season test in Barcelona on February 23-25.The season starts, following another three-day test in March, with the Bahrain GP on March 20.

Sun Feb 13 , 2022
On a former train track bed connecting the towns of Midleton and Youghal in County Cork, Ireland, workers recently excavated the rusted remains of an old railway bridge and installed a pedestrian one in its place.The bridge would have been an unremarkable milestone in the development of a new pedestrian […] 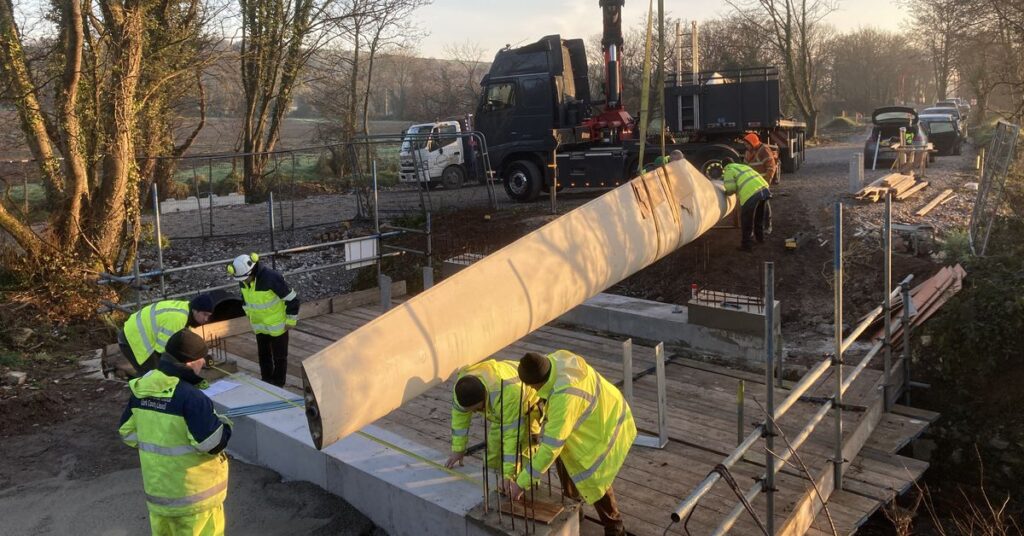