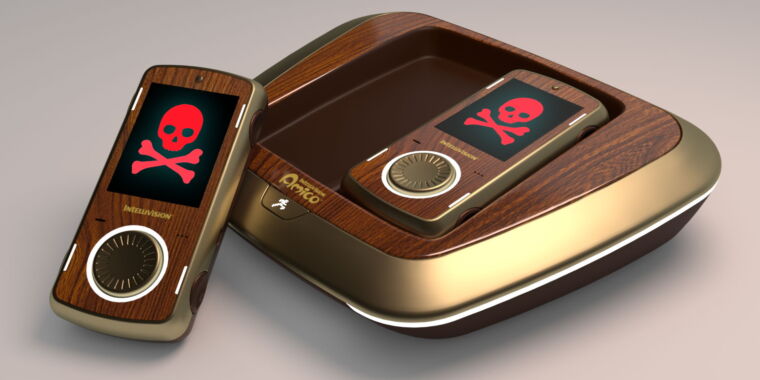 Enlarge / A massive document filed by Intellivision on Monday clarifies just how gloomy the future looks for its Amico console.Intellivision / Aurich Lawson reader comments 150 with 105 posters participating, including story author Share this story Share on Facebook Share on Twitter Share on Reddit The Intellivision Amico’s wild ride as a possible video game console may soon come to an end, according to financial disclosures tucked into the company’s most recent fundraising announcement.

On Monday, Intellivision Entertainment Inc.began its fourth round of public prelaunch fundraising in less than four years.The fundraising campaign, which aims to raise $5 million , includes a Securities and Exchange Commission filing that contains page after page of risk factors for the company’s future.While such disclosures tend to include broad statements of potential risk factors to cover all foreseeable catastrophes, Intellivision’s filing goes into specifics about the company’s current debt—and suggests a clear timeline for the game console’s potential dissolution.

In particular, the company tells investors that it has “generated no revenues” since its formation in 2018, and its handlers predict that Intellivision can only operate until July of this year at its current zero-revenue pace before needing to drastically change course.

Raider of a lost Ark (deal) Amico began life when video game musician Tommy Tallarico acquired the Intellivision brand name in 2018, which had previously been attached to an early 1980s console made by toymaker Mattel.Tallarico soon announced Amico as a brand-new home console concept, which would use proprietary gamepads with a touchscreen, a disc-style d-pad, and Wii-like motion sensing—along with pledges that all Amico games would have console-exclusive content.

Years later, the company would sail past multiple announced launch windows, including an initial October 10, 2020, release date.Tallarico has muddied the waters with so many misstatements and contradictions that retro-friendly forum AtariAge shut down its Amico subsection in late 2021.

Although we’re left with an unclear picture of what really caused all these delays, Monday’s financial disclosures give us some clues.

Advertisement On the manufacturing front, Intellivision now admits that it cannot account for $1.35 million paid to Ark Electronics USA, a Chinese electronics manufacturing firm with a headquarters in California.Monday’s disclosure blames the issue on a “contract dispute” without explaining further, but Intellivision indicates that the company may not be able to recover either the cash or any console-making components that Ark has already purchased.The disclosure follows a September 2020 announcement saying that Ark had been selected to “deliver” Amico hardware; the announcement did not indicate any exclusivity for Amico production, but Intellivision has yet to announce any other manufacturing partnerships.

Our previous attempts to understand the hardware inside Amico consoles suggested a sheer material cost of around $100 for the system’s default SKU.That includes the console itself (whose SoC resembles budget phones that retailed for $100 in 2016) and a pair of included gamepads.Estimating exactly how many consoles were attached to a $1.35 million order is tricky without a better look at Ark’s Chinese manufacturing plants and wholesale order prices, but rough math on the numbers we have thus far indicates orders in the 12,000–15,000 console range.

(Previous public statements from Intellivision suggest that roughly 6,000 Amico console preorders were placed worldwide by the end of 2021 .)

Ark Electronics did not immediately respond to phone calls and emails about Intellivision’s claims.Spot checks of Ark’s online presence reveal an internal presentation that claims the company manufactured “100 million pieces per year” for a variety of largely Chinese electronics firms .That figure, however, doesn’t say which devices and accessories counted toward the annual 100 million count.

‘America’s Army’, the Pentagon’s Video Game, Shuts Down After 20 Years

Wed Feb 9 , 2022
U.S.Army screengrab. America’s Army: Proving Grounds , a game used as a recruitment tool by the United States government, is shutting down its servers on March 5 after existing in various iterations for 20 years.After that date, the game will be delisted on Steam and removed from the PSN store.Offline […] 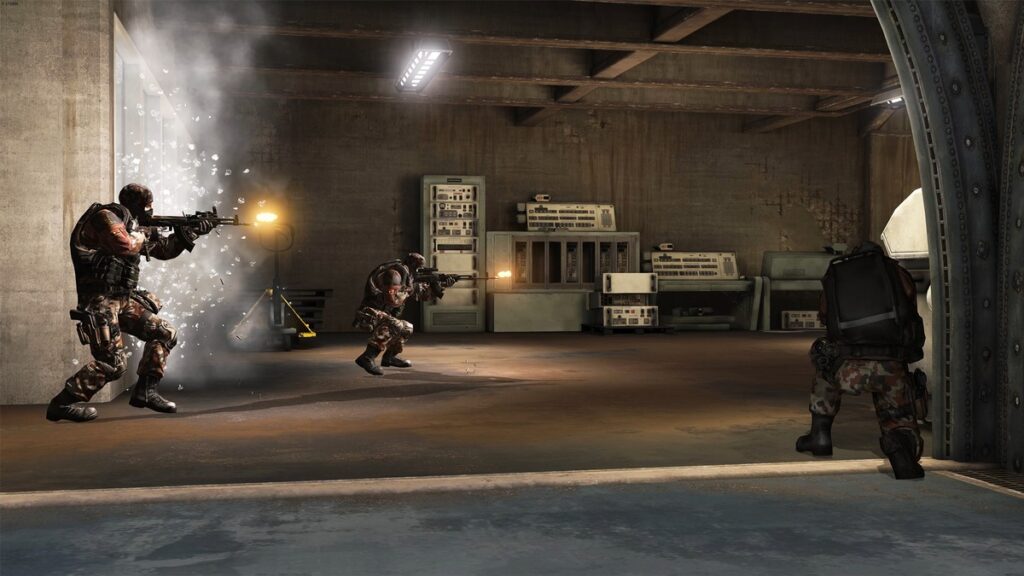