Biden administration officials are kicking off a crackdown on power plant pollution, aiming to shift the nation’s electricity supply to cleaner energy in the face of congressional resistance and a Supreme Court that could limit the federal government’s ability to tighten public health standards.

On Monday, the Environmental Protection Agency affirmed its authority to curb mercury from smokestacks, reversing a 2020 Trump administration policy .The move signals a broader effort by the administration to cut greenhouse gases and other pollutants from U.S.power plants, which rank as the nation’s second-biggest contributor to global warming.President Biden has pledged to make the U.S.electricity sector carbon-neutral by 2035 , but his deputies may have to rely on their existing federal authority now that Sen.Joe Manchin III (D-W.Va.) has blocked the president’s plan to provide utilities with incentives to transition faster to clean energy.And in late February, the Supreme Court will hear arguments in a case brought by West Virginia that may undercut the EPA’s ability to regulate greenhouse gas emissions from coal-fired power plants in the future.But the EPA can pressure the nation’s dirtiest coal plants to shut down through other means, and the administration is beginning to exercise its leverage.“Regulations to require power producers to bear the costs of their own pollution are decades overdue,” said Thom Cmar, an attorney with the law firm AltmanNewman who represents environmental groups.The agency determined Monday that it is “appropriate and necessary” to limit mercury and other toxic air pollutants from power plants.Exposure to the heavy metal — which wafts into the air from coal plants and settles in lakes and streams and enters the food chain after being absorbed by fish — can harm brain development in babies and cause heart disease in adults.“Sound science makes it clear that we need to limit mercury and toxins in the air to protect children and vulnerable communities from dangerous pollution,” EPA Administrator Michael Regan said in a statement.The proposed legal finding does not change mercury control requirements adopted under President Barack Obama, but it abolishes a Trump-era determination that said these limits were unnecessary and that threatened to narrow the health benefits the EPA would consider when crafting clean air rules.And it lays the groundwork for tightening mercury controls in the future, which Biden officials may pursue.

How well do you know Biden’s environmental track record? Take our quiz.Environmental Defense Fund general counsel Vickie Patton said “it’s urgent” to update those standards, arguing that many coal plants still emit far too much mercury.“Those standards, they’re out of date,” she said.“They need to be modernized to protect people from the most toxic contaminants that are discharged from coal plants.”With expensive “scrubber” technology already installed across power plants nationwide, many utilities support restoring the underlying legal basis for limits on air toxins.Edison Electric Institute President Tom Kuhn, whose group represents investor-owned electricity providers, said his members, “and the electric power industry collectively, have invested more than $18 billion to install pollution control technologies to meet these standards.”But to meet the president’s ambitious goal to decarbonize the power sector, his team must do much more.Later this year, the EPA plans to outline new standards for greenhouse gas emissions from existing fossil fuel plants, which would replace the Obama-era Clean Power Plan.The Supreme Court blocked that regulation from taking effect in 2016, and the U.S.Court of Appeals for the District of Columbia Circuit struck down Trump’s replacement rule a day before Biden took office.But the agency will strain to craft a rule that can withstand scrutiny from an increasingly conservative Supreme Court.

Now with three Trump-appointed justices, the high court will hear a case in February brought by Republican-led states and the coal industry challenging whether the EPA has authority to limit power plants’ greenhouse gases under the Clean Air Act.The case is unusual since the federal government does not have a policy limiting power plants’ carbon dioxide emissions on the books.“Normally the court would wait until they have a new rule to review,” said Carrie Jenks, executive director of Harvard Law School’s Environmental and Energy Law Program, adding that EPA officials “obviously have to see what the Supreme Court says.And the Supreme Court could say things that would change their timing.”But West Virginia Attorney General Patrick Morrisey, who leads the lawsuit against the EPA, said Congress has never given federal officials the authority to transform the way utilities produce power in the first place.“This is a really important case for the future of our republic because it raises a number of important questions,” he said in a recent interview.

“Who do we want to make the nation’s most important, life-changing decisions? Do we want elected representatives who are accountable to the people? Or do we want unelected bureaucrats?”Beyond capping greenhouse gas emissions, the Biden administration is taking other steps that, when combined, will make it more costly to burn coal and could hasten the closure of polluting power plants.“All these hidden environmental and public health costs need to be brought back into the equation, so coal and gas aren’t getting a free ride,” said Jeremy Symons, an environmental consultant who co-wrote a 300-page blueprint in 2020 laying out how the EPA can avoid some of the pitfalls that slowed down the Obama administration.This fall, for instance, the EPA plans to propose a rule compelling many coal-fired plants to update filtration systems that treat wastewater laced with arsenic and other contaminants before reaching drinking water.The stricter requirements would undo one of the Trump administration’s regulatory rollbacks .At least 20 power plants have told state regulators they may need to close or switch to natural gas if those wastewater requirements take effect, according to the Sierra Club.Tracking Biden’s environmental actions The agency is also ramping up enforcement of another power plant rule: toxic coal ash disposal.About 500 unlined surface impoundments of waste from coal combustion threaten to leach contaminants such as mercury, cadmium and arsenic into nearby water.

On Jan.11, the EPA proposed denying requests from three power plants — in Indiana, Iowa and Ohio — to extend the use of their coal ash sites.“We think it’s just a matter of time” until there is a contamination problem, said Richard Hill, an activist who lives near the Clifty Creek Power Station on the Ohio River in Indiana.“Eventually, there will be issues.”EPA spokeswoman Lindsay Hamilton said the Biden administration is working to “identify the full range of our regulatory tools and consider how best to apply them to address the multipollutant impacts of the power sector.”Over the past decade, the economics of running coal plants have become harder in the face of competition from cheaper gas-fired energy as well as wind turbines and solar farms.How coal holds on in America Yet in pockets across the country, coal persists.One of the country’s top mercury emitters is North Dakota’s Coal Creek Station, according to an analysis by the Environmental Defense Fund.The plant was on the verge of shutting down when local officials rallied to save it by blocking competing wind and solar projects.Overall, the pace of coal retirements slowed during Biden’s first year in office, according to the U.S.Energy Information Administration , though that rate is expected to rise this year..

Tue Feb 1 , 2022
(CNN) The first participants have been vaccinated in a Phase 1 clinical trial of an experimental HIV vaccine that utilizes Moderna’s mRNA technology, the company announced last week. The trial, titled IAVI G002, is being conducted in partnership with IAVI, a nonprofit scientific research organization.It is testing a vaccine that […] 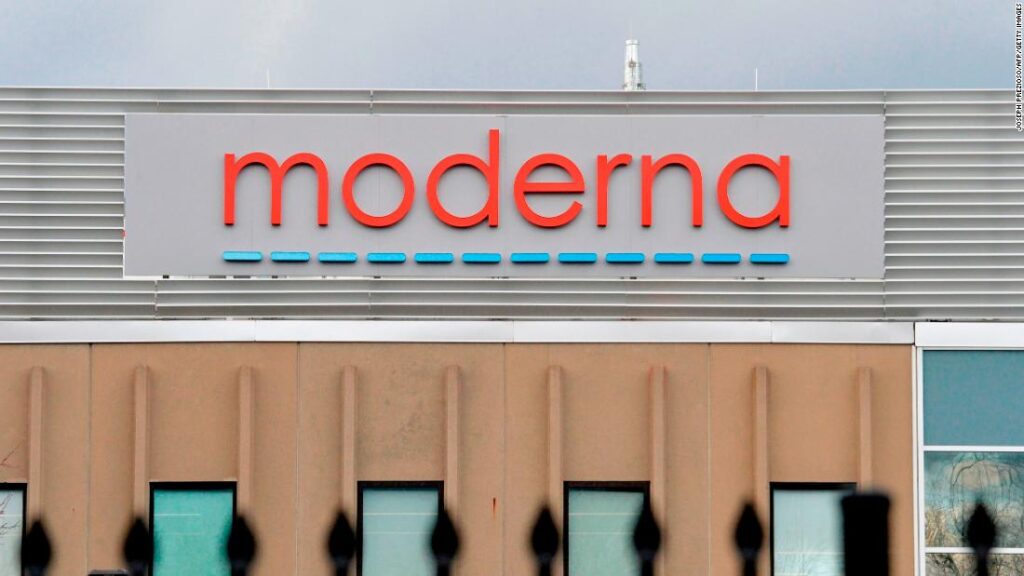