PortalOne, a play-to-win interactive service that touts itself as “the world’s first hybrid games platform,” has today revealed it has raised $60 million via an oversubscribed Series A funding round, attracting the support of big-name investors and one of gaming’s most iconic publishers.

Founded in Norway in 2018 and scheduled for its official launch in the first half of 2022, PortalOne aims to deliver a “whole new category of interactive entertainment that seamlessly embeds live shows into games,” where players–regardless of age, gender, and gaming ability–can compete directly against guests using their smartphones.

Its unusual and somewhat unique proposal has secured the financial backing of former Google, Facebook, LinkedIn, and Twitter alumni, as well as Justin Bieber’s manager, Scooter Braun.PortalOne has already landed an exclusive seven-year distribution deal with retro juggernaut Atari, while other potential deals with established developers and publishers are in progress.

The service will initially get the ball rolling with its first format, PortalOne Arcade.This “retro-inspired universe” places the show’s guests inside original PortalOne games as well as contemporary, “super-sized” interpretations of established classics, including some of Atari’s most popular arcade games.Centipede is currently available in beta, but 25 Atari games, including Missile Command , Asteroids , Pong, and Breakout will be available after launch.

MORE FOR YOU ‘Demon Slayer’ Season 2 Finally Has An Actual 2021 Release Date Netflix’s ‘Squid Game’ Season 2 Not A Sure Thing, Says Director ‘Genshin Impact’ Still Refuses To Increase Anniversary Rewards, Despite Fan Outcry While it’s free to play, PortalOne will reward people for playing.Jackpots range from in-game unlockables, avatars, and skins, through to daily and seasonal money prizes; past PortalOne giveaways have included vacations and $5,000 cash.

PortalOne is currently building its own proprietary technology to allow third parties to create their own content for the platform; it also has bold plans to make its platform available through consoles and VR in the coming years.

Last year, the company expanded to the U.S.when it established a production studio based in Los Angeles, before launching a closed beta for American and Canadian users.

While growing its team on both sides of the Atlantic, PortalOne will use its Series A funding to and rapidly expand content production in line with existing brand and IP partnerships, building new hybrid gaming formats along the way.

CEO Bård previously worked as a technical director at Warner Bros.on movies including the Matrix Trilogy, while Stig, who serves as CXO, has an award-winning background in game development, and has worked on major TV franchises including The Voice and Who Wants to Be a Millionaire .

Bård Anders said: “Gaming, social, and media are converging, and we are fortunate to be at the very edge of that frontier.Our company now enters an exciting new phase of scaling up on all fronts as we prepare to introduce hybrid games to the world.

“Now we look forward to welcoming new partners who recognize the opportunity PortalOne offers for iconic and popular IP brands to bridge into a whole new era of entertainment.”

Scooter Braun, co-founder of TQ Ventures, added: “PortalOne is building a platform that converges the most popular forms of entertainment into one seamless experience that will appeal to every category of performer.This is the next place to be in the world of immersive gaming, with unlimited content possibilities.”

Before Hello Games made a name for itself with the procedura

Fri Jan 28 , 2022
Before Hello Games made a name for itself with the procedurally generated space adventure No Man’s Sky , its developer was all about Joe Danger , a cartoonish motorcycle stuntman racing through an eponymous series of console and mobile games.After years of being defunct due to iOS updates, the Joe […] 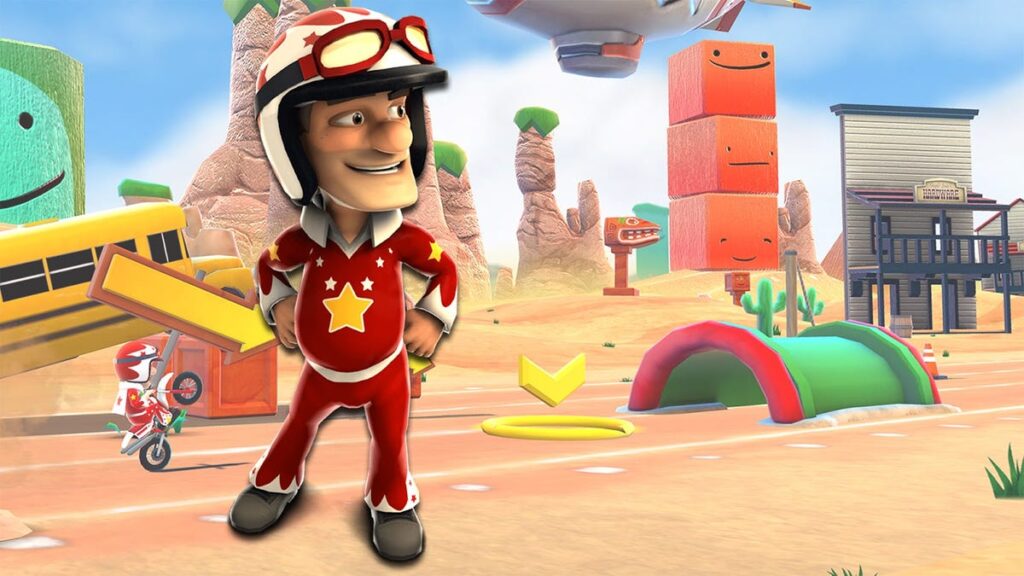