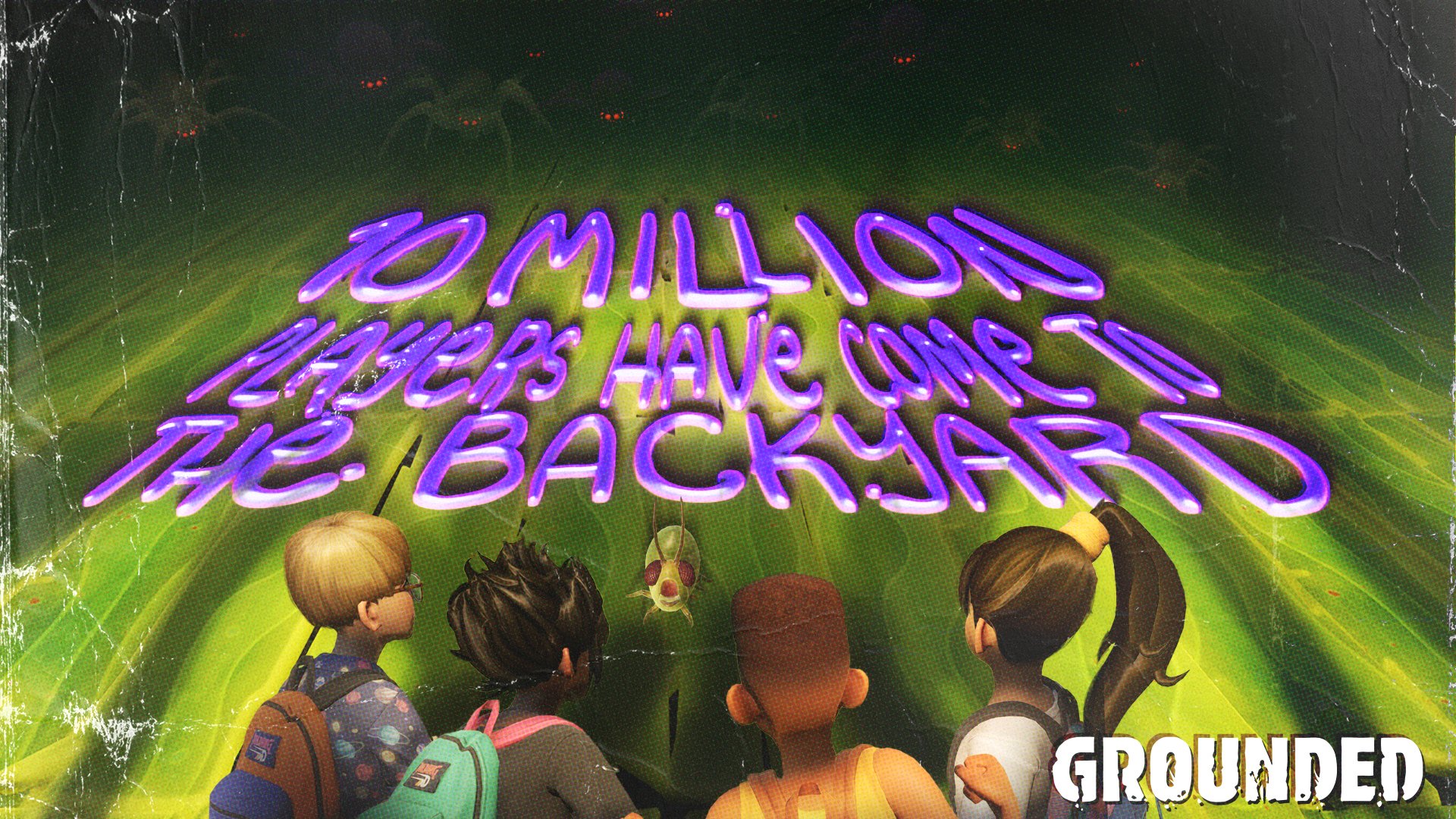 Games Grounded Reaches 10 Million Players and Goes Into the Wood with New Update by Mikey Dowling, Director of Communications, Obsidian Entertainment • Feb 10, 2022 @ 10:00am Click to share on Twitter (Opens in new window)Click to share on Facebook (Opens in new window)Click to share on Email (Opens in new window) The Grounded team is proud to announce that over 10 million players have visited the Backyard! It has been great seeing so many players come to find out what it’s like to be shrunk down to the size of an ant.An even better feeling is seeing so many people playing before the game reaches its full release.With a small dev team constantly getting feedback from the community, Grounded would not be where it is without the players who have supported the game during the Game Preview/Early Access period.That feedback will allow Grounded to be in an even better place when it comes to its full release later this year.Grounded Game Director Adam Brennecke, along with the team, have put together a short video thanking everyone for their support in getting to this tremendous milestone.As an added bit of celebration, the team is also releasing a Grounded-themed dynamic background for Xbox players so they can have a beautiful shot of the Backyard with them on their dashboard any time they boot up their console.While the team is working on getting to that full release, they still have some updates to fill out the current state of the backyard.The most recent one, update 0.12, is a doozy with plenty of new areas for adventurers to explore and new creatures to encounter.

Making their way towards the upper yard, players will first discover that the BBQ has now been knocked over.This creates a dangerous and sizzling path on the way towards the woodpile, so players should be prepared to face the heat.Once players have made their way through the ash, they will get themselves into the all-new woodpile, the lair of a brand- new creature in the backyard: the termites! The woodpile is an immense dungeon home to a new creature that you can use to craft not only a new tier 3 axe, but also a new chest armor piece.That’s not all the update brings, though! Along with the termites and soldier termites that are found in the woodpile, there are 8 other creatures coming into the backyard.Be on the lookout for the black ox beetles, dust mites, scarabs, green shield bugs, ladybug larvae, ladybirds, and the recently infected (and community suggested) wolf spiders (complete with their own unique Danger Dumpling color scheme for anyone playing in arachnophobia mode).Speaking of community suggestions, the team is always listening, and made a host of new improvements based on player feedback.First among those is the ability to craft many items at once.You can now craft up to five of any one item that you have the resources for.

The all- new Peep.R mode lets players focus in on areas across the map and mark points of interest for themselves and other players.When it comes to crafting, are you looking for a certain material to finish that item? Head to the new Resource Survey Stations, scan a material type, and find out where that item is located currently in the yard.Finally, players now have the ability to hot deposit storage items in chests and containers making inventory management even better.Players can also make a Black Ox Axe, Splinter Arrows, two new meal recipes, a new set of Burr Weed base floors, a new spicy weapon, and for achievement hunters, eight8 brand- new achievements to unlock.

For more information on the update, be sure to check out the latest Grounded Vlog on Obsidian’s YouTube Channel.Grounded is only getting bigger and better as the team makes progress towards the 1.0 release later this year and we could not do it without all the support that our community has given us.Thank you for helping us make Grounded the game you, and the dev team, want to play.Until next time, stay safe and stay grounded, friends! Grounded – Game Preview Xbox Game Studios ☆☆☆☆☆ 799 ★★★★★ $29.99 Get it now Xbox One X Enhanced PC Game Pass Xbox Game Pass This game is a work in progress.

The world is a vast, beautiful, and dangerous place – especially when you have been shrunken to the size of an ant.Explore, build, and survive together in this cooperative survival-adventure.Can you thrive alongside the hordes of giant insects, fighting to survive the perils of the backyard? Join our community and help shape the future of Grounded in Xbox Game Preview.– Reactive World and Insect Life – Explore this immersive and persistent world, where the insect life reacts to your actions.

– Base Building and Crafting – Shelter and tools are critical to your survival.Build epic bases to protect you and your stuff from the insects and the elements.Craft weapons, tools, and armor, allowing you to better fight, explore and survive.

– Online Co-op – You can face the backyard alone or together, online, with up to three friends – it is your choice.

– Campaign – Uncover the secrets lurking in the shadows of Grounded as you freely explore the backyard and progress through its mysterious story.Full details on the latest status of the game, how you can give feedback and report issues can be found at https://grounded.obsidian.net/ Recommended for you Games Grounded Brings a Not-So-Itsy Spider and More Shrooms to the Backyard Jun 30, 2021 @ 10:00am Games Grounded Takes Giant Steps: Join Community of Over 1 Million Players on Xbox Game Preview and Steam Early Access Jul 31, 2020 @ 12:00pm Games Join the Grounded Flight Starting June 16 May 21, 2020 @ 8:30am.

Fri Feb 11 , 2022
Recently indicted Nintendo hacker Gary Bowser has been handed a 40-month prison sentence by the U.S.District Court for the Western District of Washington for creating and selling “console-hacking software and devices used to play pirated Nintendo Switch games.” This is according to a victory lap-style press release published by Nintendo […] 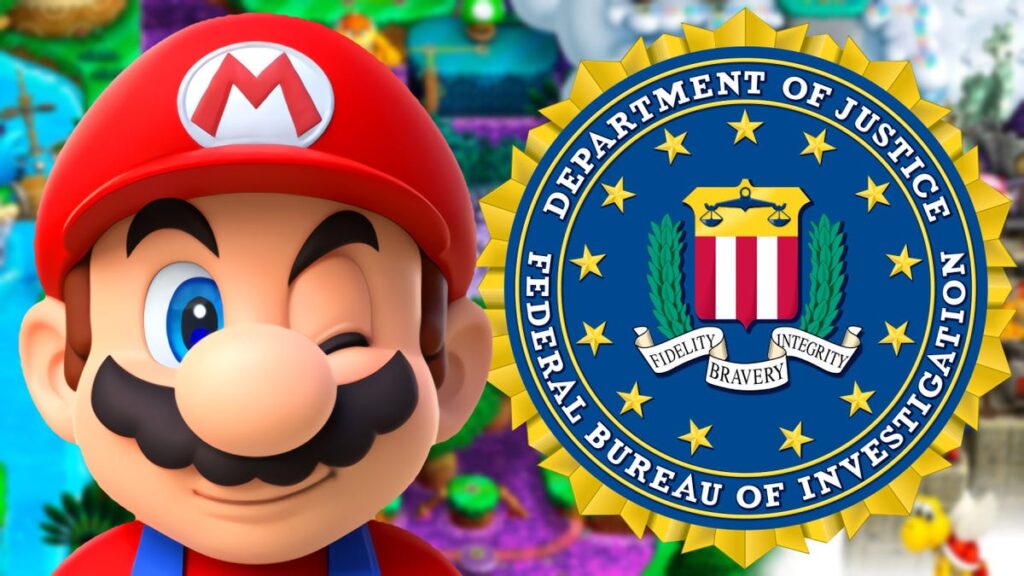