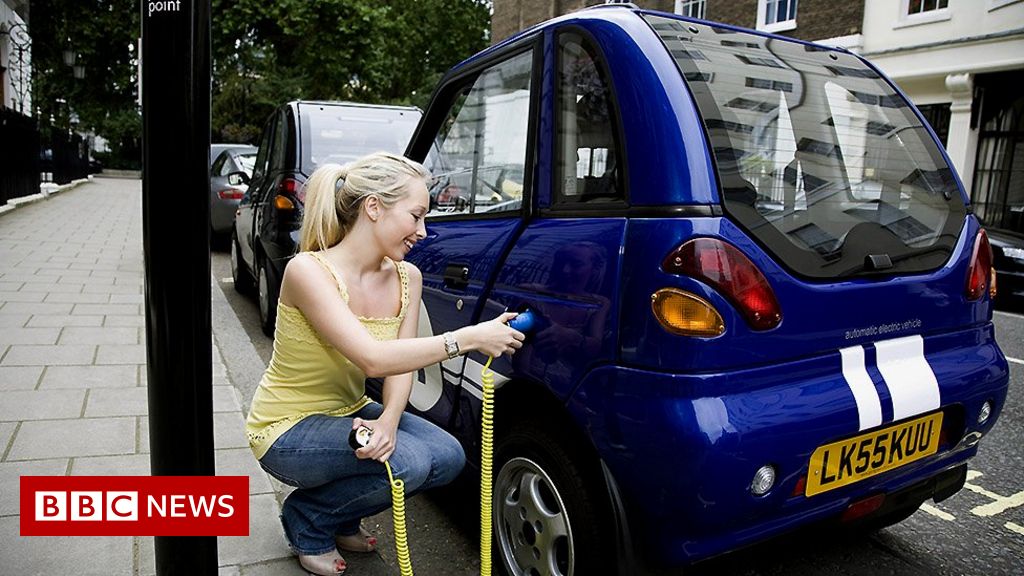 Copy link About sharing Image source, Getty Images Image caption, Elon Musk’s Tesla has been one of the front runners in the EV sales race but other manufacturers are gaining In less than eight years, the government plans to ban the sale of all new petrol and diesel cars and vans and as part of this shift is promising to expand the network of public charging points to 300,000.

This means, in order to help the UK meet its 2050 net zero target, electric vehicles (EVs ) will soon become the most common option for anyone wanting to buy a brand new car.

Among the 35 million cars driving around on UK roads just 1.3% were EVs in 2020 but that figure is starting to climb.Battery electric and hybrid cars accounted for nearly a third of new cars leaving dealerships last month, according to The Society of Motor Manufacturers and Traders.(SMMT).

But would-be buyers still have a lot of reservations.

BBC Radio 5’s The Big Green Money Show asked listeners to send in their questions, here are their top five:

Why are electric cars so expensive? Electric cars usually cost thousands of pounds more than their petrol, or diesel, counterparts.This is because EV batteries are expensive to make and a high level of investment is needed to transform existing factory production lines to manufacture the new technology.

However, costs are expected to come down in the near future: The SMMT forecasts electric and internal combustion engine cars should cost roughly the same “by the end of this decade.”

Meanwhile, experts say you should also consider the total spend over the car’s lifetime.

The cost of the electricity used to power your EV has been rising sharply recently and will vary according to your household tariff, but it is still cheaper than petrol or diesel fuel per mile.

Melanie Shufflebotham is the co-founder of Zap Map, which maps the UK’s charging points.She says if an EV is charged at home “the average price people are paying is roughly 5p per mile”.This compares she says, to a cost of between 15-25 pence per mile for petrol or diesel cars.

There are other potential savings too.

Vehicle tax is based on how much pollution a car emits, so zero emissions vehicles like electric cars are exempt.Meanwhile, says Melanie Shufflebotham, an EV is usually cheaper to maintain because “typically, a petrol or diesel car has hundreds of moving parts, whereas an electric car doesn’t.”

For instance, an electric vehicle will not require its oil changing and because it has fewer moving parts, is likely to suffer less wear and tear.

The cost of replacing batteries is high, but many manufacturers offer a guarantee of at least eight years.

Last July, the Competition and Markets Authority raised concerns that the on-street charging rollout has been “slow and patchy” and called on the government to set up a national strategy to improve the infrastructure before the 2030 deadline.

The current number of public chargers is “nowhere near enough” says Paul Wilcox, the UK managing director of Vauxhall.

But he believes the situation will improve vastly by 2030 as EVs become more common, because as demand rises, the number of chargers installed will increase.”I’m absolutely confident … because once you get the volume of cars you’ll get the commercialisation of charging.”

Image source, Getty Images Image caption, Charging an EV at home – but many people do not have suitable space where they live to do this What about ‘range anxiety’ – how far can a fully-charged EV travel? The distance a car can be driven on a single battery charge is known as range and varies between models.

Peter Rolton, Executive Chairman at Britishvolt, which is building an EV battery factory in Northumberland, says the technology to increase range is improving.

“A hatchback [car] currently has around 200-250 miles range.” By the end of the decade, he says better batteries will push that distance by many miles.

EVs are powered by lithium-ion batteries and research is ongoing to improve their range.The game-changer will be if, and when, manufacturers can commercialise the next stage of the technology – known as solid state batteries.

These batteries will be lighter and charge much faster than their lithium-ion counterparts.

James Gaade, head of programme management at the Faraday Institution says “many automakers are targeting the introduction of solid-state batteries” within the next decade.These, he says “could herald a step change in EV range.”

In a nutshell, these cars are expected to be able to travel much further on a single charge in the future.

Image source, Getty Images What if I am not able to charge at home? The majority of households in the UK, some 18 million (65%), either have, or could offer, off-street parking for at least one vehicle.

according to data from the RAC .However, According to the Competition and Markets Authority that leaves more than eight million households without access to home charging, including some people living in flats.

There are other alternatives, says Melanie Shufflebotham of Zap Map.

“Local authorities are beginning to install on-street chargers…and then apart from that it’s about finding a charger at a local supermarket, or a local charging hub, so you can charge up periodically, as you would with a petrol or diesel car.”

However, people relying on public chargers face higher costs to power up their EV than those able to charge at home, with prices varying depending on which company owns the charging point.Public charge points also attract a higher rate of VAT; 20% compared with the 5% paid by domestic users charging at home.

Will we all own cars in the future? Maybe not.Paul Wilcox of Vauxhall says “seismic changes are coming”.He expects to see “a huge rise in things like subscription models”, where customers pay monthly to use a car with other costs like insurance and maintenance included.

Another area expected to grow is what’s known as ‘fractional ownership’, or car sharing clubs.

“Imagine, just as you’d call up an Uber now, you will have an app to call up an autonomous car to take you where you want to go.In the nearer term I think car sharing is a really important solution.”

Download and subscribe to The Big Green Money Show with Deborah Meaden on BBC Sounds, or listen to a shorter version on BBC Radio 5 Live on Fridays.

6 days ago Is the UK on track to meet its climate targets?

Mon Mar 28 , 2022
By Nick Koutsobinas | Sunday, 27 March 2022 08:19 PM A new report from National Geographic indicates that scientists are now working on “self-spreading vaccines” that can jump from vaccinated to unvaccinated populations. The article indicates that these “new vaccines or so-called recombinant viruses” are developed through a process whereby […]