At the conclusion of business today [Discovery](/category/discovery/) and AT&T have announced that the planed transaction combing [WarnerMedia](/category/warnermedia/) and Discovery into one entity has closed.Officially named [Warner Bros.Discovery](/category/warner-bros-discovery/) , Inc, the new company will combine everything under the WarnerMedia umbrella including DC, HBO, New Line Cinema, Adult Swim, and Cartoon Network with all that was owned by Discovery like TLC, HGTV, Travel Channel, and [discovery+](/category/discovery-/) .It has previously been confirmed how the new company will be combining the two monolithic streaming services separately offered by the individual companies , [HBO Max](/category/hbo-max/) and Discovery+, into one streamer moving at some point.”Today’s announcement marks an exciting milestone not just for Warner Bros.Discovery but for our shareholders, our distributors, our advertisers, our creative partners and, most importantly, consumers globally,” said David Zaslav, Warner Bros.Discovery chief executive officer.”With our collective assets and diversified business model, Warner Bros.

Discovery offers the most differentiated and complete portfolio of content across film, television and streaming.We are confident that we can bring more choice to consumers around the globe while fostering creativity and creating value for shareholders.I can’t wait for both teams to come together to make Warner Bros.Discovery the best place for impactful storytelling .” Added John Stankey, AT&T chief executive officer, “In WarnerMedia, Discovery inherits a talented and innovative team and a dynamic growing and global company that is well positioned to lead the transformation that’s taking place across media and entertainment, direct-to-consumer distribution and technology.The combination of the two companies will strengthen WarnerMedia’s established and leading position in media and streaming.And our shareholders will now have a significant stake in Warner Bros.

Discovery and its future successes.We look forward to seeing what the WBD team accomplishes with these industry-leading assets.” As part of the acquisition, AT&T received $40.4 billion in cash and the retention of some debts by WarnerMedia, less than half what the telecom giant paid for Warner when they acquired them back in 2018 .It was previously confirmed by Discovery CFO Gunnar Wiedenfels that the company would work toward a proper merger of their streaming efforts quickly, specifically hoping for months rather than years as a timeline.[0comments] “One of the most important items here is that we believe in a combined product as opposed to a bundle…We believe that the breadth and depth of this content offering is going to be a phenomenal consumer value proposition,” Wiedenfels said at a conference last month (via Variety ).”The question is, in order to get to that point and do it in a way that’s actually a great user experience for our subscribers, that’s going to take some time.Again, that’s nothing that’s going to happen in weeks – hopefully not in years, but in several months – and we will start working on an interim solution in the meantime.

So right out of the gate, we’re working on getting the bundling approach ready, maybe a single sign-on, maybe ingesting content into the other product, etc., so that we can start to get some benefits early on.But the main thrust is going to be harmonizing the technology platform.Building one very, very strong combined direct-to-consumer product and platform, that’s going to take a while.”.

Blind drag racer has a lesson about following your dreams: "You can make excuses or you can make it happen" - CBS News

Sun Apr 10 , 2022
I chose this week’s story mainly for an audience of one — Ted, my 12-year-old nephew who says his blindness sometimes feels insurmountable. “I thought, like, I was doomed.Although that does sound a little immature,” Ted told CBS News.”I really want to be like everybody sometimes.” And that’s why, when […] 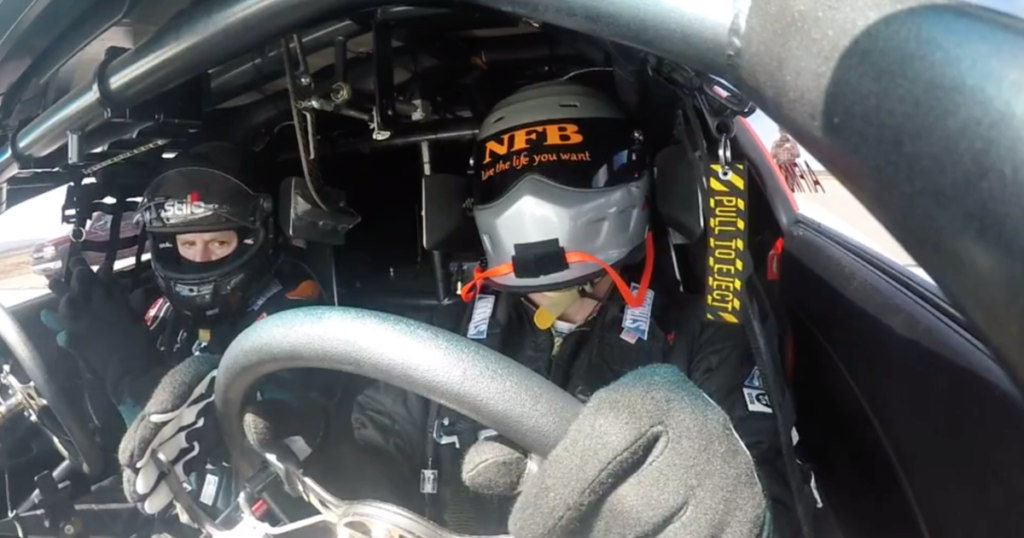