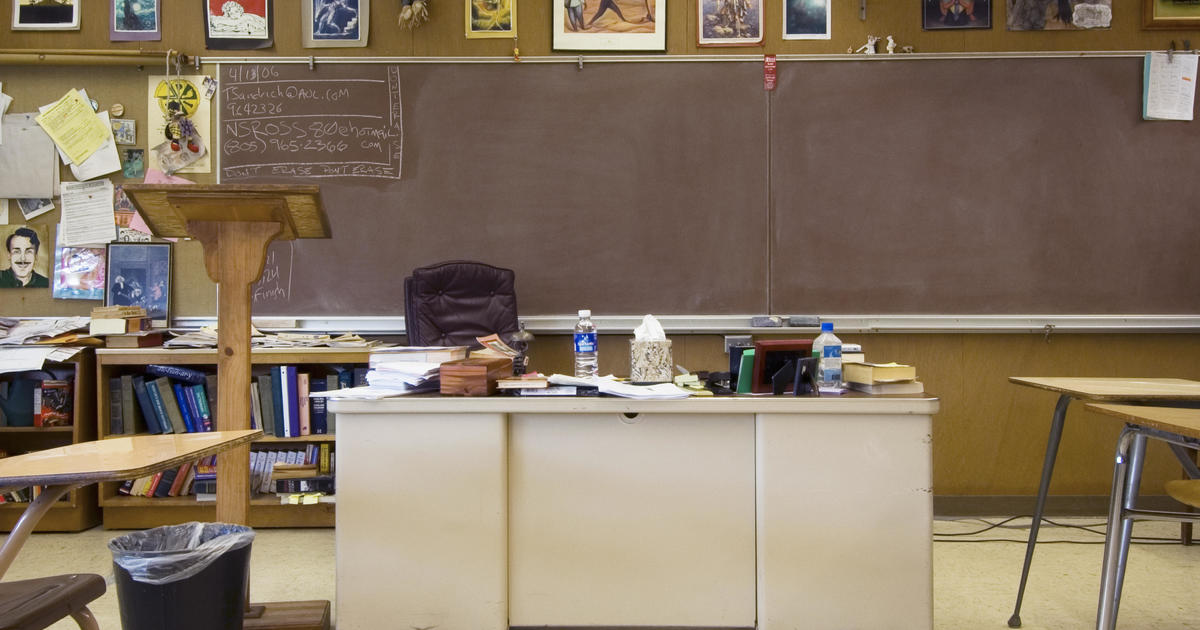 After about three years away from the classroom, Sara Hirsch returned to teaching Spanish in Thornton, Colorado, in the fall of 2020.Months earlier, the pandemic had upended education, and the school year came with a major adjustment.

“We were expected to do more,” Hirsch told CBS News.”At the beginning of the school year, we weren’t given the time that we normally were to actually prepare for our classrooms.We had a lot more meetings, which I felt didn’t help us prepare for what we were going to be teaching that year.”

Time demands are playing a significant role in why educators like Hirsch feel stretched thin .After one and a half school years at York International, Hirsch left education for good.

In December, she and her husband, an English teacher at York, decided it was best that she resign.She now works as the programs and operations manager for the Denver Urban Debate League.

The Department of Education reports a general shortage of teachers in parts of Colorado.Nationwide, the Bureau of Labor Statistics reports 5.4% of educational services jobs were open in December 2021 — more than double the rate (2.6%) from a year prior.

Teacher shortages may remain a challenge for years as fewer students pursue the profession.

In 2018, only 4.3% of college freshmen intended to major in education, compared to 11% in 2000, according to UCLA’s Cooperative Institutional Research Program.

Hirsch says most of her intended prep time during the school year was disrupted by additional meetings, and filling in for other faculty was also an issue.

“At least once a week I was subbing for another teacher, partly because we have a big sub shortage right now,” Hirsch recalled.According to Hirsch, the school gave her Spanish materials that were more than a decade old.She couldn’t teach the outdated texts and didn’t have all of the corresponding materials, so she devoted more time to prepping for classes on her own.”I was constantly creating my own curriculum and things to go with what I had for the regular Spanish and then for native Spanish, I didn’t have anything.”

Then there was the stress Hirsch suffered from pandemic-era teaching that affected her personal health.

“I was definitely having headaches.I was having like heart palpitations so much so that they put me on a heart monitor for a couple days to see what was going on,” she said.”I had had a conversation with my assistant principal before I went in to resign.

He said, ‘Is there anything I can do to support you that, you know, would have you stay?’ And even in that moment I couldn’t think of anything.”

Similarly, more than half of teachers (55%) surveyed last month by the National Education Association say they will leave education earlier than they had planned.Like Hirsch, three-fourths of those surveyed said they’ve had to fill in for colleagues or take on extra duties due to staff shortages, and 90% said feeling burned out is a serious problem.

Another York Spanish teacher, Colin Krysl, is part of the growing number of educators who feel that this could be their last year at school.

After a teaching stint in Utah and leaving education altogether over the summer, he returned to York in January.The 29-year-old has been wrestling with the notion of leaving since his third year of teaching.In fact, he told CBS News last year that the 2020 school year was the most difficult to date.But now he thinks he might call it quits when this year ends.

“If somebody put a gun to my head, I would probably be like, ‘can I flip a coin,'” Krysl said, when asked if he’d return next year.”I also might want to just do it for one more year just to kind of be more stable financially,” he added.”If you asked me if I’ll be in the classroom in two years, or three years, I say those odds are even lower.”

Krysl’s outlook on his teaching future is partially dependent on his wife finishing her pharmacy residency program, so he may stay an additional school year.

He strongly believes the pandemic didn’t create these problems, it “exacerbated” the problems educators have always faced.

“I’m just exhausted,” he said.”There is not enough time for what I need to do.”

He is drained from doing extra at home to make up for losing his one prep period of the day, outside of lunch, to subbing.He normally uses the hour-long period to grade, craft lessons and make Individualized Education Plans (IEPs) for kids with accommodations.

Seasoned educators who are close to retiring are feeling the strain as well.

At year’s end, Chicago’s Alonzo Hoskins says he is done with teaching in the nation’s third largest school district.

“Teachers are given more duties than ever,” Hoskins said.

The 61-year-old math teacher and former engineer plans to start a solar panel installation business.He would like more support for teachers moving forward, worrying that the “frightening” state of education will hinder the recruitment of new teachers.

“There’s a deep shortage in teachers because it’s no longer a profession, or a career, that people desire to get into anymore.And I think it’s because of our lack of support,” Hoskins said.”That’s why there’s a shortage of teachers though.Who wants to do this now? Who wants to do this when you can’t be a professional in doing it? … If it wasn’t for teachers, where would any of us be? It’s not that way anymore.”

Tue Feb 22 , 2022
Samantha Ruth Prabhu is a style maven and she has been cementing her style credentials with each public appearance.The 34-year-old is also an entrepreneur and runs her online retail label along with her business partner.Samantha has incorporated a lot of her personal style into her brand and tried to bring […] 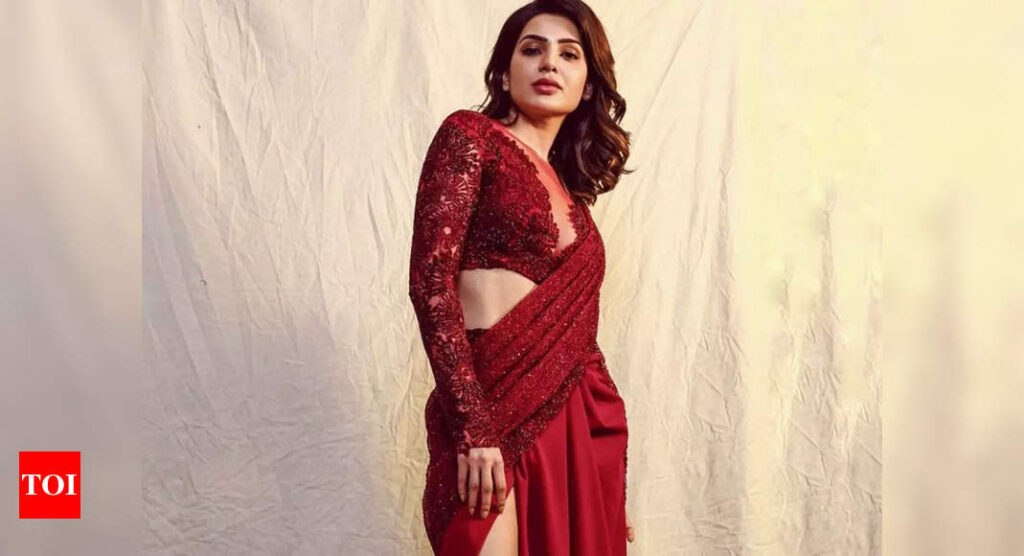