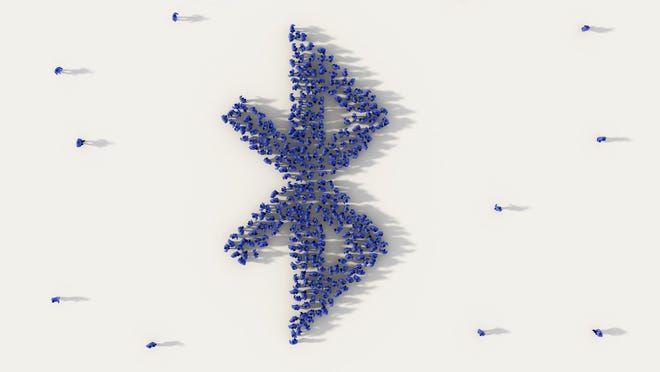 The technology behind Bluetooth connectivity has become increasingly popular and has been used by a new generation of hearing aids and COVID-19 contact tracing apps, among other things.While the wireless technology has become an essential part of everyday life, not many people have given much thought to the inspiration behind the iconic Bluetooth name and logo.According to one viral social media post, it is named after ancient King Harald “Bluetooth” of Denmark and Norway.“His nickname allegedly comes from the extreme amount of blueberries he ate, staining his teeth,” reads a Feb.13 memes shared to Facebook.“Commonly viewed as a great uniter, he’s the inspiration for Bluetooth wireless tech, (because it ‘unites’ devices) and the logo is actually his initials in Nordic Runes.” The meme includes a purported image of Harald and his initials alongside the popular Bluetooth symbol.“So not all of modern life is completely blind to the ways of the Norse,” the user captioned the post.Fact check: Where do false eyelashes come from? Who is King Harald I? It’s true that Bluetooth is named after an ancient Viking king who unified Denmark and Norway.

Harald reigned as the king of Denmark and Norway in the late 10th century, from 958 to 985, and was known for uniting the tribes of Denmark and converting the Danes to Christianity, according to Britannica.The exact year of his birth is unknown, however, it was traditionally thought to have been 910 or 911.

He was the son of King Gorm the Old and Queen Thyra, according to Ancient Origins.Scholars say Harald was nicknamed “Blåtand,” meaning blue tooth, because he had a dead tooth that looked blue and dark.Fact check: Famous 16th century Japanese samurai was an African expatriate Intel worker suggests Bluetooth name in 1996 In December 1996, Intel’s Jim Kardach, who had read a book on Viking history, suggested the name Bluetooth as a codename until the marketing group could come up with a formal technology name.“When asked about the name Bluetooth, I explained that Bluetooth was borrowed from the 10th century, second King of Denmark, King Harald Bluetooth, who was famous for uniting Scandinavia just as we intended to unite the PC and cellular industries with a short-range wireless link,” Kardach wrote in a 2008 column for the EE Times.

He added that he created a PowerPoint foil with a version of the Runic stone where Harald held a cellphone in one hand a notebook in the other hand.The codename Bluetooth was inserted into contracts as a placeholder until an official name was finalized.

When other names that were being considered did not work out, Bluetooth remained.The ubiquitous logo symbolizes “a bind rune merging the Younger Futhark runes (Hagall) ᚼ) and (Bjarkan) (ᛒ), Harald’s initials,” according to Bluetooth’s website.Fact check: Yale library’s fire system protects rare books without suffocating people Our rating: True The claim that Bluetooth got its name from Viking King Harald “Bluetooth” Gormsson is TRUE, based on our research.An Intel representative suggested the name based on the reasoning that Harald united Scandinavia and Bluetooth wanted to unite mobile PCs and cellphones to communicate.

But Harald reportedly got his “Bluetooth” nickname from a dark, dead tooth, not from eating an extreme amount of blueberries, as claimed in the meme.Our fact check sources: Thank you for supporting our journalism.You can subscribe to our print edition, ad-free app or electronic newspaper replica here.Our fact check work is supported in part by a grant from Facebook.Related .

Sat Mar 5 , 2022
As Ukraine defends against a Russian invasion, lights across the country have dimmed Before Russian forces invaded Ukraine on February 24, nighttime satellite imagery captured the bright lights of Kyiv, Kharkiv, Rivne and other urban areas.Now that same imagery shows a country that has gone dark, steeling itself against a […] 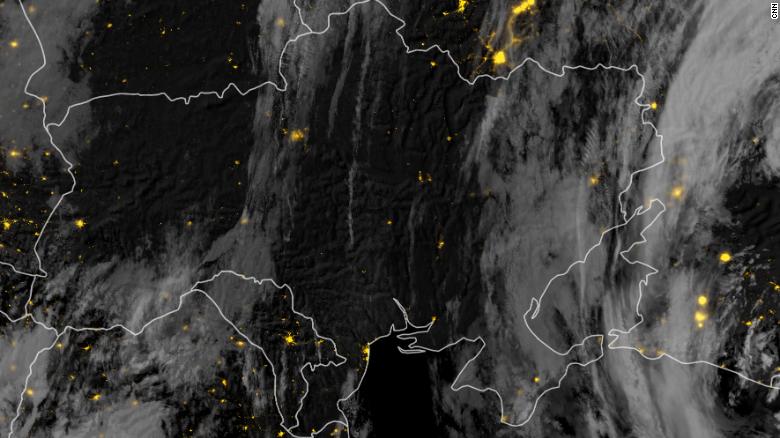