Key Facts The United States will cut off Russia’s largest bank—Sberbank—from the U.S.financial system, restricting Sberbank’s “access to transactions made in the dollar” by preventing it from opening correspondent accounts with U.S.-based banks, the White House said in a statement.

The U.S.will stop 13 Russian state-owned enterprises from seeking debt and equity financing in the U.S.market, preventing them from raising money from American investors, the White House said.

Biden says European countries will roll out similar technology restrictions, a set of penalties the president estimated will “cut off more than half of Russia’s high-tech imports,” harming Russia’s defense and aerospace industries and making it difficult for the country to modernize its economy.

Biden pledged sanctions against several Russian elites and family members who have “personally gained from the Kremlin’s policies.”

Sanctions will also be imposed on two dozen Belarusian banks, defense firms and elites, according to the White House, a move designed to punish Belarus—a key Russian ally—for allowing Russia to partially stage its invasion of Ukraine on its territory.

Crucial Quote: “We have purposefully designed these sanctions to maximize the long-term impact on Russia and to minimize the impact on the United States and our allies,” Biden said.

Contra Biden did not announce plans to cut Russian banks out of SWIFT, a Belgium-based global network that banks rely on to send payment requests to each other—some experts say blocking Russia from SWIFT would be a “nuclear option” with wide-ranging economic impacts .Biden told reporters restricting Russia from SWIFT is still “always an option,” but he said some European countries didn’t support that measure, and claimed the new penalties on major Russian banks will be equally consequential.

Key Background Russia began attacking Ukraine early Thursday local time, with shelling reported throughout the country and Russian troops invading through several border crossings.Shortly after the invasion began, Biden pledged to impose “severe” sanctions on Russia.Earlier this week, after Putin recognized the independence of two breakaway regions of eastern Ukraine, the United States announced an initial tranche of sanctions against two Russian banks, Russia’s sovereign debt and several Russian elites.Germany also blocked certification of Nord Stream 2, a not-yet-operational natural gas pipeline that would connect Germany with Russia, and Biden pledged sanctions against the company that built the pipeline.For weeks, U.S.officials tried to deter Russia from attacking by threatening a large slate of sanctions, but some experts think Putin is willing to tolerate the cost of any economic penalties.

What To Watch For Russian retaliation.

In a Thursday speech announcing the invasion, Putin said any attempts to impede Russia will be met with consequences “never seen in history.”

Virgin Hyperloop to focus on cargo, not people - BBC News

Fri Feb 25 , 2022
Virgin Hyperloop to focus on cargo, not people By Jane Wakefield Technology reporter Published 1 day ago Image source, Virgin Hyerloop Image caption, Virgin says the pods could reach speeds of over 1,000km/h Virgin Hyperloop, a futuristic train service that promised a new era of travel for passengers, will be […] 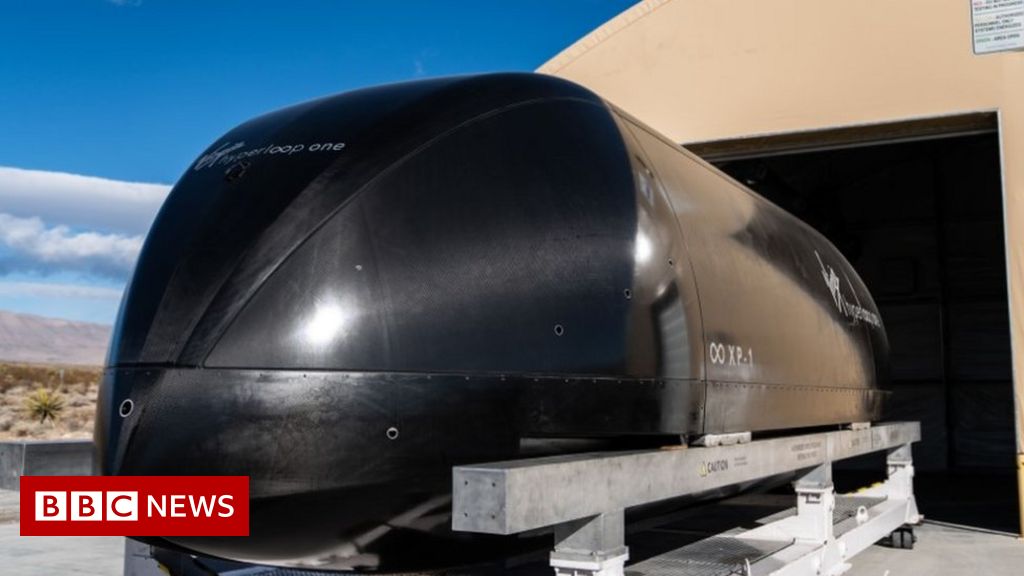