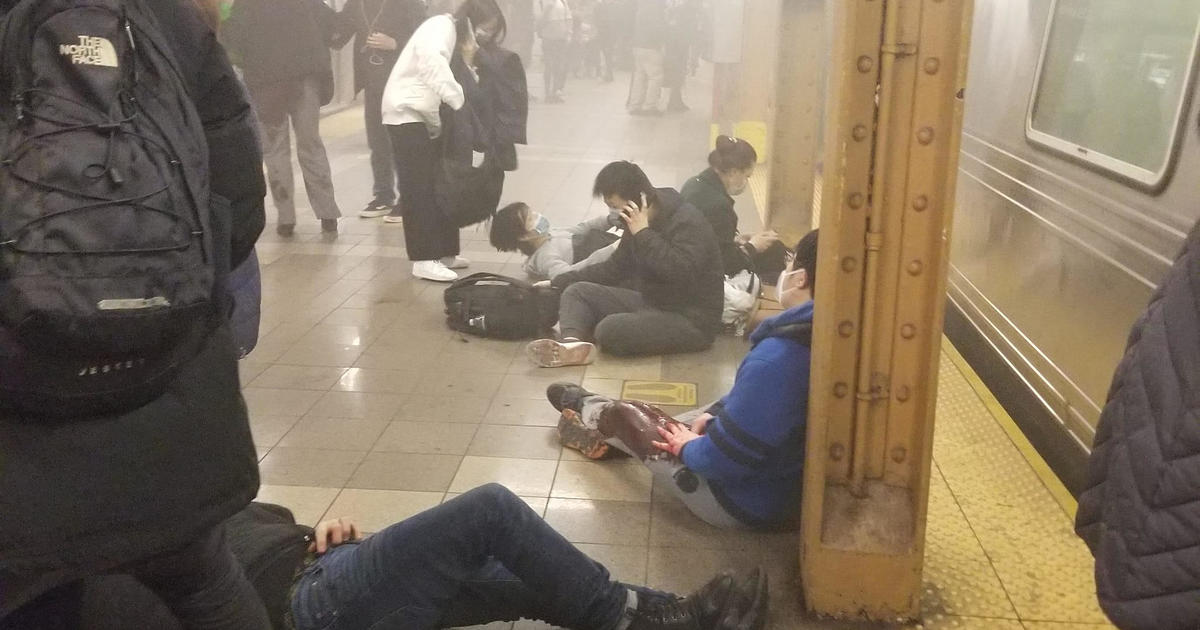 “My subway door opened into calamity.It was smoke and blood and people screaming,” eyewitness Sam Carcamo told radio station 1010 WINS , saying he saw a gigantic billow of smoke pouring out of the N train once the door opened.

At least 10 people were shot at the subway station in Brooklyn, New York, with five people in critical but stable condition, officials said Tuesday morning.Hospitals said over a dozen people were being treated for other injuries.

Fire and police officials were investigating reports that there had been an explosion, but the police department tweeted that there were “no active explosive devices at this time.” Multiple smoke devices were found on the scene, said mayoral spokesperson Fabien Levy.

One witness named Karina told CBS New York that she was dropping her brother off at school when she got caught in the commotion.She said she saw what appeared to be a teenager with a gunshot wound.

“You can clearly see the bullet in his knee,” she told the station.

Juliana Fonda, a broadcast engineer at WNYC-FM, told its news site Gothamist she was riding the train when passengers from the car behind hers started banging on the door between them.

“There was a lot of loud pops, and there was smoke in the other car,” she said.”And people were trying to get in and they couldn’t, they were pounding on the door to get into our car.”

Danny Mastrogiorgio of Brooklyn had just dropped his son off at school when he saw a crush of passengers, some of them wounded, running up the subway stairway at the nearby 25th Street station in panic.At least two had visible leg injuries, he said.

“It was insane,” he told The Associated Press.

“No one knew exactly what was going on.”

Allan Lee said he was running his business, Cafe Nube, when a half-dozen police cars and fire vehicles suddenly converged on the block that contains the 36th Street station.

“Then they started ushering people that were on the block to the adjacent block and then closed off the subway entrance” near the cafe’s door, he told the AP.When he noticed bomb squad officers and dogs, he was certain it was no everyday subway problem.

US raps India on human rights

Wed Apr 13 , 2022
US Secretary of State Antony Blinken speaks at a news conference during the fourth US-India 2+2 Ministerial Dialogue at the State Department in Washington.WASHINGTON: In an otherwise congenial diplomatic engagement between top US and Indian officials, the Biden administration on Monday struck a mildly disapproving and discordant note by unilaterally […]