The two Russian energy giants have a significant footprint in Europe’s largest economy, with Gazprom Germania running gas-storage facilities and Rosneft Deutschland accounting for a quarter of Germany’s refinery business, per Handelsblatt.

Berlin is also considering expropriating Gazprom assets by forcing the giant to sell its gas-storage facilities across Germany, Politico reported Friday, citing a government official and two other people briefed on the plans.

The business daily further reported on Sunday that the plans to nationalize Gazprom and Rosneft units in Germany were met with approval from the ruling coalition.

If the energy companies were nationalized, they would come under the control of German authorities, thereby loosening Russian influence on energy security in Germany and better ensuring supply continuity.

Last week, Germany activated an emergency plan to deal with disruptions to its natural-gas supply after Russian President Vladimir Putin demanded payment in rubles and threatened shutting off Russian gas to Europe altogether.

Germany is now in the “early warning phase” of its energy emergency plan, with Berlin calling for all energy consumers — both industry and households — to save energy and reduce consumption.If the situation worsens, the country might ration gas in the last of the three-stage plan, with industry first in line for power cuts, as outlined by Germany’s economy ministry .

The move could devastate the economy and lead to job losses.

Russian gas accounted for 55% of Germany’s gas imports in 2021 and 40% of its gas imports in the first quarter of 2022, Reuters reported.The country has pledged to end the use of Russian gas by 2024, the economy minister Robert Habeck said in a March 25 press release.

Dmitry Peskov, the Kremlin spokesman, has spoken out against the idea that Berlin might nationalize the German Gazprom and Rosneft units, saying it would be against international law, Reuters reported Friday.

Not an outlier Germany is not the only country said to have considered nationalizing Russian energy assets since Russia invaded Ukraine.

Also in March, the Financial Times and Bloomberg reported that the UK was preparing to temporarily nationalize Gazprom’s British retail-supply unit, as it was in danger of collapsing and causing supply disruption.

The UK’s move appeared to be designed, the Financial Times reported, to save Gazprom unit itself as customers abandoned it over the war in Ukraine.

Berlin is also considering restructuring options for Wingas, a unit of Gazprom, Bloomberg reported Friday, citing people familiar with the matter.Wingas supplies about one-fifth of the German gas market, per Bloomberg.

Meanwhile, Gazprom on Friday said it had terminated its participation in Gazprom Germania and all of its assets, including Gazprom Marketing and Trading, S&P Global Commodity Insights reported, citing a statement .

Wed Apr 6 , 2022
Enlarge / World of Tanks will remain playable in Russia and Belarus even though developer Wargaming is leaving those countries.reader comments 152 with 82 posters participating Wargaming, the developer behind the massively popular military MMO World of Tanks and its spinoffs, has decided to close its offices in Russia and […] 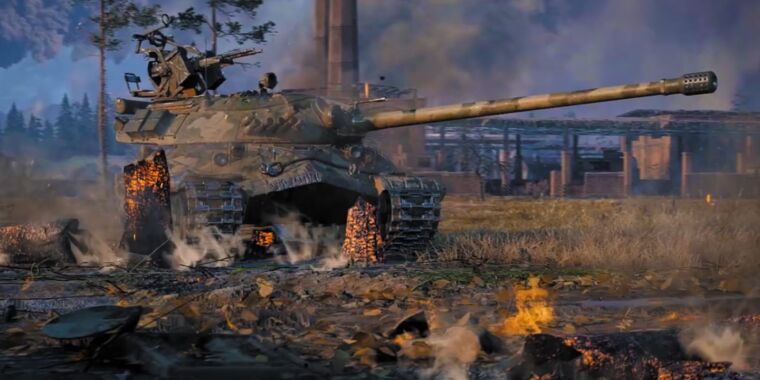