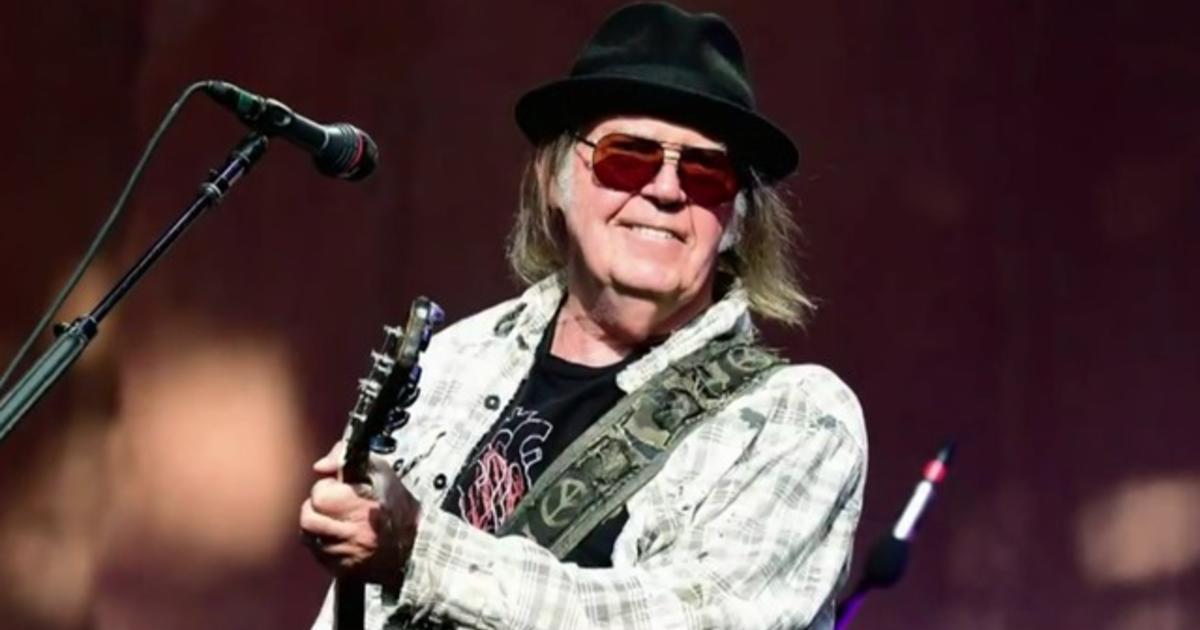 Neil Young is getting support for leaving Spotify this week – even the director of the World Health Organization is praising the musician.

Young said he wanted his music removed from the music streaming platform this week because of the “false information about vaccines being spread.” The 76-year-old rocker apparently doesn’t want to share a platform with Joe Rogan, whose podcast, “The Joe Rogan Experience” has an exclusive deal with Spotify and has frequently spread false information about COVID-19.

Tedros Adhanom Ghebreyesus, director-general of WHO, which advises the United Nations on public health, tweeted about the singer’s strong stance against vaccine misinformation.

“[Neil Young], thanks for standing up against misinformation and inaccuracies around #COVID19 vaccination,” he tweeted Thursday.”Public and private sector, in particular #socialmedia platforms, media, individuals – we all have a role to play to end this pandemic and infodemic.”

False information about COVID-19 and vaccines has run rampant online and on social media during the pandemic, with experts blaming vaccine hesitancy on misinformation.The COVID-19 vaccine is safe and effective and the Centers for Disease Control and Prevention recommends all eligible Americans ages five and up receive the inoculation.About 211,162,083 people in the U.S.are fully vaccinated, according to Johns Hopkins University.

After writing in an open letter that Spotify “can have Rogan or Young.Not both,” Spotify removed Young’s music .

Spotify’s Instagram is now flooded with comments about the debate over the company’s responsibility to remove misinformation published on its platform by podcasters like Rogan.

Most Young supporters are simply commenting: “bye, Spotify.” And while some said they were cancelling their subscriptions, others praised Spotify for keeping Rogan on.

Spotify reportedly paid Rogan more than $100 million to stream his podcast exclusively on the platform.

“I understand it’s a business and tons of $$ would be lost but c’mon, Spotify.

Rogan has famously questioned COVID-19 vaccines on his show, and when he got COVID-19 last year, said he took ivermectin , an anti-parasite drug that’s been heavily promoted on social media despite having no proven benefit against COVID-19.

A group of dozens of doctors and health experts wrote a letter to Spotify, calling on the platform to remove Rogan after an episode last month featured Dr.Robert Malone, an infectious disease specialist who has become a hero in the anti-vaccine community and has been banned from Twitter for spreading COVID misinformation.

Spotify said in a statement on Thursday that “we have detailed content policies in place and we’ve removed over 20,000 podcast episodes related to COVID-19 since the start of the pandemic.”