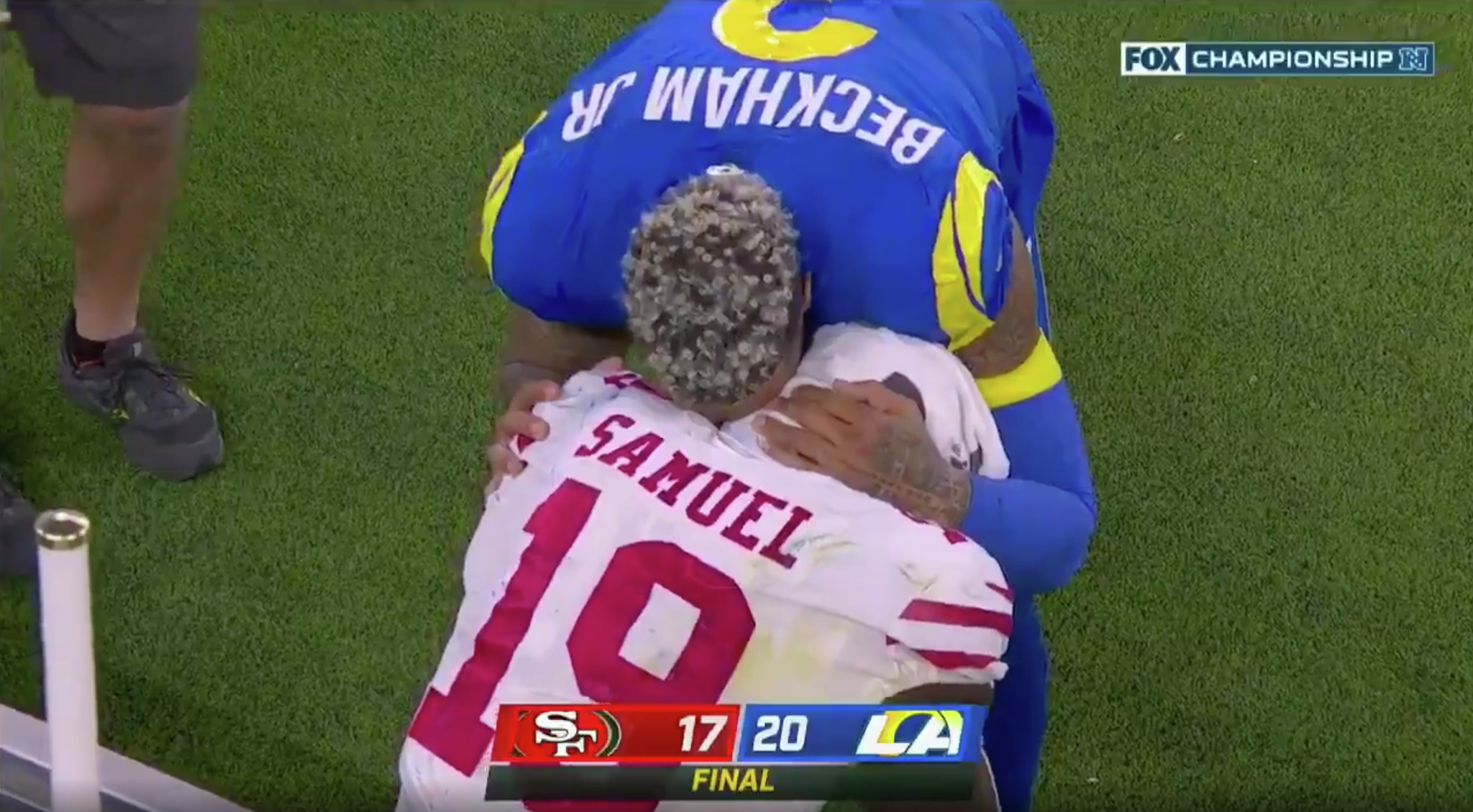 He recorded 72 receiving yards and a receiving touchdown to go with a team-high 26 rushing yards on seven carries.So when the Niners’ season came to an unceremonious end in the NFC championship game, a 20-17 loss to the Los Angeles Rams, Samuel broke down.

Fox Sports cameras captured the 26-year-old superstar in a distraught state — towel over his head, tears streaming down his face.And then, Samuel was then consoled by none other than his opponent, Odell Beckham Jr., who made time to speak to a Niners player when he could’ve instead been celebrating with his teammates.This is awesome pic.twitter.com/A3DmTldMPg The interaction between the two receivers is equal parts heartbreaking and heartwarming.There was lots of talk before the NFC title game about the coaching rivalry between Kyle Shanahan and Sean McVay, plus the built-in antagonism between San Francisco and Los Angeles sports fans, but in the end, players on opposing teams were able to share a genuine moment.

Samuel remained on the sideline well after the game ended, and his own teammates will have to cheer him up in the days to come.But Beckham deserves props for putting everything else aside when he saw someone in need of support..

Tue Feb 1 , 2022
Andrew Whitworth is on his way to the second Super Bowl appearance of his career, but after the Los Angeles Rams beat the San Francisco 49ers, he took to Instagram to send a message to former 49ers tackle Joe Staley.And it wasn’t a kind message, either.Whitworth ripped Staley for a […]