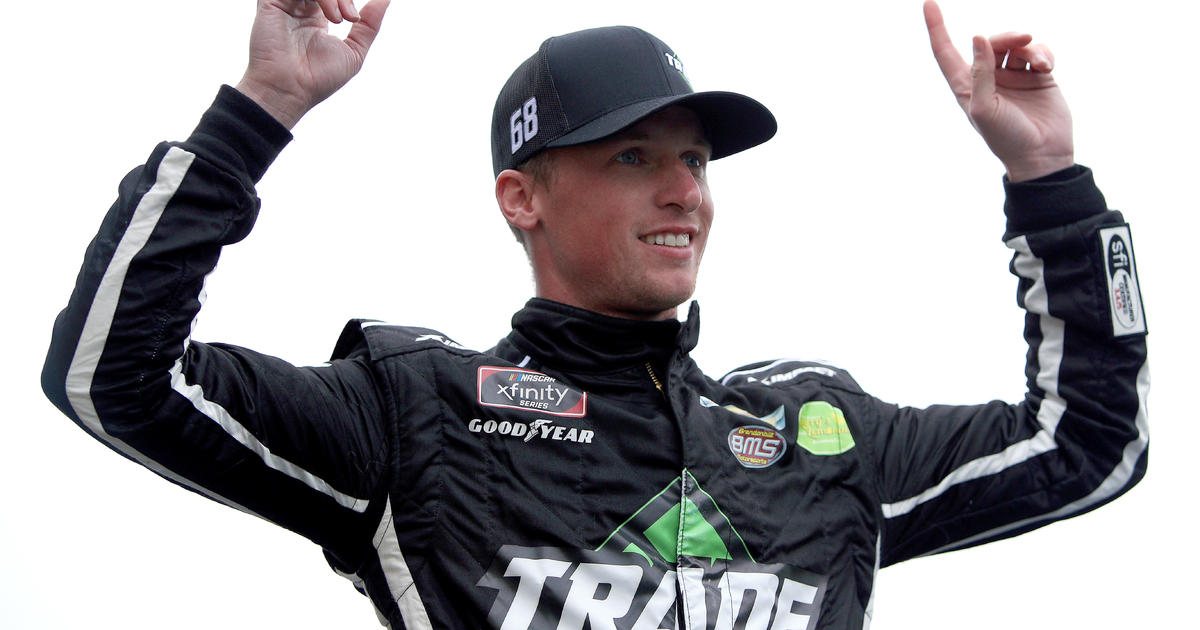 One of the rising stars in professional stock car racing lost a sponsorship deal this week because the cryptocurrency company behind the partnership draws its roots from a divisive political slogan —”Let’s Go, Brandon”— that has become a conservative catchphrase for cursing against President Joe Biden.

NASCAR driver Brandon Brown announced last week that he signed a sponsorship with LGBcoin.io, a newly created meme cryptocurrency similar to Dogecoin.The deal included Brown racing this year with the LGBcoin logo painted on his car.Brown, 28, drives a Chevrolet Camaro for Brandonbilt Motorsports.

However, top officials at NASCAR rejected the sponsor and paint scheme on Tuesday afternoon, a source with knowledge of NASCAR’s decision told CBS MoneyWatch.

Both the “team owner and driver were told on Nov.5 in an in-person meeting that no form of this derogatory and vulgar euphemism would be allowed on any paint scheme or sponsorship,” the source said.

Brown found himself thrust into the national spotlight recently after a post-race interview he gave in October inadvertently spawned the phrase “Let’s go, Brandon” — a veiled insult to President Biden that has since become a new mantra among some Republican conservatives.

After winning his first Xfinity Series race at the Talladega Superspeedway in Alabama, Brown was being interviewed by a television reporter when the crowd behind him began chanting.While the reporter suggested they were saying “Let’s go, Brandon!” it soon became clear that the crowd was chanting a vulgarism at Mr.Biden.

After the interview, the “Let’s Go Brandon” slogan soon became code for an insult toward Mr.

Its name notwithstanding, LGBcoin doesn’t admit to any connection with “Let’s Go Brandon” as an attack on Mr.Biden and instead, on its website, calls the cryptocurrency “not inherently political.” The coin first appeared in early November and now has a market cap of roughly $180 million, according to CoinMarketCap .

LGBcoin founder James Koutoulas said in a statement last month the company wanted to sponsor Brown because he’s “an incredibly talented driver” and “wise beyond his years.” The sponsorship’s goal was to market Brown as “America’s Driver,” Koutoulas said.

“If we do our job right, when you think of us, and you hear, ‘Let’s Go Brandon,’ you’ll think and feel, ‘Let’s Go America,'” Koutoulas said when first announcing the sponsorship.

The newly painted Brown-LGBcoin car was scheduled to debut next month at Daytona International Speedway.In an op-ed published last month in Newsweek , Brown said he has “no interest in leading some political fight.”

Still, the Let’s Go Brandon incident serves as the latest example of NASCAR nipping something highly political in the bud.

The league has spent the past two-plus years reworking its identity into a sport that’s more welcoming to a diverse crowd of race fans.

In June 2020, following nationwide protests over the death of George Floyd , NASCAR permanently banned the presence of Confederate flags from its events, because it said the symbol ran contrary to the league’s goal of “bringing people together around a love for racing.”

That decision was prompted by Bubba Wallace, NASCAR’s only Black full-time driver, who had called for the flag to be banned .Wallace, also 28, has led most of the racial justice changes that NASCAR has implemented in recent years, including the Confederate flag removal, ESPN reported .

A year later, Wallace became only the second Black NASCAR driver to ever win a Cup Series , behind Wendell Scott in 1963.

Fri Jan 7 , 2022
A Southern California man was arrested after he recently attacked workers at a coronavirus vaccination clinic, allegedly calling them “murderers” and falsely accusing the staffers of causing the covid pandemic, according to police and clinic officials.Two staff members with Families Together of Orange County were injured in a Dec.30 attack […]