A Southern California man was arrested after he recently attacked workers at a coronavirus vaccination clinic, allegedly calling them “murderers” and falsely accusing the staffers of causing the covid pandemic, according to police and clinic officials.Two staff members with Families Together of Orange County were injured in a Dec.30 attack on the group’s mobile clinic in Tustin, Calif., the organization said in a news release Wednesday.Families Together said one of the members “sustained serious injuries and was sent to the hospital in an ambulance” but that both workers “are expected to make a full recovery within a few days.”“We are thankful for our team’s bravery, strength and resilience,” the group wrote.“Despite the violent nature of the assault, Families Together kept offering vaccines and boosters to patients that day and the team was fully back at work the following week.”Thomas Apollo, 43, entered the clinic maskless last week and accused workers of being “murderers” who are “making people sick” before he started throwing punches at staffers, Parsia Jahanbani, mobile operations manager for Families Together, told the Orange County Register .Jahanbani recounted to the Los Angeles Times that it took multiple people at the clinic to pry Apollo away from a medical assistant he was beating up and that seven police officers were needed to restrain the man over about 15 minutes.Apollo, of Poway, Calif., was arrested and booked into the Orange County jail Thursday on suspicion of battery and resisting arrest, according to police.

He was released on bail Friday, records show.His case has been forwarded for review to the Orange County District Attorney’s Office, which will decide whether to pursue criminal charges against him, Tustin Police Lt.Matt Nunley told The Washington Post.Families Together of Orange County CEO Alexander Rossel said in a statement to local media that the organization “will not tolerate any type of violence or threats against our staff, patients or volunteers.” He told The Post that Families Together was “shocked by the attack on our covid vaccine team.”“We know the case is now in the hands of the District Attorney’s office and we hope it proceeds in enforcing the full extent of the law,” Rossel said in a statement.Apollo did not respond to a request for comment.

It’s unclear whether he has an attorney.The United States continues to deal with a persistent partisan divide over coronavirus vaccination, even as the highly transmissible omicron variant causes case numbers to surge nationwide.The divide has resulted in the spread of misinformation on vaccines, as well as online and in-person harassment of health-care workers .The harassment has been met with immediate blowback.Utah tech executive Dave Bateman resigned Tuesday after sending an email hours earlier to state lawmakers and business leaders that was littered with baseless claims and antisemitic tropes about the vaccines.A tech exec sent an antisemitic email about vaccines to lawmakers and business leaders.He resigned hours later.But as the pandemic approaches its third year in the United States, violence and threats against health-care workers remain a disturbing trend nationwide.In Tennessee, a woman was arrested in May on charges of driving through a vaccination site at high speed and nearly hitting seven workers while yelling, “No vaccine!” Cox Medical Center Branson in Missouri acknowledged in September that violence against its workers had tripled over the past year, prompting the facility to give employees panic buttons.Some Kootenai Health employees in Idaho told administrators they were scared to go to the grocery store if they were still wearing their scrubs, according to the Associated Press .

‘No vaccine!’: Woman arrested for allegedly driving through vaccination site, nearly hitting workers Families Together of Orange County — which has administered more than 50,000 doses of coronavirus vaccines as of Wednesday, according to the news release — was operating its mobile vaccination clinic last week in the parking lot of its offices in Tustin, about 35 miles southeast of downtown Los Angeles.In addition to vaccines, Families Together also offers medical, dental, vision and wellness services.After Apollo walked into the clinic without a mask before 10 a.m., workers asked him to put a mask on, according to police.When Apollo refused, he was asked to leave.“He said, ‘I don’t need a mask, I don’t have the virus, and you are the ones making people sick,’ ” Jahanbani, 37, told the Register.“And just every type of profanity you can imagine.”Apollo allegedly shouted and clenched his fists as he denounced workers as “murderers” and falsely accused them of facilitating a hoax inside the mobile clinic.Then, Apollo lunged at Jahanbani and a medical assistant, punching the pair multiple times, the workers told the Register.At one point, Apollo pinned down the medical assistant, who declined to be publicly identified in local media, and landed “a few pretty strong punches” to the official’s head, chest and back, Jahanbani told the Times.“It was one of my biggest fears coming true,” Jahanbani said.It took five people to pry Apollo away from the assistant and pin him down until police arrived.When authorities got to the clinic, seven officers were needed to detain Apollo, Nunley said.Apollo was handcuffed to a stretcher and shocked with a stun gun before he was arrested, reported the Register.“He was shouting, ‘You’re a part of this, too!’ at the officers,” Jahanbani told the outlet.Families Together said it was “extremely saddened” by the attack but that nothing would stop its workers from administering vaccine doses to people who want them.“We’re proud of the strength and bravery of our team, and while this incident has shaken us, we will not be deterred from our mission to keep our community safe and healthy,” the group wrote.Jahanbani told the Register that he was ready to forgive Apollo for the attack — and hopes he understands why vaccination is necessary to help stop the spread of the virus.“This isn’t a man-made problem,” Jahanbani said.“It’s happening to humanity, and we all have to unite together against it.

We all want things to go back to normal, and that’s why we’re doing this.”Apollo is scheduled to appear in court on Jan.27.Read more: Pizzeria workers walk out to protest restaurant that ‘does not take covid seriously’ Omicron surge brings U.S.its highest rate of new coronavirus cases since start of pandemic Navy ship hit with outbreak returns to sea with coronavirus-positive sailors isolated on board.

Fri Jan 7 , 2022
The reward for missing New Hampshire 7-year-old Harmony Montgomery has increased to $60,000, Manchester, New Hampshire police said Thursday.The child was last seen in 2019 but was only reported missing in the last week of 2021, which has sparked a frantic search by police and local officials. The reward for […] 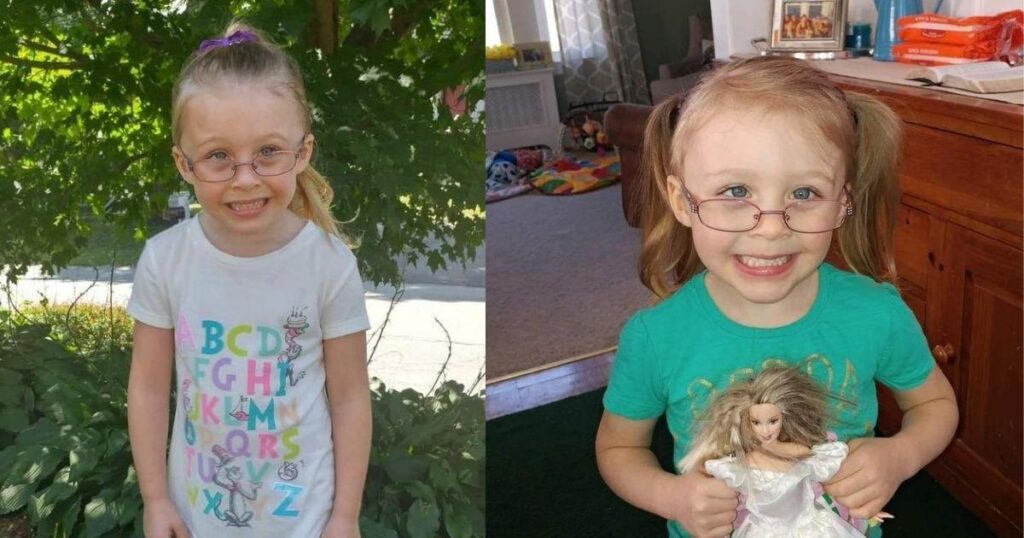