In late October, Facebook made a huge announcement: It was changing the company name to “Meta.” The reason, according to CEO Mark Zuckerberg, was to refocus the company around “the metaverse.” The vision he presented is a worse version of a reality we already have.Get the latest tech news & scoops — delivered daily to your inbox.Late last October, Facebook cofounder and CEO Mark Zuckerberg made a huge announcement: Going forward, the company would be known as “Meta.”

That parent company would still encompass the same portfolio of brands that it did before: Facebook, Whatsapp , Instagram, and Oculus, albeit with a new intent: “to help bring the metaverse to life,” he said.

It was Zuckerberg sticking a stake in the ground: He believes in the “metaverse” concept so much that he’s betting the company on it.

That move had major repercussions.In the months since, hype for “the metaverse” and its corollaries — NFTs, blockchain technology, cryptocurrency, and other so-called “Web3” concepts — has skyrocketed.

First, it was the analysts.

The metaverse has, “the potential to disrupt almost everything in human life,” analysts at Jefferies, led by equity strategist Simon Powell, said in a December note .Bloomberg Intelligence described the metaverse as an “$800 billion market opportunity.”

Major gaming companies, including “Assassin’s Creed” maker Ubisoft and “Final Fantasy” maker Square Enix, have announced new Web3 initiatives: The former introduced NFTs and a crypto-based payment system, while the latter declared 2021 to be “the metaverse year” and announced a big push into the emerging sector in 2022.

They were all following Zuckerberg’s lead.

He’s repeatedly claimed that the metaverse is the successor to the current mobile internet, and he wants to make sure that Meta is a major player in whatever comes next.

In the October video presentation introducing Meta, Zuckerberg also demonstrated what the future metaverse might look like and how it could work.

The video depicted a world where people jump in and out of a 3D virtual space, like those in “The Matrix” and “Ready Player One.”

One of several virtual spaces depicted in a video from Meta in October 2021.Meta The digital space was made by “a creator I met in LA,” one of the floating avatars tells Zuckerberg.

At one point during the conversation, Zuckerberg’s avatar pulls up a digital, 2D video chat to connect to a friend who was supposed to join them.

She’s out in the real world, being a person, and unable to join, but she wanted to show off a piece of AR art she’s seen IRL.The whole thing seems like it could’ve happened over FaceTime or Zoom or any various pieces of technology we already use.

Some avatars look realistic to the person they represent, while others are total abstractions (like the large robot seen above).

Rather than participating in a game, everyone is essentially hanging out in a three-dimensional chat room — something more akin to “Second Life” or PlayStation Home than, say, “Fortnite.”

It’s unclear how anyone in the demo is connecting to the space, or interacting with it, but it appears to be VR headsets — a crucial component of Zuckerberg’s vision for the metaverse that also serves as a business opportunity given Meta’s success with the Oculus Quest line of VR headsets .

In one sense, it’s a vision of a future world that takes many long-existing concepts, like shared online worlds and digital avatars, and combines them with recently emerging trends, like digital art ownership through NFT technology and digital “tipping” for creators.

In another sense, it’s a vision that takes our existing reality — where you can already hang out in 2D or 3D virtual chat rooms with friends who are or are not using VR headsets — and tacks on more opportunities for monetization and advertising.

Someone’s going to sell the hardware to access this future, and someone’s going to create the software that popularizes it, and Zuckerberg is making it clear that he wants Meta to be a leader on both fronts.

It’s no surprise, then, that the gold rush is on from investors and companies in the tech world: Meta’s video, and Zuckerberg’s commitment to “the metaverse,” successfully convinced them that it’s the next golden goose.

Got a tip? Contact Insider senior correspondent Ben Gilbert via email ( [email protected] ), or Twitter DM ( @realbengilbert ).We can keep sources anonymous.Use a non-work device to reach out.PR pitches by email only, please.

'Baby botox' is on the rise among teens and people in their 20s, but does it prevent wrinkles? 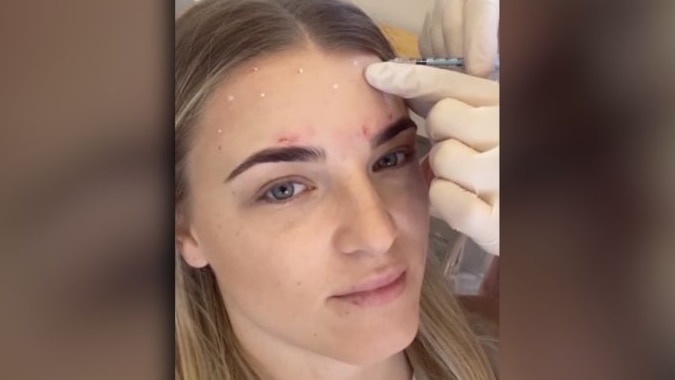