President Biden’s finger-pointing at big business for price hikes has drawn stinging criticism.But this criticism is a straw-man argument.In truth, Biden has not claimed corporate greed or consolidation caused inflation; he has been arguing that corporate consolidation (e.g., in the meat industry) contributes to price anomalies.As he said last week, there are things he can do in the short run to minimize family costs.“I’ve laid out a three-part plan to address costs families are facing,” Biden said.”One, the first part of that plan, fixing the supply chain.Two, protecting consumers and promoting competition.Three, lowering kitchen table costs, including with my Build Back Better Act.”Clearly, he is not blaming inflation on corporations any more than he is blaming child-care providers.

He is simply seeking relief for consumers where he can.With overall price inflation, it is not unreasonable to fight against market distortion wherever he finds it.Meanwhile, Republicans’ gripes about the economy have their own problems.For one thing, their accusations that government spending has driven up deficits is just wrong.MarketWatch reported this week that the deficit “narrowed to $356.4 billion in the first two months of the fiscal year …down from a $429.3 billion deficit over the same period last year.”MarketWatch also reported: “The White House projects a budget deficit of $1.66 trillion in 2022 compared with $2.8 trillion last year.Some economists worry that this fiscal tightening will slow down the U.S.

economy more than the Federal Reserve and most economists believe.” Yes, a downturn in spending — not runaway spending — should be a serious concern.

Moreover, if a single Biden spending plan — even a $1.9 trillion one — were responsible for inflation, why do we see inflation happening worldwide? For example, CNBC reports : “Euro zone inflation hit a record high in December.… Preliminary data showed Friday that the headline inflation rate came in at 5% for the month, compared to the same month last year.

The figure represents the highest ever on record.”Last month, Marketplace described the global phenomenon:The reasons for this trend are not hard to spot.Marketplace reports: “There are common forces behind the rising costs: global oil prices, pandemic supply chain problems and the way the virus has changed spending habits.” Internationally, spending shifted to goods, which were scarce because of production shortfalls.Did checks to families in the midst of soaring unemployment, widespread hunger and a housing affordability crisis increase demand? Yes, in some cases (although in many cases the checks were simply replacement for lost earnings).But given that the alternative was widespread misery and massive business failures, that stimulus was entirely reasonable.To recap: Biden isn’t really claiming corporate greed is causing inflation, although he might be exaggerating the role his initiatives will have to reduce inflation.Inflation isn’t a Biden problem (recall the trillions spent under the previous administration) or even an American problem; it’s the result of an economy that screeched to a halt and then shifted into high gear.The way to manage systemic inflation is and always has been through responsible monetary policy.Success on that front won’t give Biden bragging rights (although he smartly reappointed Jerome H.

Powell as the Federal Reserve chair), but neither does the worldwide inflation phenomenon justify Republican caterwauling or Sen.Joe Manchin III’s (D-W.Va.) reluctance to agree to a package of subsidized child care and climate change mitigation.That might not be satisfying for the media or politicians, who like to blame someone for society’s problems.But it is reality..

Thu Jan 13 , 2022
To say that the U.S.Labor Department’s jobs reports are important would be to undersell what many observers consider something of a critical economic barometer.That data, which includes the official measure of national unemployment and monthly job creation, shapes economic forecasts.But it also serves as a potent political measure, an instant […] 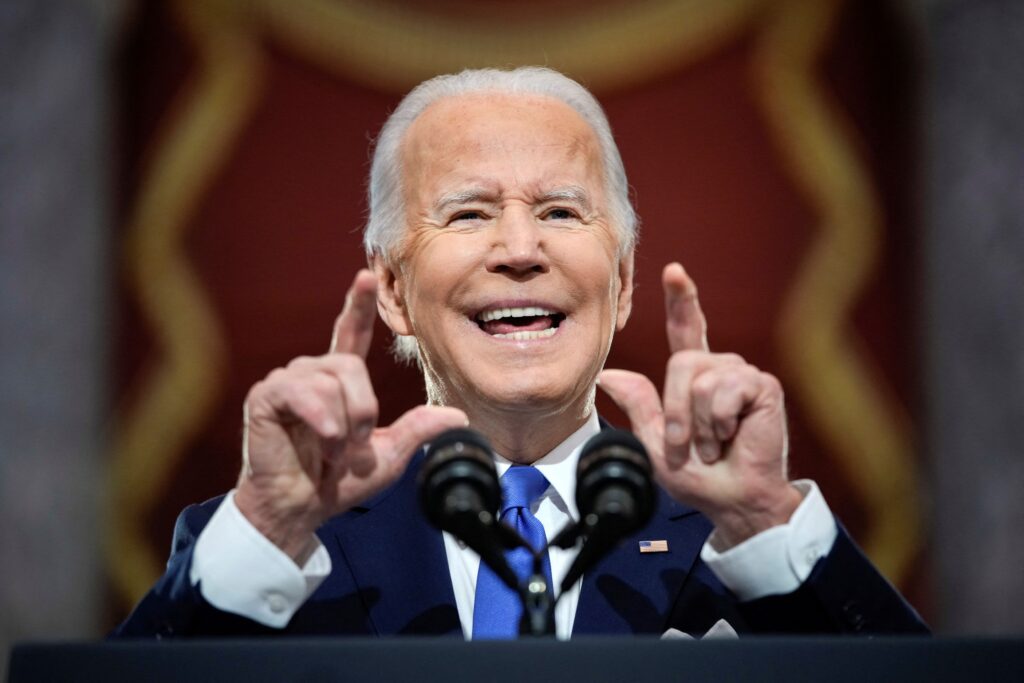