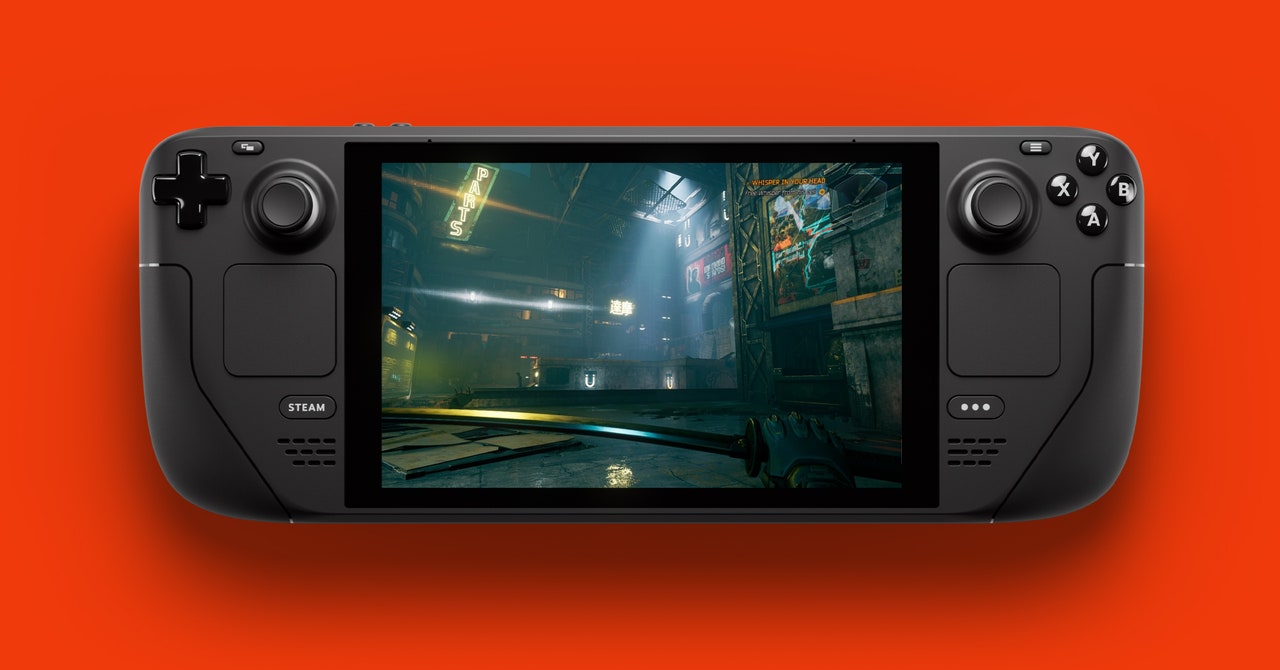 I’ve been playing PC games since I was a kid—I remember trying SkiFree on my mom’s desktop when I was too sick to go to school.Since then, I’ve amassed a vast library of games on Steam, the platform created by Valve; it’s how most people play games on their computers.(Valve is also the creator of hits like Half-Life and Portal .) I was intrigued when Valve announced the Steam Deck last year , a handheld portable gaming console that lets you play your PC games anywhere.It’s the potential kick I needed to get through my ever-expanding Steam backlog .

Well, I’ve been using the Steam Deck for several weeks, playing AAA and indie games on my couch, in bed, while sitting on an office chair, in my car, at a cafe, and on a plane.Some of my fears from when I first heard about the gadget were validated—it’s bulky and the layout of the controls aren’t very ergonomic, attributes you don’t really want in a handheld console.

(The Deck was supposed to launch back in December so it’s already been delayed once.) This console has been in development for four years, through a pandemic, so it’s not surprising to see last-minute issues to correct.But since I received it, Valve has pushed system updates every single day—meaning I’ve had to re-test certain functions over and over again.Valve says it will continue pushing out frequent updates squashing bugs after launch.

That’s both good and bad.It means the software needs more work, but it also shows how committed Valve is to the Steam Deck.I’m glad to see it because this thing has a ton of potential.

I received the top-end Steam Deck that retails for $649, which includes a 512-gigabyte solid state drive.

That said, the MicroSD card slot is hands down my favorite feature.You can hot-swap in MicroSDs once they’re properly formatted to jump in and play a different game, essentially giving the Deck a whole lot more storage.I purchased a 1-terabyte SanDisk Ultra MicroSD card , and it holds all 41 games I wanted to download, including Mass Effect Legendary Edition (110 GB), ARK: Survival Evolved (101 GB), Destiny 2 (74 GB), Cyberpunk 2077 (67 GB), and Death Stranding (64 GB).

The load speed difference between the internal SSD and the MicroSD is minimal—Death Stranding took almost 19 seconds to load up on the SSD and 30 seconds on the MicroSD, though this does fluctuate.So far I haven’t noticed any major differences.I also tried this with 32-GB and 256-GB SanDisk Extreme MicroSD cards and the results were no different.

If you’re worried about Valve’s low storage options, MicroSD cards will have your back.

This Steam Deck is bulky, but not as heavy as I had imagined nor as uncomfortable to hold.It’s 672 grams; for reference, the Nintendo Switch OLED is 436 grams, and the iPhone 13 is 174 grams.

Much of this weight sits on each side of the console, which is curved at the back to fit more comfortably in your hands.It feels weird to hold such a wide handheld (12 inches compared to the 9-inch long Switch), but you get used to it.Literally.The first time I played for an hour straight, my right hand went numb.I now mix in a few breaks and stretch my hands out regularly and it hasn’t happened since.

My biggest concern was the layout of the buttons, especially since you can’t detach the controllers like you can on the Switch.Unlike most controllers, where the buttons and thumbsticks sit on a diagonal—a design iterated on over decades of testing to reduce strain—the Deck’s D-pad and ABXY buttons sit horizontally next to their respective thumbstick.

They’re quite high up to make room for two trackpads on each side of the console.

There are also triggers on the console’s shoulders and paddles on the back, which feel great and remind me of the Xbox Elite controller ..

Sat Feb 26 , 2022
PC gaming has long been thought of as something tied to… well, the PC.Duh.PC gaming is nothing without the PC, right? Contents A PC unlike any other Steam on the go The future of PC gaming is at hand Well, in a lot of ways, that’s exactly the premise the […] 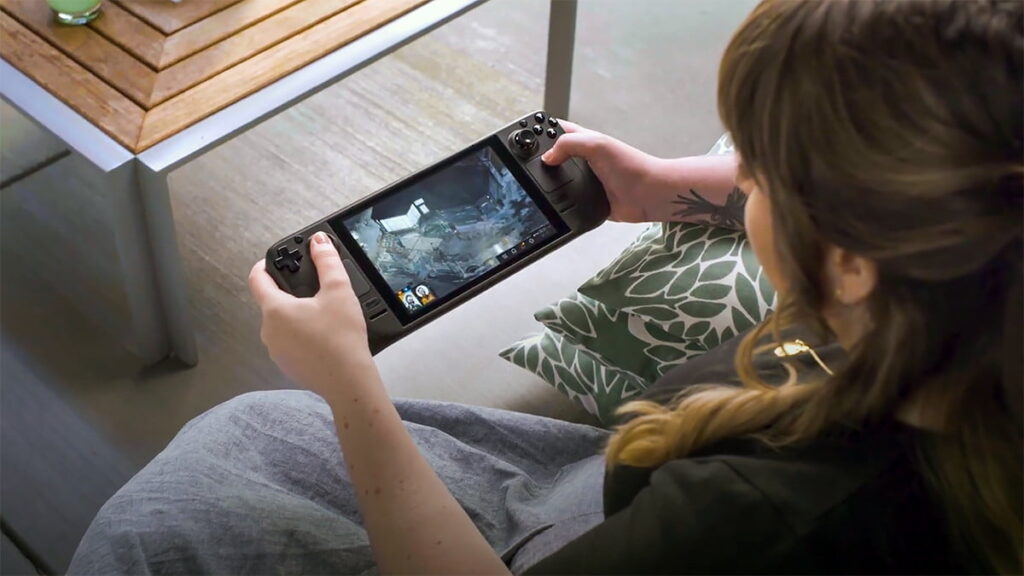