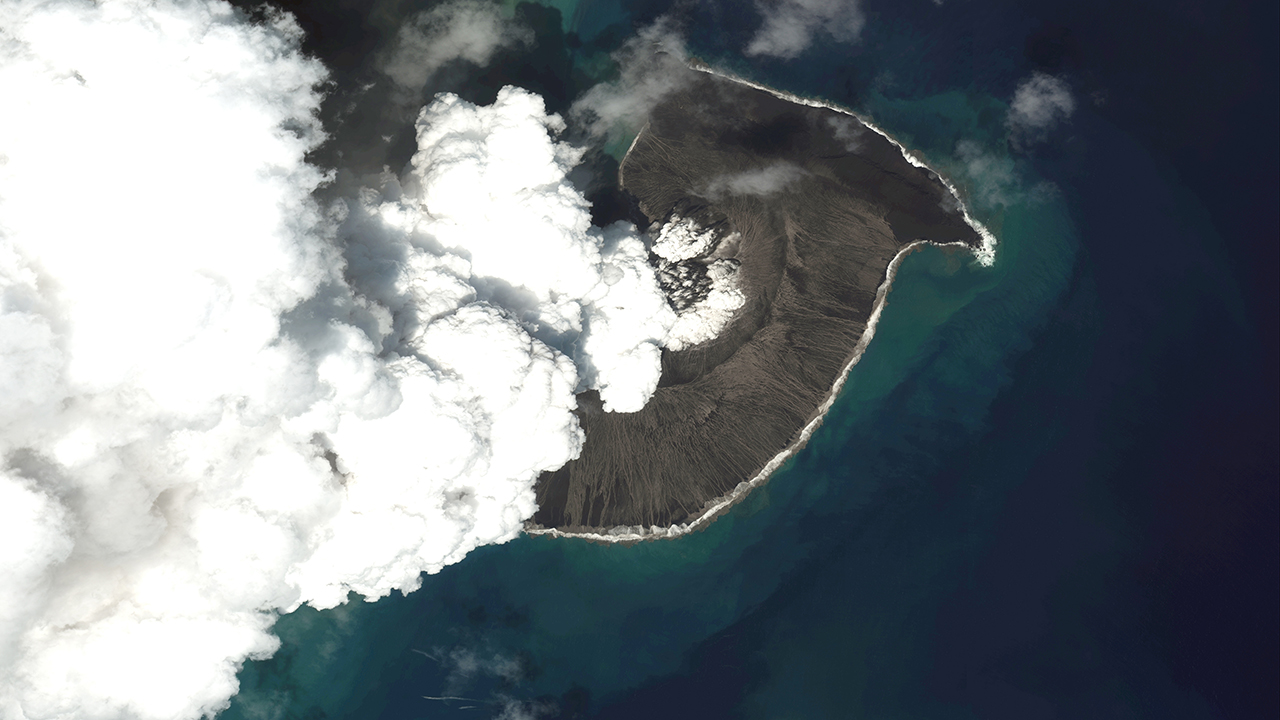 The undersea volcano near the island nation of Tonga erupted on Saturday with an explosive force that was more than 600 times as powerful as the atomic bomb dropped on Hiroshima, Japan , according to scientists and reports.James Garvin, the chief scientist at NASA’s Goddard Space Flight Center, told NPR that they came up “with a number that’s around 10 megatons of TNT equivalent.”That means the volcano blast was equal to the force of more than 650 “Little Boy” atomic bombs, one of which was dropped on Hiroshima, Japan in 1945 during WWII and had an estimated force of 15,000 tons of TNT.DESPITE HUGE VOLCANO BLAST, TONGA AVOIDS WIDESPREAD DISASTER This satellite image provided by Maxar Technologies shows an overview of Hunga Tonga Hunga Ha’apai volcano in Tonga on Dec.24, 2021.(Satellite image ©2022 Maxar Technologies via AP, File) The Hunga Tonga-Hunga Ha’apai volcano erupted with a blast heard thousands of miles away in New Zealand and Alaska.It also produced a giant mushroom cloud in the sky and sent tsunami waves across the Pacific.Scientists say it was likely one of the world’s biggest eruptions in the past 30 years and probably one of the loudest events to occur on Earth in over a century.”This might be the loudest eruption since [the eruption of the Indonesian volcano] Krakatau in 1883,” Michael Poland, a geophysicist with the U.S.

Geological Survey told the outlet.The blast was so large because the magma inside the volcano was under enormous pressure and had gasses trapped within it, with a fracture in the rock likely causing a sudden drop in pressure, according to Shane Cronin, a volcanology professor at the University of Auckland.The crater also sat roughly 650 feet below the sea surface, at the right depth that could create a big explosion when seawater pours into the volcano and turns it into steam, Cronin added.TONGA’S OLYMPICS FLAG BEARER PITA TAUFATOFUA SAYS FATHER IS MISSING FOLLOWING VOLCANIC ERUPTION While the eruption on Saturday was explosive, it was also relatively brief, lasting only about 10 minutes.Other big eruptions can sometimes continue for hours, the Associated Press reported.Tonga appears to have avoided widespread disaster, despite sitting nearly at the top of the volcano.However, dozens of homes were destroyed and authorities reported at least three deaths on Wednesday.Garvin told NPR that a volcanic explosion of that size shouldn’t be expected in the near future.CLICK HERE TO GET THE FOX NEWS APP “If the past precedent for volcanic eruptions in this kind of setting has any meaning at all,” Garvin said, “then we won’t have another one of these explosions for a while.” The Associated Press contributed to this report.

International airlines suspend some US flights over 5G issue 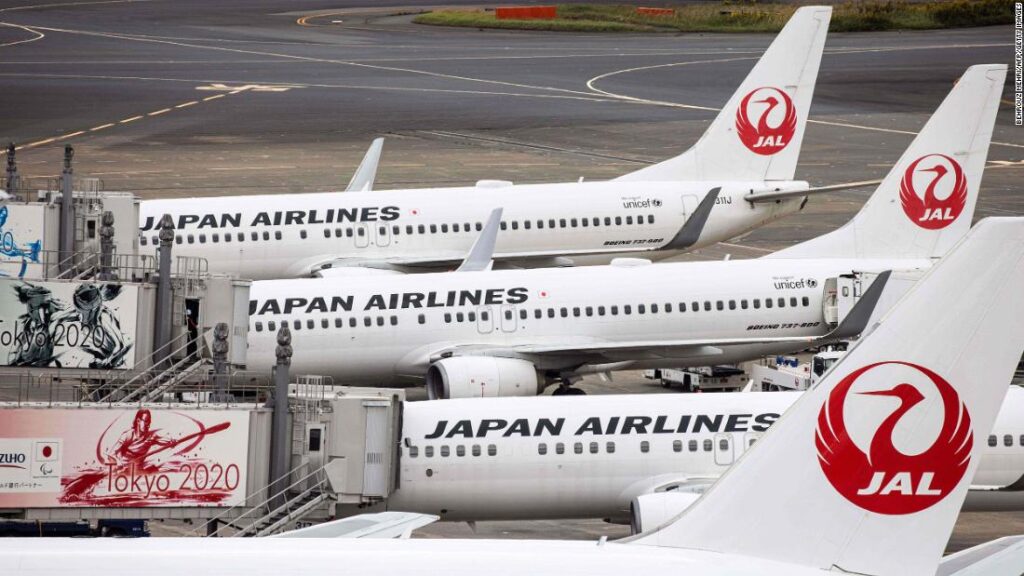