Nickaylah Sampson seemed well on her way to achieving her dream of becoming an officer in the U.S.Army.

A stellar student whose family has a long tradition of military service, the San Antonio native earned a coveted spot at West Point.

She completed her freshman year in the spring of 2021, just as the military launched its vaccination campaign against COVID-19.Though she had no problem with the nine other vaccines the U.S.military requires upon enlistment, she said she worried that the COVID-19 shots were too new for their risks to be fully understood.

She said her parents, both Army veterans, told her she had only one option: “Get out as quickly as you can.”

The latest data from the military show that roughly 30,000 active-duty service members remain unvaccinated against COVID-19, despite a Defense Department mandate issued in August and deadlines that have passed.

Their defiance of a military order is a striking illustration of how deeply politicized the pandemic has become in the United States.

“Racism, suicide, addiction to conspiracy theories — you name it.

If you can find it in the civilian population, you can find it within the military,” said Peter Feaver, a political scientist at Duke University who specializes in civil-military relations.“The difference is that the military has a wider range of tools to include more day-to-day control over the lives of its members … to monitor and manage these problems.”

That helps explain why the vast majority of service members — more than 97% of active-duty forces — have received at least one dose of COVID-19 vaccine.

The rest have sided with the anti-vaccination movement, which is built on conspiracy theories about the pandemic and the vaccines, as well as the libertarian principle against government mandates of any kind.

It’s not just the rank and file or recent recruits refusing to be vaccinated.The holdouts also include officers and service members who are close to retirement and run the risk of losing their pensions.

Thomas Mancino, commanding officer for the Oklahoma National Guard, told his troops last month that he was rejecting the Defense Department’s mandate and would instead be following orders from the state’s Republican governor, Kevin Stitt.

Last week, a federal judge rejected a lawsuit filed by Stitt and the state attorney general challenging the mandate.

In a separate case, a federal judge in Texas issued a preliminary injunction Monday blocking the Navy from enforcing the mandate for 26 SEALs and nine special operations crew members.

The service members had argued in court that the mandate violated their religious freedom because “aborted fetal cell lines” were used in the development of the vaccine, making it an “affront to the Creator.”

The lawsuit is backed by 47 Republican members of Congress who filed an amicus brief defending the “religious liberty” of the plaintiffs.

It’s not the first time vaccination has been an issue in the military.In 1998, when the Pentagon mandated the anthrax vaccine, which the Food and Drug Administration approved in the 1970s, some service members openly worried about possible side effects and resisted.A handful quit.

But for the most part, medical directives have not been seriously challenged.

Lori Hogue, who served as a combat medic in the Army in the 1980s, said she remembers when soldiers were suddenly ordered to receive flu shots.

“We all knew what we had to do,” she said.“When you raise your right hand, you agree to all that stuff.You don’t have a lot of rights in the military.

They tell you what to do.”

Hogue said she and her husband, a Vietnam veteran, have come to the conclusion that the military has become more politicized, starting at the top.

“How many senior people, say in the Pentagon, are anti-vaxxers or hold that political opinion?” she said.“It’s coming from the political climate outside the military and it’s leaking in.”

In March, as Americans across the country were lining up for their shots, the Department of Defense pledged to make the vaccines available to all military personnel by mid-July.At that point, the FDA had approved the shots under an emergency-use authorization, and the military was not requiring them.

But some service members said officers were already pressuring them to get vaccinated.Sampson said she and 34 other unvaccinated cadets were segregated from the rest of their class during training, barred from sports and subjected to briefings aimed at convincing them the vaccines were safe.

“My daughter has valid concerns about this vaccination — concerns pertaining to fertility, long-term effects,” the retired lieutenant colonel told the conservative host.

“Neither the CDC nor West Point have answers to these concerns.”

The Defense Department mandate came a day after the FDA granted full approval for the Pfizer vaccine.Service members at bases around the country began lining up at clinics and in gymnasiums for their shots.

But it wasn’t long before anonymous military-themed social media accounts began popping up and spreading misinformation about the vaccines.

One Twitter user who claims to be an active-duty chief warrant officer and has more than 2,000 followers — many of them servicemen or veterans — wrote that the COVID shot “ has killed many kids ” and that a pharmacy on a military base in Washington was swapping out flu shots for COVID shots without telling people.

In addition to the lawsuit by the Navy SEALs, 16 other service members have sued the Defense Department, the FDA and the heads of every military branch, arguing that the mandates are unlawful.

Among the plaintiffs is Brian Stermer, a sergeant first class in the Army Reserves who said he distrusts the government’s claims that the vaccines are safe and effective.

“It’s a new technology and there’s a nefariousness behind it,” he said.“And the whole shot in every arm — I don’t trust them.”

Stermer, who lives on the Ft.Leonard Wood military base in Missouri, said he considered applying for a medical exemption but realized that as a healthy 33-year-old he stood little chance.

Like many service members refusing to get vaccinated, he is seeking a religious accommodation, arguing that the mandate goes against Scripture.

His chances of being granted one are next to none.The various branches of the military have received a total of more than 12,000 such requests and after reviewing thousands have yet to approve a single one.

As for what will happen to the unvaccinated service members, the military is still figuring it out.

27 says that “any discharge of a service member on the sole basis that the member failed to obey a lawful order to receive a vaccine for COVID-19 shall be an honorable discharge, or a general discharge under honorable conditions.”

The Marine Corps said last month that it kicked out 169 troops for defying the vaccine mandate and that all unvaccinated Marines without a pending or approved exemption or appeal “will be processed for administrative separation.”

Capt.Andrew Wood, a spokesman for the Marine Corps, said that the separations were being handled on a case-by-case basis.

Lt.Col.Terry Kelley, a spokesman for the Army, said that 2,767 soldiers have received “general officer written reprimands” — killing their opportunities for promotions or transfers within the military — and that two battalion commanders as well as four other officers have been relieved of their duties but remain enlisted in the military.

“We need our soldiers to be ready to fight and win, and if this virus is spreading through our ranks, that would obviously have an impact on our readiness,” he said.

Kelley said that the military could not discuss individual cases.

Sampson, who said she received an honorable discharge, wasn’t the only cadet at West Point to give up on a military career because of the vaccine mandate.

Her friend Hannah MacDonald, who left West Point around the same time, provided The Times with a photograph of her honorable discharge certificate.The two had grown close after the academy began segregating the unvaccinated and they were assigned to the same isolation cabin.

“I really want to be a soldier,” said MacDonald, 19, who grew up in Boston.“I wanted to be able to deploy.

I want to be able to fight, and I felt like if I took this vaccine, I would not be commissionable or deployable.I didn’t think it was safe for my health.”

In early November, the two women and a former classmate who also dropped out appeared on Hannity’s show to explain their decisions.

“I truly did feel like it was my calling to be an officer, mostly because my father himself was an Army officer,” Sampson said on the show.“I felt obligated to follow in his footsteps.But when I got there, it didn’t turn out like I thought it would or like I planned.”

MacDonald said that she’s planning on filing a lawsuit against West Point.

A few days after their appearance on “Hannity,” both women received emails from Hillsdale College, a Christian liberal arts college in southern Michigan, offering them admission.

MacDonald said that she decided to take some time off from school to be with her parents to figure out what to do next — and that the college’s offer still stands.

Sampson said she plans to enroll at Hillsdale in the spring and major in mathematics..

I Drove 'China's Answer to Tesla,' and It Was Like Driving an Airplane

Fri Jan 7 , 2022
The Nio ET7 is being billed as the Chinese Tesla.The design is a joint effort from centers in Munich and Shanghai.It features an impressive interior and is ready for autonomous driving.Get the latest tech news & scoops — delivered daily to your inbox.Loading Something is loading. Email address By clicking […] 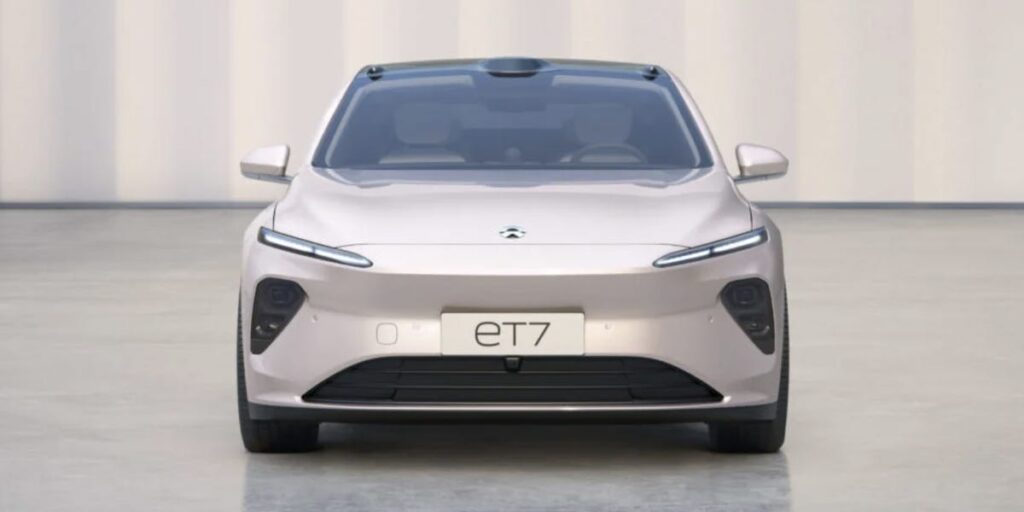