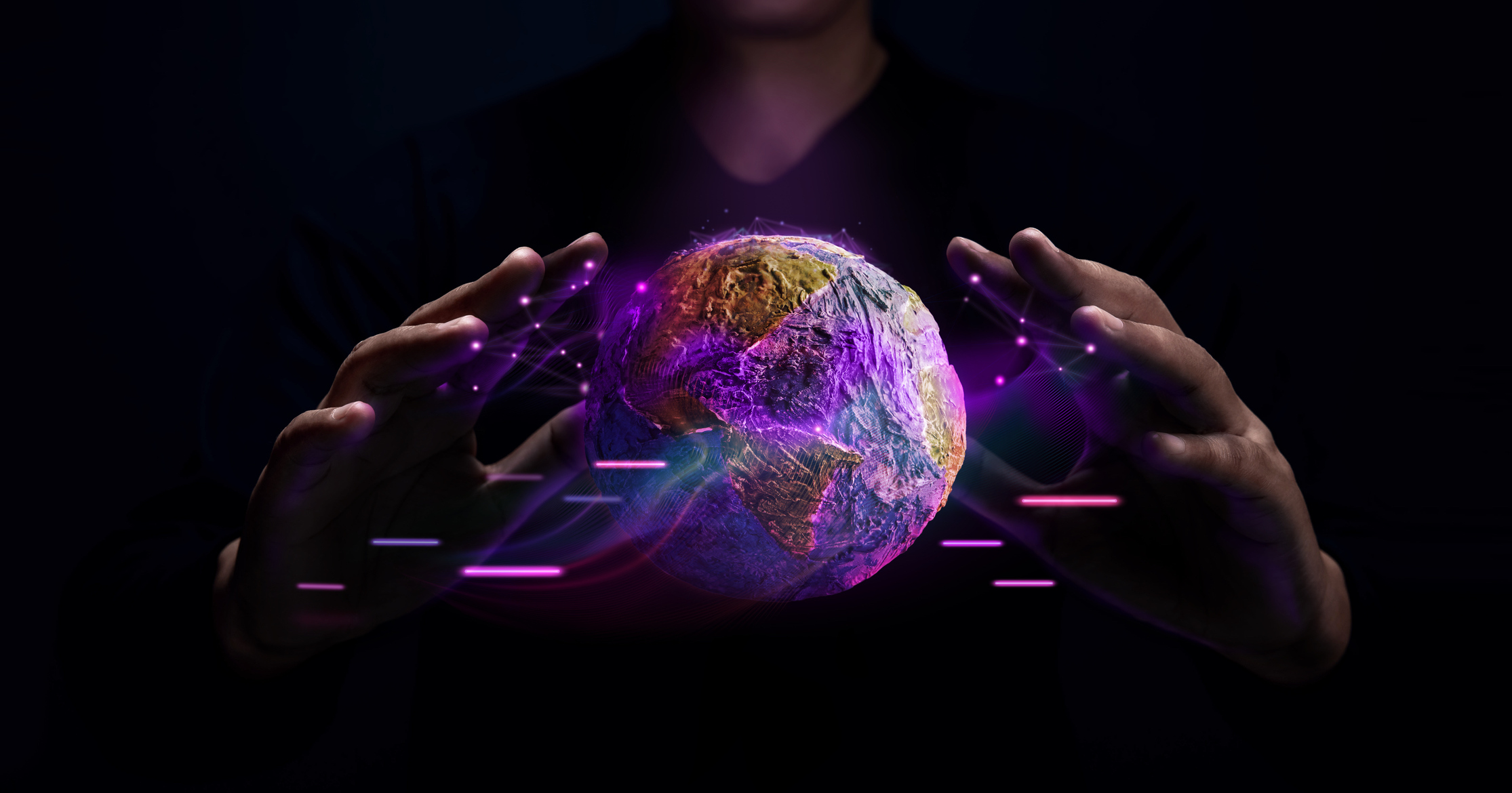 This article was contributed by Filip Martinsson, cofounder and chief operating officer of Moralis .

It feels like you can’t move right now without hearing someone saying something about the metaverse .

We have barely scratched the surface of 2022, and yet this one term threatens to swallow the year whole.The conversation, if you can call it that, seems to stretch only as far as a bunch of conflicting ideas and competing opinions shouting over each other about what it is, what it could be , what it will be, and what it isn’t.Speculation and noise driving hype, hype driving more speculation, and more noise.All of which makes getting to grips with what is being said about the metaverse tricky.

So, what are we really talking about when we talk about the “metaverse”?

What is the metaverse? There is no one technology underpinning the metaverse.Broadly, the technologies that will make it up will include blockchain, cryptocurrencies, virtual and augmented reality , artificial intelligence, and the Internet of Things.Also, there is no agreed-upon definition (which may go some way to explaining why everyone seems to have a different explanation when asked what it is).

The term was coined by American author Neal Stephenson in his 1992 novel Snow Crash , which sees people jump back and forth between reality and the virtual world.

But that is not quite where we are heading.

Instead, it is better to think about the future metaverse as a collection of different worlds built on blockchain.One virtual world will be brought to you by Meta, another by Google, another by Microsoft, and so on.While that may sound very siloed, fragmentation makes sense for a few reasons.Firstly, there is no incentive and no advantage to be gained by Big Tech sharing a singular space — it’s more profitable for them to build out exclusive environments.

Gaming is the new battleground Now that we have covered what it is and what it isn’t, we need to consider how companies intend to build their worlds in the metaverse.And I believe the gaming industry gives us a window into the metaverse strategy of Big Tech.

The gaming industry is the largest, fastest-growing media entertainment category by revenue.Last year, it raked in $180 billion, double that of the movie industry.

It has more than 3 billion regular participants worldwide, spans multiple devices, and current predictions suggest the value of in-game purchases will surpass $74.4 billion by 2025.

Let’s take Microsoft, which recently announced its acquisition of Activision Blizzard .At $69 billion, it is the biggest tech deal ever.Upon breaking the news, the company said the purchase would provide them with the “building blocks for the metaverse.” But what are they getting for their money? And what does acquiring this gaming giant mean for their metaverse strategy ?

The metaverse will require Big Tech to ramp up its efforts to extract and retain more of our attention.So, if you are looking for large communities, regular engagement and massive revenue streams, all of which Big Tech is, look no further than gaming.

This is why the industry is becoming a key battleground for the metaverse.

The deal gives Microsoft a vast library of successful gaming franchises that span multiple devices and have huge revenues.

It now owns Call of Duty (the world’s most popular console game), Candy Crush (over 250 million monthly users on mobile), and World of Warcraft (one of the longest-running and biggest-selling franchises in PC history).But it has not just purchased the content; it has also purchased the communities attached to those games and bought influence over them.

If you believe, as I do, that the metaverse will offer a collected set of interconnected experiences, then the content purchasing, community collecting, device-agnostic strategy that Microsoft is pursuing runs parallel to this vision.So, when the time comes when the technology allows, a transition into the metaverse should be seamless.And with their library of content comes a legion of loyal fans and ready made revenue streams.

While Microsoft’s strategy is clear for all to see (purchase the content, acquire the communities and break down barriers between different devices), I expect the rest of Big Tech to take a very similar line as their strategies begin to take shape.

NFTs and a new digital economy So, with video games seen as the roadmap for building metaversal worlds, digital content revenues are estimated to grow to $400 billion by 2025.But it’s not just Big Tech getting in on gaming and the metaverse.The other early movers in the metaverse space — like fashion, retail and social media — are beginning to exploit their organic overlaps with the industry.

From avatar skins in Fortnite (fashion) to the purchasing of digital accessories (retail) and the creation of live, in-game community events (social media), companies in these industries see the potential of the metaverse to open up a whole new digital economy.

Fashion has moved the fastest, which makes sense; Morgan Stanley estimates that the metaverse marks a $50 billion revenue opportunity for luxury and fashion brands by 2030.Nike has acquired the digital sneaker brand RTFKT, whose shoes fetch up to $10,000.

Ralph Lauren debuted its first digital collection with Roblox.Louis Vuitton designed limited edition outfits for League of Legends and Dolce & Gabbana’s NFT collection sold out for 1,885.719 ETH (at the time equivalent to $6 million).

The key to unlocking this new digital economy lies in non-fungible tokens (NFTs) .

Last year, if you had asked most people what an NFT was, I hazard a guess the most common response would be wide-eyed confusion and a shake of the head.But celebrity endorsements and the media prominence of projects like CryptoPunks and Bored Ape Yacht Club has catapulted NFTs into the public consciousness.

The biggest impact we have seen so far from NFTs is their ability to bring liquidity to non-liquid assets and the change that has brought about in how we think about ownership.

The allure of NFTs for users and brands is simple: users own the digital assets they purchase, brands get a cut of the lucrative resale market if and when digital items are re-sold.Because the ownership and transfer of each NFT are recorded and tracked on the blockchain, the original creator of the asset is able to earn royalties from every sale and resale.

If a player purchases an avatar skin in Fortnite, they do not own it.They hold it only on license from the company.If they lose their saved data, they lose the skin.There is often no record of it and no way to retrieve it.

When it comes to physical items, if you or I purchase a coat from Balenciaga and then sell it, the brand does not receive a cut.However, through NFTs, users can own the digital assets they buy, while brands will always receive a commission from the private sales of those assets.It opens up a whole new area of revenue that just wasn’t previously available.

Ownership and resale records aside, NFTs are already living up to the promise of creating a more equitable digital economy and have the potential to unlock a variety of new revenue streams in both the metaverse and the real world.

What the impact will be on businesses this year for tech and the metaverse In the short term, I don’t expect much change this year.

Big Tech is bullish on the metaverse, so we can expect them to continue to pour billions into building out their exclusive environments.Outside of the giants, I expect the Web3 developer community to continue to grow significantly, although I suspect it will likely still be considered on the small side by the start of next.

Momentum will need to come from creating better developer tooling, allowing smaller firms and more and more people to enter the space, and cutting the cost and complexity of building and scaling tech for metaverse projects, which remains far too high.

I also think we will see more and more VCs backing blockchain, cryptocurrencies, virtual and augmented reality technologies and artificial intelligence — the stuff central to the creation of the metaverse — alongside further investments in companies tagged in metaverse categories such as gaming, online gaming, and virtual property and events platforms.

While I believe that the impact of the metaverse will be minimal on the majority of businesses in 2022, I think it is vital for almost all industries to think about what it means for their future.The businesses that do not adapt will slowly, and then all at once, lose out to the early movers.

Over the next few years, as the metaverse becomes more unified, democratized, and less fragmented, it will be the businesses that adapted the earliest that come out the strongest.

Filip Martinsson is cofounder and chief operating officer of Moralis ..

Sun Feb 13 , 2022
Halfway through hell, I hear the singing. Music is not rare in Hades — the video game’s soundtrack is an absolute banger that follows players throughout the entire journey, punctuated only by moments of silence at the end of battles — but actual singing, up until that point, had been […] 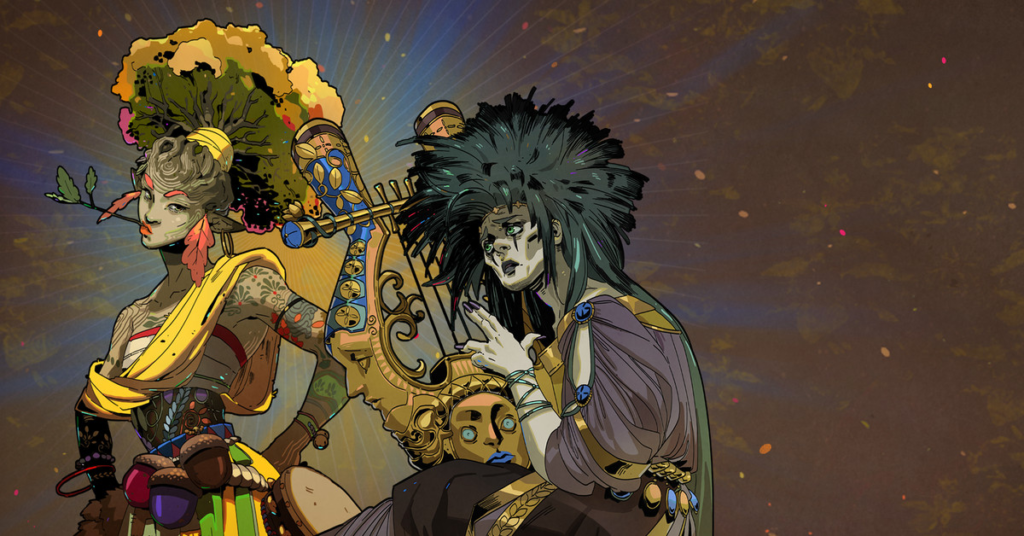