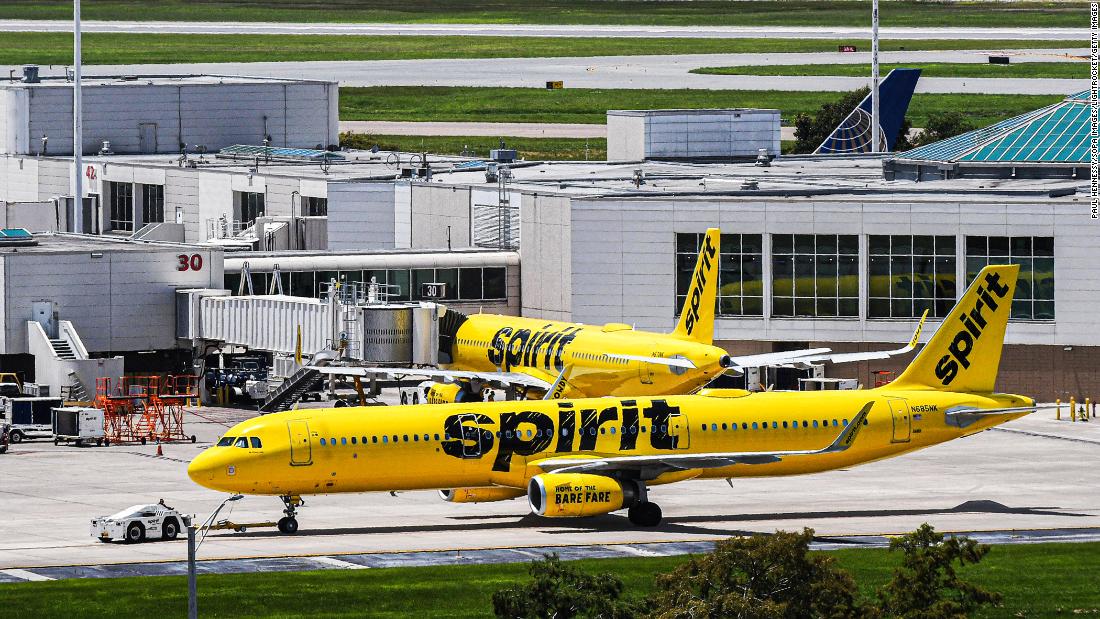 The companies have yet to say what brand they’ll fly under or who would lead management of the new airline.The combined company would offer more than 1,000 daily flights to over 145 destinations.The merged carrier would leapfrog JetBlue ( JBLU ) and Alaska Air ( ALK ) in the number of miles flown by paying passengers, according to 2021 statistics, putting them behind the four major airlines that control about 80% of the nation’s air traffic — American ( AAL ) , Delta ( DAL ) , United ( UAL ) and Southwest Airlines ( LUV ) .”This transaction is centered around creating an aggressive ultra-low fare competitor to serve our guests even better, expand career opportunities for our team members and increase competitive pressure, resulting in more consumer-friendly fares for the flying public,” said Spirit CEO Ted Christie.There are only 519 routes currently served by both airlines, out of 2,832 combined routes, according to aviation analytics firm Cirium.That’s equal to just 18% of their routes, suggesting a combination will have only limited impact on reducing competition for passengers.Read More Like most of the US airline industry, Spirit and Frontier have been struggling with losses the last two years as air travel plunged during the pandemic.On Monday, Spirit reported a 2021 loss of $440.6 million, excluding special items, such as federal assistance that went to all US airlines.

That was an improvement from the $719.6 million it lost on that basis in 2020.Frontier reported it lost $299 million on that basis in 2021, roughly the same as in 2020.But the two airlines’ combined fourth quarter revenue was down only 2% from their combined revenue in the final three months of 2019.That’s much closer to pre-pandemic levels than at the four major airlines.

Much of that is due to the fact they depend primarily on leisure travelers, not business passengers, who have been slower to return to flying.Low fares, low approval The combination would bring together two airlines that have very low base fares, but charge passengers extra for most things, including carry-on bags.Although their passengers might like the low fares, many don’t like the experience of flying with them.Spirit had by far the highest number of passenger complaints, with 13.25 complaints per 100,000 passengers, according to stats from January through September 2021 kept by the US Department of Transportation.JetBlue had the second most complaints on that basis with 6.85, while Frontier had the third most in the industry with 5.76.Frontier had by far the worst rate of complaints in the same period of 2020, when it recorded 60.24 complaints per 100,000 customers.

Frontier and Spirit also had the industry’s worst customer satisfaction ratings , according to the American Customer Satisfaction Index.Frontier suffered some badly-timed service problems Monday morning, soon after it announced the planned merger.A technology issue temporarily resulted in all of its flights being grounded, the FAA disclosed.The statement from the airline said the problem was quickly fixed.”Earlier today, we experienced a technology issue which led to some flight delays and cancellations,” it said in a midday statement.”The issue was identified and has been resolved.

We are working to restore our flight schedule for the balance of the day.” Regulatory hurdles Whether or not the merger will be approved by federal antitrust regulators remains uncertain.The Biden administration has taken a much more aggressive approach on antitrust issues.It recently blocked an alliance between American and JetBlue that fell short of a full merger.Increasing competition in the airline industry is one of the issues that the Biden administration has cited as a priority.

Executives involved in the proposed Spirit-Frontier deal say they believe the merger will bring more competition to the industry.”This is the type of transaction the administration should in fact support,” Bill Franke, chair of Frontier’s board and the managing partner of Indigo Partners, Frontier’s majority shareholder, said in an interview Monday on CNBC.

But given the Biden Administration’s ‘big is bad’ approach we would expect some objection,” said Savanthi Syth, airline analyst with Raymond James.

The US airline industry has been greatly reshaped by mergers in the last 25 years.The four largest airlines today were formed from a series of mergers of 10 airlines.This would be the United States’ first airline merger since Alaska Air purchased Virgin America in 2016.The $6.6 billion value of the deal includes assumed debt, such as aircraft leases.The value of the stock and cash being exchanged would be $2.8 billion, based on Friday’s closing price.Frontier would be the purchasing airline in this deal, as Spirit ( SAVE ) shareholders would receive 1.9126 shares of Frontier plus $2.13 in cash for each of their shares.

That would represent about a 20% premium based on Friday’s closing price.But Spirit shares are up only 13% in midday trading, while Frontier shares were little changed, suggesting investor uncertainty about the deal being completed..

Race to the Palace intensifies: Promises of the presidential bets

Tue Feb 8 , 2022
Duterte already packing to leave Malacañang early as term nears end ■ Oppose the abolition of the Presidential Commission on Good Government (PCGG) as efforts to recover the hidden wealth of the Marcos family need to continue for it to be returned to the people. ■ Oppose the lowering of […] 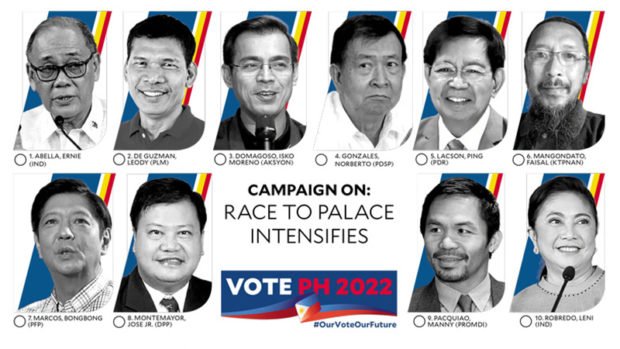