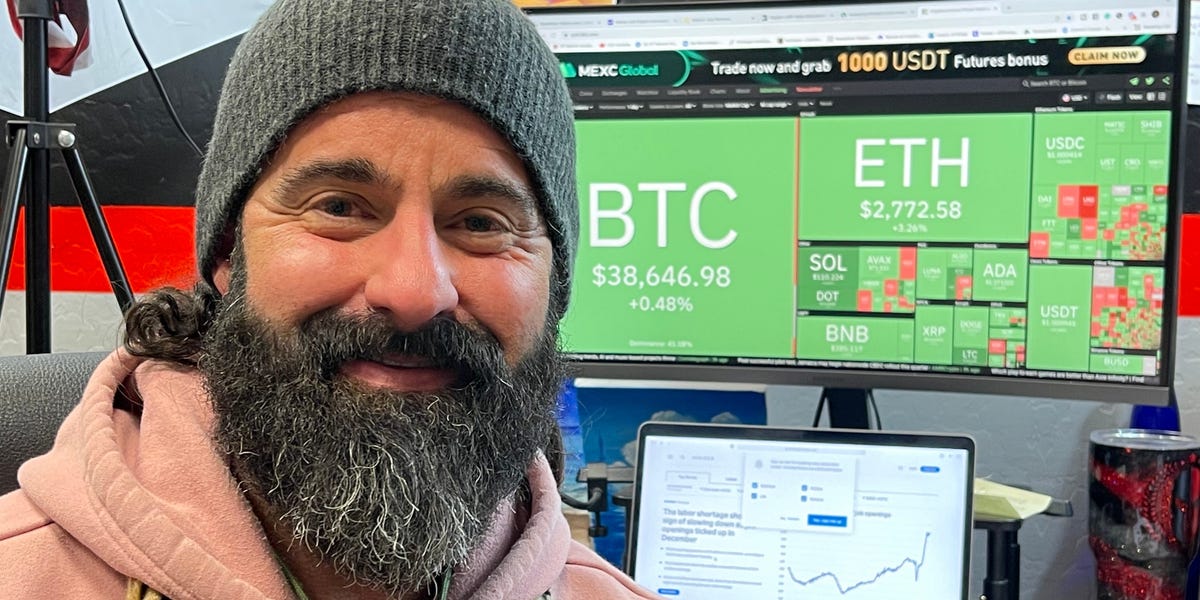 John Vasquez uses his knowledge of banking to decide which cryptos to invest in.He believes a global shift in the banking system will make some cryptos more valuable.Specifically, he’s considering five that are compliant with the new ISO 20022 standard.As the crypto market continues to trend sideways, John Vasquez doesn’t have his eye on the charts.

Vasquez, who’s publicly known as Coach JV, is looking at the big moves happening on the policy and banking front.

Vasquez spent 12 years at Wells Fargo, most recently as a vice president and district manager.But in 2017, he decided to leave the banking world.Today he’s busy building financial freedom and educating others on how to do it too.

His company, 3T Warrior Academy, offers a paid program that focuses on financial, mental, and physical well-being.He also puts out free content about crypto on social media, including TikTok, where he has almost 1 million followers .

His biggest focus now is teaching people how to benefit from a changing world — specifically, the shift from what he considers an outdated banking system to a new financial system powered by blockchain technology.

And while there’s a lot of fear in the market and uncertainty around regulation, long-term developments coming down the pipeline are good signs for crypto, he said.

“When I hear things like that as an investor, that’s positive to me,” Vasquez said.

On the banking front, Vasquez said the growing interest in crypto will mean that banks have no choice but to adapt.

And all three could soon be challenged, Vasquez said.

To be sure, JPMorgan, the largest US bank, saw a record-breaking $48.3 billion in profit in 2021.Citi and Wells Fargo also had a strong year partly due to lucrative investment-banking fees.But Vasquez said their performance was likely due to the liquidity generated by loose monetary policy and low interest rates, which he said are not sustainable.

He cited three other factors that could turn the tide for banks.The stock market is in a slump, potentially slowing sales, trading, and underwriting services.

Cryptos have also broadly slumped alongside stocks in the latest risk-off environment, and volatility could increase trading volumes.

Secondly, customers aren’t walking into banks as much as before.The past five years have seen a 35% drop in foot traffic , NPR reported in 2021.

And third, customers are increasingly turning to decentralized finance.The amount of crypto held in DeFi worldwide has grown by about 8,558% since January 2020, according to Statista .

Meanwhile, exchanges like Crypto.com and Coinbase have announced that customers can deposit government and employer paychecks into their exchanges.

“What that tells me is banks are feverishly, in my opinion, rushing to get up to date with the blockchain, to work with the OCC, which they’ve already been approved to custody cryptocurrency,” Vasquez said, referring to the US Office of the Comptroller of the Currency.

He continued, “They just have to get their stuff together, submit to the OCC.So what I see in the big picture is that cryptocurrency, blockchain, stablecoins are going to be part of our ecosystem.”

No matter how much DeFi evolves, most customers will still want a trusted party to have custody of their finances, he noted.That’s why he’s focused on the opportunities that will come from the banking system’s integration into the crypto sector.

Blockchain technology also creates a great opportunity for banks to move money faster, while its low costs will allow them to build better fee structures that benefit customers and their profit margins, Vasquez said.

According to Frank Sorrentino , the chairman and CEO of ConnectOne Bank, government guidance and regulation will evolve in 2022.

This will result in more banks migrating their processes and payments to the blockchain, he added in a Forbes piece in December.

Potential crypto for the future of banking First, Vasquez believes the rails being built for the banking system are deeply intertwined with ethereum’s blockchain.

Legacy firms like JPMorgan, UBS, and Mastercard have invested in ConsenSys, a protocol that supports blockchain-based financial infrastructure mainly on ethereum.

Vasquez is focused on continually increasing his position in ether .He says he dollar-cost-averages his way into the crypto every month and has an ether miner.

His next focus is on cryptos compliant with ISO 20022.This is an international messaging system for global financial institutions that was first introduced in 2004.It aims to standardize messages among institutions and replace the SWIFT system, with full integration in effect by 2025.

Among the cryptocurrencies that comply with this coming system, Vasquez says he’s heavily invested in ripple (XRP), stellar lumens (XLM), and algorand (ALGO).

Each platform potentially offers utility to the global financial system.XRP is an institutional-funds transfer system, currency exchange, and remittance network.

Even though it’s facing an ongoing battle with the Securities and Exchange Commission as to whether it’s a security, Vasquez says it’s already being used globally.

Stellar lumens is an open-source and decentralized protocol for digital currency to fiat transfers.Algorand aims to accelerate the convergence between decentralized and traditional finance.

Finally, Vasquez recommends checking out quant (QNT), a payment-validator token.Although he’s not invested in it, it’s one his team is researching.

This crypto is also ISO 20022 compliant.

While it doesn’t necessarily mean institutions will use these platforms, Vasquez said ISO 20022-compliant cryptos will probably do better than other altcoins when regulation comes to town.

‘(At JNU), students wear what they wish to wear… we never looked at this issue at all’

Mon Feb 7 , 2022
The clothing practices of students have never bothered M Jagadesh Kumar, the newly appointed chairman of the University Grants Commission (UGC) who was a professor at IIT-Delhi and until recently the vice-chancellor of the Jawaharlal Nehru University (JNU).In an interview with The Sunday Express, Kumar refused to specifically remark on […] 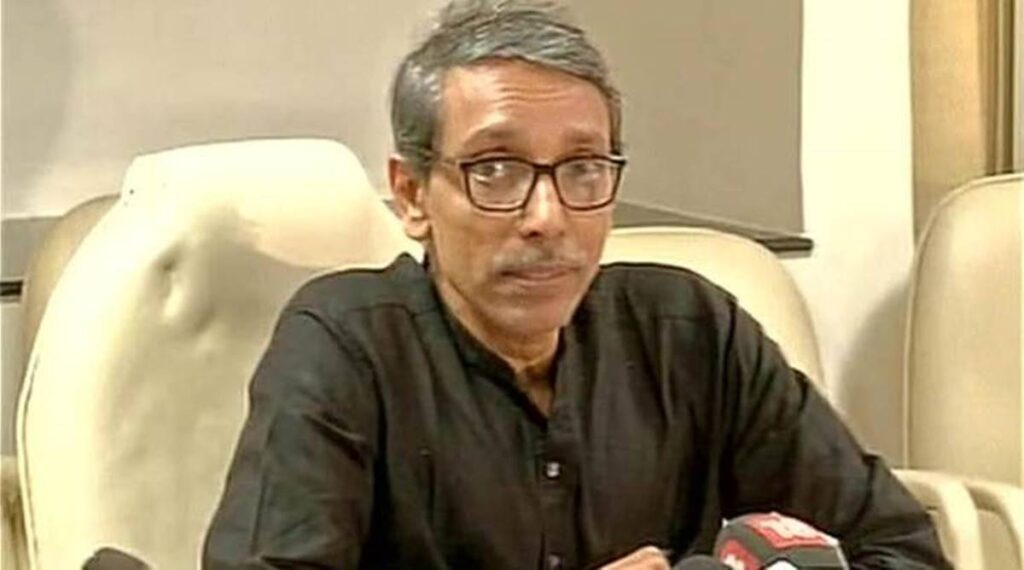