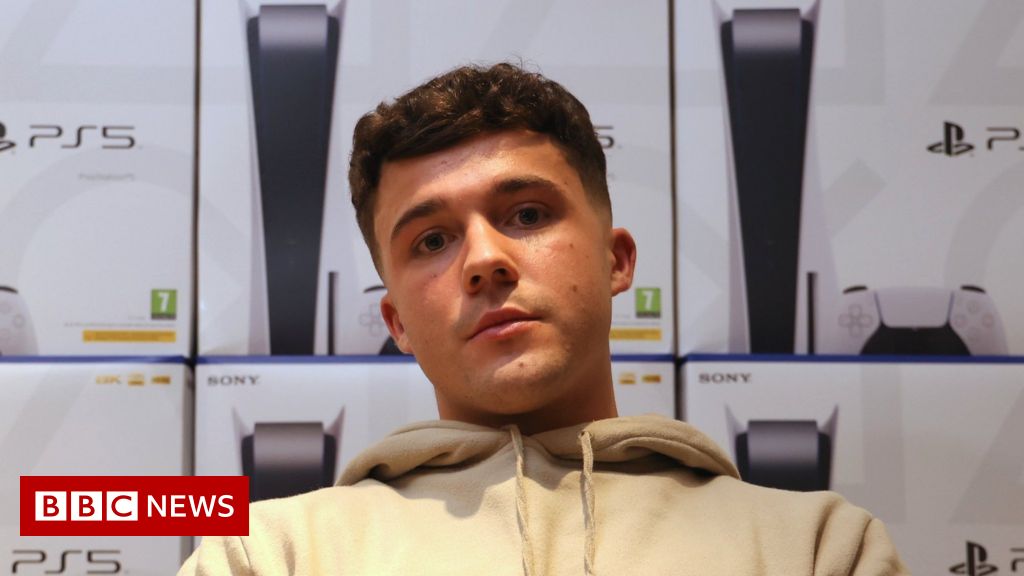 ‘Reselling PlayStations keeps a roof over my head’ By Omar Mehtab

To play this video you need to enable JavaScript in your browser.Media caption, Omar Mehtab asks a “scalper” if he thinks stockpiling goods and selling them at higher prices creates unfair competition.A sudden drop in income, a mounting medical debt and a family to feed left Sheraz (not his real name) struggling to find another way of making money.

During the pandemic his wife lost her job as a beautician, and the government’s pandemic support was not easily available to him.

So, he turned to “scalping” – an unfavourable term for stockpiling popular products and reselling them at a higher price for profit.

Many sought-after items are resold, including concert tickets, limited-edition trainers and games consoles.

While the general resale of football tickets is illegal, practically everything else is legal to buy up and resell.

Sheraz says he only sells to his friends and family to make about £250 extra a month, so that he can “slowly eat away” at a £50,000 medical bill.

But for a majority of resellers, scalping is big business – and they are using tech to give them an added advantage.

Online bots A lot of electronics are in short supply because of a global shortage of semiconductor chips, which are essentially the brains of modern electronic products.

Cars, graphics cards, smartphones and games consoles have all been affected.

The PlayStation 5 – Sony’s next-generation games console – has been particularly hard for many gamers to get hold of.

Image caption, PS5 consoles are still out of stock at most retailers Some shoppers relied on leaked information from big retailers to predict when new stock might become available.But even those staying up until 03:00 excitedly refreshing a retailer’s website would find the stock sold out in minutes.

Real shoppers were being beaten by bots.

Software developed by the scalpers can notify them as soon as stock is available from any of their target websites.Sometimes the bots can even automatically buy items.

The PS5 consoles were being snapped up by bots, only to be resold for twice the regular retail price of £450.

Meeting the scalpers Jack Bayliss is a 24-year-old former investment banker who started reselling six years ago.His profit margins were huge – sometimes he would buy Yeezy trainers for £150 and sell them for up to £1,000.

He decided to quit his day job and start Aftermarket Arbitrage – a reselling company that teaches others how to scalp.Through subscriptions alone, Mr Bayliss says he has made £456,000 in revenue since starting the company 18 months ago.

For £30 a month, subscribers receive alerts as soon as the bots detect that a rare item is in stock.

The 1,200 subscribers are notified on the Discord app, and can quickly head to the retailer’s website to snap up the item.

Asked whether scalping was fair, Mr Bayliss told the BBC: “If you look at any marketplace, if there is an arbitrage opportunity, people are going to capitalise on it.

“Why would you leave the money on the table?”

Image caption, Jack Bayliss spoke to BBC Click’s Omar Mehtab Rather than being greedy, Mr Bayliss said scalpers were simply trying to make some extra cash.But for some, he said it was also to make a living.

Reselling to survive One scalper told the BBC how he cleared a £30,000 gambling debt with the money he earned through scalping.

Another said reselling had introduced some structure into his life and helped him cope with alcohol addiction.

Both men declined to be interviewed on camera over concerns for their safety.

Mr Bayliss received many death threats after articles about Aftermarket Arbitrage were published.

Despite this, Sheraz agreed to be filmed.

“The last two years hasn’t been easy for most people,” he told the BBC.

“I was pretty much rock bottom.If it wasn’t for reselling, I wouldn’t have a roof over my head.”

The bill Using bots to buy products is not illegal in the UK, but has drawn the attention of lawmakers.

Last year, he introduced a bill to Parliament to ban the resale of electronic goods bought by automated bots.

He says that consumers would benefit from the eventual banning of scalping altogether.

“I think it’s skewing the market beyond what’s reasonable, and I think we need to look at what are the protections for the consumers,” he said.

Image caption, Douglas Chapman MP remains strongly against scalping under any circumstances He said “entrepreneurs” should live “within the same rules as someone setting up a High Street shop”.

And although it may hurt his own income, Sheraz agrees.

“I do think bots should be stopped.There are some people that will do this 24/7 and will have up to 20 computers set up.They are stockpiling PlayStations and trainers and toys,” he said.

Mr Chapman’s bill failed to make it through Parliament late last year, but he is planning to renew his bid very soon.

But Mr Bayliss sees it as a matter of supply and demand.

“I wouldn’t class not having a PS5 as suffering.

There are people out there that want to do more than their nine-to-five.They want a side hustle,” he said.

“If you see friction between supply and demand, you’re going to see someone taking advantage of it.”

Sat Mar 12 , 2022
Elden Ring Is The Best-Selling Game Of 2022 In The US So Far Elden Ring has had the second-best launch month over the past 12 months, second only to Call of Duty: Vanguard. From Software’s [Elden Ring](/games/elden-ring/) has becoming the best-selling game of 2022 thus far, with strong sales across […] 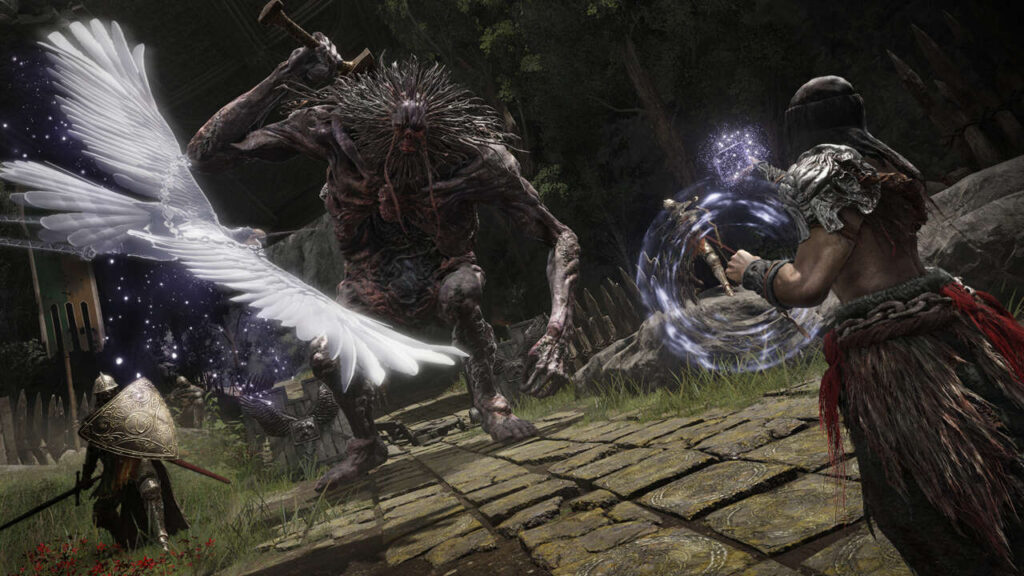