Email address By clicking ‘Sign up’, you agree to receive marketing emails from Insider as well as other partner offers and accept our Terms of Service and Privacy Policy .Microsoft announced plans to buy Activision , the gaming giant behind the popular “Call of Duty” franchise, for a whopping $68 billion on Tuesday.

And Phil Spencer, the former Xbox head and the new CEO of Microsoft’s new Gaming division, sent an email to staff regarding the blockbuster deal, which the company posted on its website.

The new executive said the “incredibly exciting” acquisition is a “milestone for our company, our business, and our industry.” It’s both Microsoft’s and the video game industry’s largest ever acquisition , as Insider’s Ben Gilbert noted.

He used the email to announce that he was assuming the role of CEO of Microsoft Gaming, a new division that the company created as part of its Activision acquisition.Spencer previously served as the former head of Xbox, a role he took on in 2014, before becoming the executive vice president of gaming at Microsoft.

Read Spencer’s full email below: Welcome back from the holidays.

To start, I’d like to thank everyone for all of the hard work and dedication that have built this business and this community.

Obviously, today’s agreement to acquire Activision Blizzard is incredibly exciting.In fact it’s a milestone for our company, our business and our industry.

As players and partners, we all know how talented and dedicated the teams and studios are across Activision Blizzard.The legendary games and franchises across that company have delighted millions of people for decades.Coming together, we can accelerate our mission to extend the joy and community of gaming to everyone.

We have the capability and opportunity to build simply the best, most engaging, most fun entertainment ecosystem anywhere.

Microsoft is committed to our journey for inclusion in every aspect of gaming, among both employees and players.We deeply value individual studio cultures.

We also believe that creative success and autonomy go hand-in-hand with treating every person with dignity and respect.We hold all teams, and all leaders, to this commitment.

We’re looking forward to extending our culture of proactive inclusion to the great teams across Activision Blizzard.

We expect this acquisition to close in FY23, pending regulatory approvals.Once the acquisition is completed, the Activision Blizzard business will report to me.In the meantime, we know you will have a lot of questions.The Gaming Leadership Team and I look forward to answering as many as we can at our next Monthly Gaming Update on Jan.26.

You can submit your questions now anonymously, or post them on our Team Xbox Yammer.Please also refresh on our corporate social media guidelines.

As Satya mentioned, I am now CEO, Microsoft Gaming.This change is a reflection of the incredible work each of you are doing to create the best entertainment ecosystem anywhere.

As a leadership team, we know how much exciting but difficult work we have ahead of us, so it’s crucial that we operate as a single, unified team.To that end, I’m excited to announce effective today that Jerret West, CMO of Gaming, and his marketing team will move from Chris Capossela’s organization to report directly to me.Jerret will continue to be a member of Chris’ leadership team and leverage critical parts of Microsoft’s marketing muscle including Communications, Media, and Consumer Sales.

We will have a webcast for investors and media at 6 a.m.PT to discuss the Activision Blizzard transaction and our plans as Microsoft Gaming.

Thu Jan 20 , 2022
Microsoft’s purchase of Activision Blizzard has been momentous news today , as much for the scale of the deal as its shock value.But we shouldn’t be too surprised.This was inevitable.A handful of companies have always wanted to own everything, and nothing is going to stop them. Advertisement The proposed sale—technicalities […] 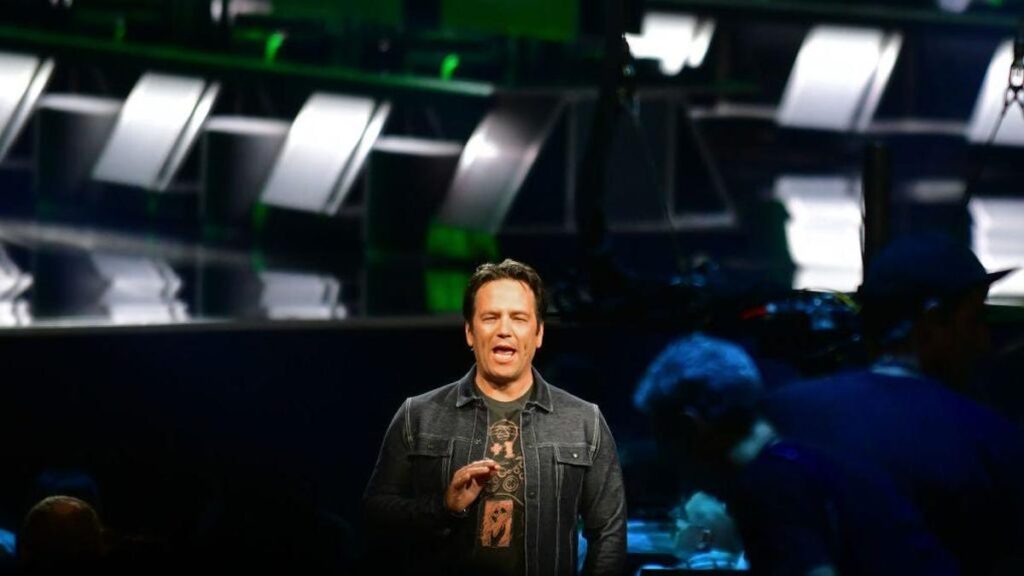