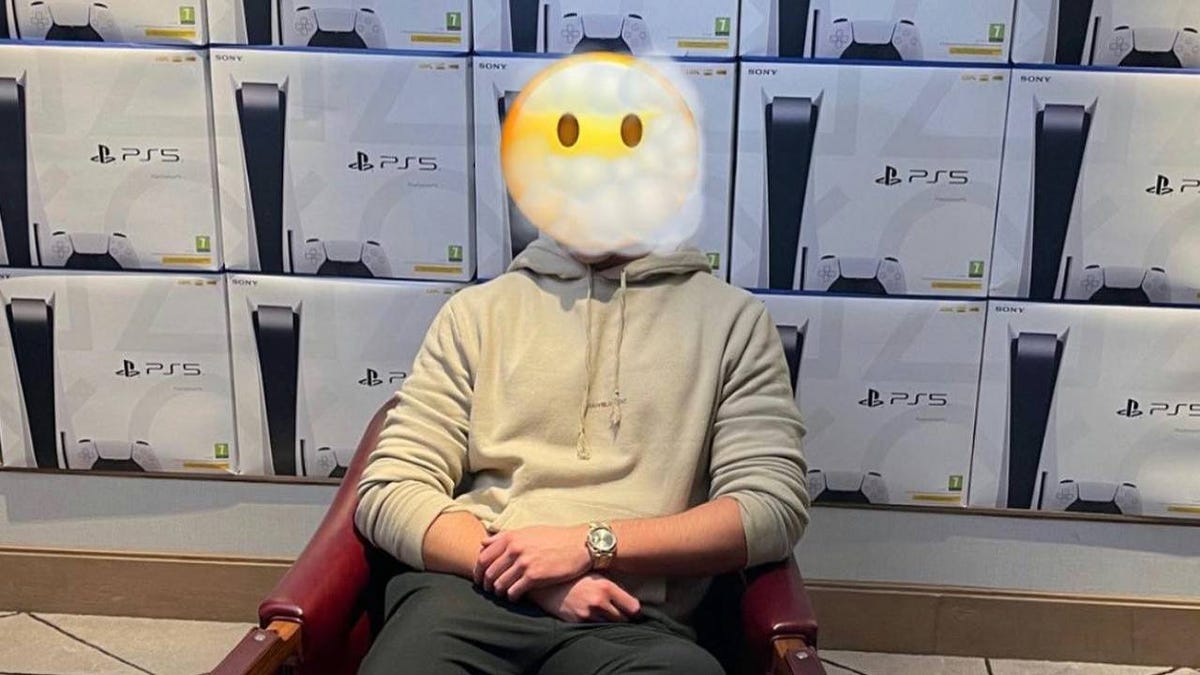 PlayStation 5 and Xbox Series X consoles are still notoriously difficult to acquire.This is partially because of the chip shortage that affects the availability of the components inside the machines, but also because of scalpers who can buy consoles and sell them for a much higher price.One guy named Jack Bayliss is really sticking up for the little guys in that equation: the scalpers.Advertisement As originally reported by VGC , Jack Bayliss runs Aftermarket Arbitrage, a paid subscription service that notifies scalpers when a next-generation console is about to become available at an online retailer, so they have a steady supply of hardware to sell.

A monthly membership costs £30 a month, and a yearly subscription costs £300.While he claims that 95% of his subscribers don’t use bots, that’s cold comfort to anyone who’s hoping to get a PS5 or a Series X this year.Bayliss claims that subscribers who successfully score merchandise are making a month’s worth of salary in “a couple of days” via his supply tip-off service.

Some have reportedly even quit their jobs to scalp full-time, he says.

So how does he justify a practice that’s widely reviled by the gaming community? In addition to noting that video game consoles are a luxury that nobody actually needs, he explains: “What they’re doing is they’re being entrepreneurs, they’re going out, creating a side income, and they’re doing something that 90% of the population can’t be bothered to do.” Gee, I wonder why most people aren’t going out of their way to increase the average cost of a next-generation console on the marketplace.

According to Bayliss: “Look at every single step in the supply chain.

Someone is adding value somewhere.It’s not being sold at cost price.It’s capitalism.” While it’s true that we all live in a capitalist hellscape, labor-added value is usually supposed to add value for… you know, the consumer.Scalpers are making it harder for you to buy consoles, and you get zero added benefit out of it.

In the case of console scalping, only one side is benefitting from this lopsided transaction: the scalper.

When asked about whether or not he was concerned about how he was affecting console availability for other people, Bayliss told Kotaku: “It does not concern me because we aren’t decreasing the overall supply.Every console is still in circulation.The exact same number of people can play next generation games.Our subscribers are able to sell these rapidly so they filter back into circulation quickly for gamers to use, the fact that average marketplace cost of consoles is increasing doesn’t stop people purchasing.” So there you have it: console prices will likely remain high because people can’t stop buying from scalpers.”

Buy for $43 at Daily Steals But hey, things aren’t all bleak in the console market.

The next time you fail to secure a next-generation console, you can comfort yourself with the thought that a scalper can consider themselves a successful entrepreneur.

Thu Jan 20 , 2022
Sony shares dropped sharply yesterday when it was revealed that its biggest competition in the console space, Microsoft, bought Activision Blizzard for nearly $70 billion, potentially harvesting away a large portion of valuable games in the long term like Call of Duty, Overwatch and Diablo. After the sale, there have […]