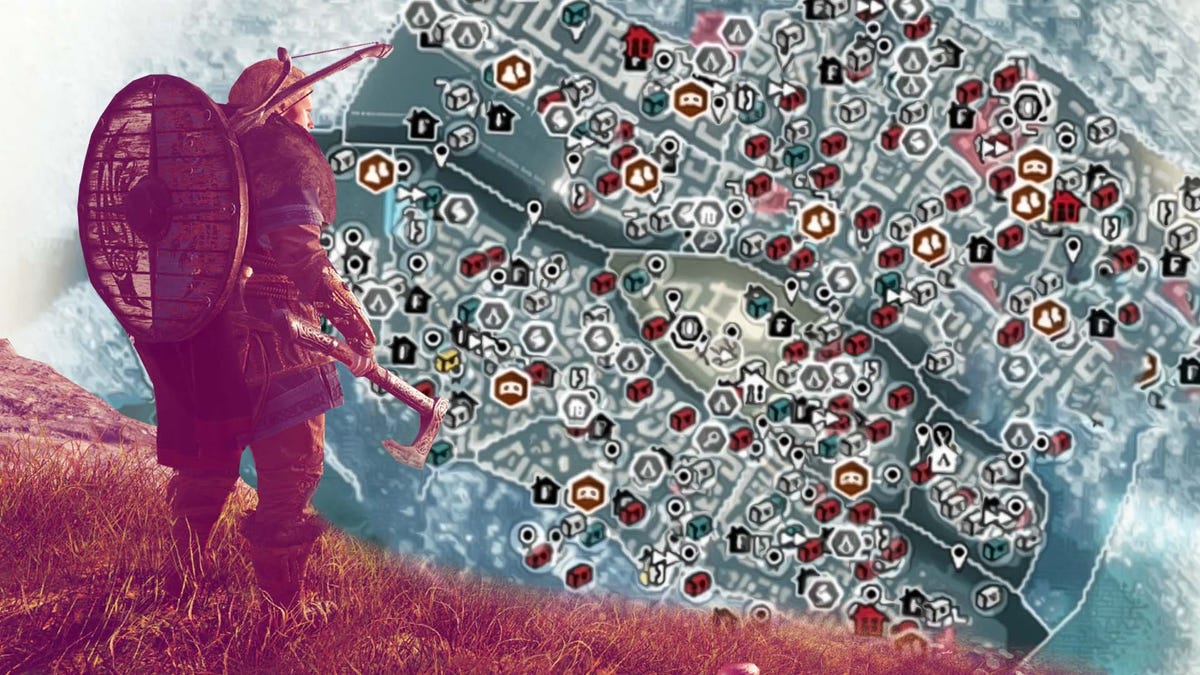 Over the weekend, as part of a preview ahead of this year’s GDC, Ubisoft revealed a new cloud-based technology it’s developing.According to the Assassin’s Creed publisher, this new tech, named Scalar, will allow its teams to create “even bigger worlds” than what’s currently possible.

Advertisement No, you read that last sentence correctly.Ubisoft is threatening us with bigger games, even as it releases games that are arguably far too big already .And to that, I say: Ubisoft, stop and think about this.Please.I beg you.

Look, I’m no Luddite.I like fancy new technology and software as much as the next person.And from a technical standpoint Ubisoft’s new Scalar system sounds cool, as reported by VentureBeat and GamesIndustry.biz .

According to the publisher, the tech supports all platforms and can run various components of already-existing Ubisoft game engines—such as AI or physics systems—in the cloud, offloading the work across “a potentially unlimited number of machines,” allowing the company to leverage essentially an “infinite amount of computing power.” It would also allow Ubisoft to update games and add content to them without having to push out specific platform patches.

Ubisoft described a few different ways for how this immense increase in power could be used in video games, including future games being able to support huge numbers of online players at one time.Ubisoft also wants to create new types of games that would be free from having to rely on limited computing power, as is the case for most games today.

“How do you reimagine what games should be and what they could be in the future, and then start to build towards that to create new experiences?” said Patrick Bach, managing director for Ubisoft Stockholm, in a press briefing.“Because in general, games are usually an iteration of what it has done before.We want to break free of that and build something big.”

Ubisoft keeps talking about building games that are big, as if it hasn’t released well over a dozen giant open-world games that take players months to clear.Perhaps Ubisoft doesn’t consider those games to be “big.” But if that’s the case, I’m truly frightened by whatever Ubisoft will end up creating with this new Scalar tech.

What does Ubisoft consider a big game if Valhalla ain’t already it ?

Image: Ubisoft Ubisoft says Scalar tech isn’t for streaming games to players, like Stadia or Amazon’s Luna, but is instead intended to be used by devs.The idea is to give teams more freedom when creating games, allowing them to think beyond what a single PS5 or video card can handle.

And while Ubisoft didn’t get into specifics in its GDC press briefing, it’s confident that this cloud-powered tech will allow its devs to create new, never-before-seen player experiences.It also envisions it letting teams create “bigger worlds” for players…and I have to step in again.Sorry.

Advertisement So, how many more icons on the map will this end up adding to future Assassin’s Creed or Ghost Recon games? I am but one man, living in this current reality.I must sleep and eat.

I barely have enough time to play current Ubisoft open-world games as it stands.

Now, it wants to make even bigger games? I just don’t know if I, or anyone else out there, will actually be able to finish these games.

In the famous words of Jurassic Park ’s Ian Malcolm : Your scientists were so preoccupied with whether or not they could, they didn’t stop to think if they should.

Advertisement According to GamesIndustry.biz , Scalar is being created by a bunch of different Ubisoft teams including Massive Entertainment and Redlynx.The plan is to roll out Scalar over time as future Ubisoft projects require the new features and increased power it provides.God help us all when they connect Assassin’s Creed to this new tech.

Tue Mar 22 , 2022
Ukrainian drones modified with thermal cameras target Russian military vehicles at night.The Starlink internet system ensures drone teams can work even amid internet or power outages.SpaceX CEO Elon Musk sent Starlink terminals to Ukraine upon request by a government official.Get a daily selection of our top stories based on your […]