Image: Getty Images Much like the rumours in 2020 leading up to the official confirmation that Nvidia would look to purchase Arm for $40 billion, the rumour mill to start 2022 has been in overdrive before confirmation arrived on Tuesday that the deal has crashed against the shore.

“Nvidia and [SoftBank Group] have agreed to terminate the agreement on February 8, 2022 because of significant regulatory challenges preventing the consummation of the transaction, despite good faith efforts by the parties,” a statement from SoftBank said.

“In accordance with the terms of the agreement, the deposit of $1.25 billion (¥143.8 billion) received by [SoftBank Group Capital] at the time of signing is non-refundable and therefore such amount will be recognized as profit in the fourth quarter of the fiscal year ending March 31, 2022.”

SoftBank added it would seek to publicly list Arm before its fiscal year ended on 31 March 2023.

The Financial Times reported during the London night that Nvidia was walking away from the deal, and Arm would get a new CEO as well.

Under the terms of the September 2020 deal, Nvidia had agreed to pay SoftBank $12 billion in cash, $21.5 billion in Nvidia stock, with $5 billion placed under an earn-out clause.The IoT services part of Arm was part of the purchase.

But along with industry concern over the prospect of Nvidia gaining control of Arm, regulators around the world expressed similar feelings.

In October, the European Commission opened an in-depth investigation saying it was concerned that Nvidia would restrict access to Arm IP, which would lead to higher prices and lessened competition, after concluding an initial investigation.It added that Nvidia had filed commitments that met some of its preliminary concerns, but these were not enough to “clearly dismiss its serious doubts”.

Specifically, the commission said it was concerned about the impact of the transaction on data centre CPUs, smart interconnects, chips in car infotainment and driver-assistance systems, high-performance IoT devices, gaming consoles, and PCs.

This was followed up in November when Nvidia CFO Colette Kress said the US Federal Trade Commission had its own concerns , with some Arm licensees objecting to the deal.In the same month, the UK launched its own probe into the deal.

A month later, the US Federal Trade Commission (FTC) filed to a lawsuit to block the deal .

“The proposed merger would give Nvidia the ability and incentive to use its control of this technology to undermine its competitors, reducing competition and ultimately resulting in reduced product quality, reduced innovation, higher prices, and less choice, harming the millions of Americans who benefit from Arm-based products,” the FTC said at the time.

It added the acquisition would harm competition by giving Nvidia access to the competitively sensitive information of Arm’s licensees, some of whom are GPU giant’s rivals, and that it could decrease the incentive for Arm to pursue innovations that are perceived to conflict with Nvidia’s business interests.

The trial had been scheduled for August.

When the deal was first announced, Nvidia founder and CEO Jensen Huang told journalists the companies were “completely complementary”.

“Our intention is to combine the engineering and the tech — the R&D capacity of both companies so that we can accelerate the development of technology for Arm’s vast ecosystem, and one of the areas …

that we very interested in, is to accelerate the development of server CPUs,” he said.

Arm’s president of IP Products Group Rene Haas, who is reported to be the new CEO, also previously assured there would be a firewall between the two companies and added that they would not give any early access to Nvidia.But Haas later admitted that Arm would have to share certain information with Nvidia, such as if large customers move to RISC-V, an open-source competitor to Arm.

Updated at 7:19pm AEDT, 8 February 2022: Article updated to reflect confirmation of the deal collapsing from SoftBank.

Halo Infinite is slipping. As first reported by Forbes , 343

Wed Feb 9 , 2022
Halo Infinite is slipping.As first reported by Forbes , 343 Industries’ popular shooter—the marquee Xbox game of this generation—has dropped out of the top five most-played games on Xbox , down from once upon a time holding fast in the top position.In November, Halo Infinite ’s multiplayer portion launched out […] 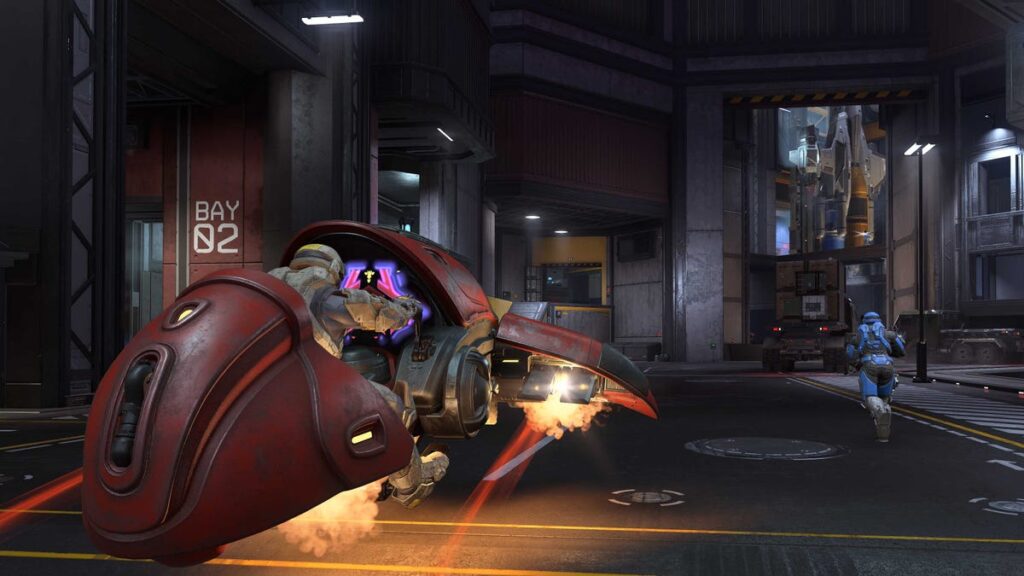