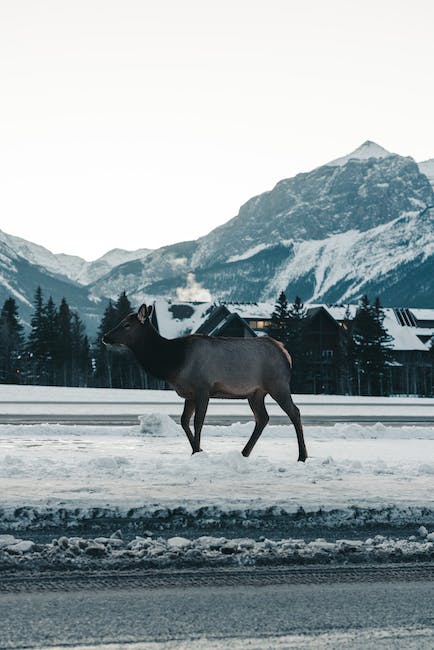 By 2026, all new cars made in the U.S.will have to come with technology that tests sobriety of drivers

One of the worst aspects of seeing your family ripped apart by a drunk driver, said Brenda Simmons, is knowing that it could have been avoided with political will and the right application of technology.

“If somebody didn’t have the decency, or they didn’t have the decision-making capacity [and they] still decide to get behind the wheel, if that vehicle didn’t start because of some mandatory technology, my son would still be here,” she told CBC News.

A legal provision requiring automakers to include anti-impaired driving technology in all new cars starting in 2026 was part of the $1 trillion Infrastructure Investment and Jobs Act that U.S.President Joe Biden signed into law in the fall of 2021.

Simmons is one of many victims of drunk driving who are backing that legislation and a campaign by Mothers Against Drunk Driving (MADD) to push the federal government to pass similar legislation in Canada.

“If it’s going to be done in the U.S.and we have such an integrated auto system, then I just can’t see why we wouldn’t go and do everything we can in Canada to have that in place,” Simmons said.

In June of 2020, Simmons’ son Jacob was out for an afternoon bike ride in Belfast P.E.I.

when he was killed by a drunk driver.The vehicle hit the 200-pound man so hard he landed more than 60 meters from where he was struck.

Jacob’s father Kevin was undergoing cancer treatment at the time.Simmons said he was responding well before the stress of losing his only son sent him into a downward spiral; he died six weeks later.

“It was just a total devastation of our family,” she said.”It was random and it could happen to anybody.”

measures are part of a package of road safety enhancements that also include a requirement that all new passenger motor vehicles in the U.S.be equipped with advanced crash avoidance technology.

The industry is exploring which technologies to use.Once the U.S.Department of Transportation has examined the options and chosen its preferred tech, automakers will be given time to comply with the new requirements.

In the U.S., the Automotive Coalition for Traffic Safety — which represents automakers — and the U.S.

National Highway Traffic Safety Administration are working together to explore the technologies that might be used.

Both groups are part of the Driver Alcohol Detection System for Safety, or DADSS, a research program that is proposing two unique technologies.

The first is a breathalyzer unit fixed to the steering wheel that can test the blood alcohol level of the driver as they exhale normally.The second is a skin-based test that requires the driver to place their finger on a sensor.

“We’re going to keep lobbying for it.Nothing like this happens quickly,” she said.

“I’m just hoping that we can keep that message top-of-mind moving forward so that we can get this implemented as fast as possible.”

Hancock lost her 18-year-old brother in 2014 when he was hit head-on by a drunk driver while driving home from hockey practice in Sudbury, Ont.

“This technology really has in my opinion …the power to save countless lives,” she said.”As a victim, this can’t be implemented fast enough.”

In Canada, anyone convicted of drunk driving can be forced to have a breath alcohol ignition interlock device fitted to their car.That device requires a driver to provide a breath sample before starting their car, and to face additional tests while driving.

Hancock said these devices are large and clunky and more advanced, integrated technology is needed.

In a media statement, Alghabra’s office said that while the fitted interlock devices vary across the country, the federal government has a national voluntary standard that establishes how they should work.

Alghabra’s office also said it’s open to exploring the potential of this technology.

The U.S.law does not cover testing for cannabis and MADD Canada says the technology is not advanced enough for them to include cannabis impairment in their pitch for updated road safety in Canada.

‘I just live life in pain, it’s my price to be alive,’ says impaired driving victim years after being struck

“Transport Canada may consider regulatory initiatives regarding anti-impaired driving technology at some time in the future as the technology matures,” the department’s statement said.

“Following a regulatory mandate for new vehicles, it would take a number of years before most of the vehicles on the road would be equipped with such a device.”

NDP MP Brian Masse said his party would support making enhanced impairment-detecting devices mandatory in Canadian-made vehicles — not only in the interest of safety but because the integrated nature of the North American auto industry makes standing alone challenging.

“This is really important in terms of embracing public safety and being at the forefront,” Masse said.”The fact of the matter is that our auto markets are integrated for a lot of reasons, in terms of public safety, and if they are moving on this, we have a responsibility to look at it for ourselves.”

The Conservatives did not respond to requests for comment from CBC News..

Gen Z has a new 'vintage' technology to obsess over - CNN

Mon Jan 16 , 2023
First, it was disposable cameras.Then it was low-rise jeans.Now, Gen-Z’s latest “vintage” obsession is the flip phone – that mid-1990s era phone that has suddenly become oh so popular with millennials. Today, these smaller, lightweight devices – some available for as little as $20 at big box retailers like Walmart […]