It’s been a very interesting first five weeks of the year for dealmaking in the video game industry.In some ways, this might have been the most interesting one yet.

The action began on Monday, when Sony revealed plans to buy the Bungie game studio for $3.6 billion.Bungie is best known these days for making the Destiny franchise, and it first rose to fame as the creator of Halo.This is the latest of three industry-shifting acquisitions in the gaming industry so far in 2022.

It’s also the smallest of that bunch, trailing Microsoft’s $68.7 billion deal for Activision Blizzard and Take-Two Interactive’s plans to buy Zynga for $12.7 billion.

Sony’s deal for Bungie has largely been processed in the context of Microsoft’s recent mega-deal.Sony and Microsoft, after all, are each other’s biggest rivals in gaming.They have long been the companies behind the most popular console franchises on the market, in PlayStation and Xbox.In more recent years, both have gradually expanded their video-game empires, buying up studios and developing other products to cater to gamers.

Sony’s takeover is obviously a different transaction than Microsoft’s mega-acquisition.

The smaller price makes sense: Bungie is the developer of one blockbuster franchise, while Activision Blizzard is behind several, including Call of Duty, World of Warcraft and Overwatch.But the comparison is still useful.

One of Microsoft’s latest forays in the sector is Xbox Game Pass, a Netflix-style subscription service for games with more than 25 million subscribers.Sony is believed to be working on its own subscription platform, called Spartacus.And it sounds like Bungie could be a key part of that plan.

In an investor call after the deal was announced, Sony said it plans to add 10 so-called live service games—games where new content is continually added post-launch—to its portfolio by 2026.”The strategic significance of this acquisition lies not only in obtaining the highly successful Destiny franchise,” Sony CFO Hiroki Totoki said, “but also incorporating into the Sony Group the expertise and technologies Bungie has developed in the live service game space.”

And now, we’re seeing it transform the way that people play video games.You might always be able to buy big-ticket titles like Destiny or Call of Duty as a one-off.But increasingly, Microsoft and Sony are trying to turn what would have once been described as “customers” into “subscribers.” And the more popular games they can claim as their own, the easier it will be to convince consumers to keep forking over cash.

Consolidation comes with some risks, though, as Microsoft was reminded this week.U.S.regulators have decided that the FTC will manage an antitrust review of Microsoft’s planned purchase of Activision, rather than the Justice Department, per a Bloomberg report.The two agencies have similar jurisdictions and similar remits, which often leaves it up to regulators to divvy up deals among themselves.Most bodies concerned with antitrust have been striking a newly aggressive posture during the Joe Biden administration.But the FTC and chair Lina Khan have perhaps been particularly active, suing to block Nvidia’s would-be acquisition of Arm (which seems to be on its last legs) and, more recently, Lockheed Martin’s agreement to buy Aerojet Rocketdyne.

This week’s development doesn’t necessarily make it more or less likely that the government will try to block Microsoft’s latest move.

But it does reinforce the fact that that the takeover is still very far from a done deal.

I think it’s safe to say that we don’t have to worry about antitrust intervention on the final deal from the gaming space this week.The New York Times said it will buy Wordle, the highly viral word game that’s sparked a million square-filled tweets in recent weeks, from software engineer Josh Wardle, the game’s owner and creator.The NYT will pay “in the low seven figures” for Wordle, with plans to (at least initially) keep the game free, as its been ever since its launch in October.

On the one hand, a million-dollar exit for a relatively simple and low-tech project (it doesn’t even have an app) seems like an obvious win.On the other hand, the NYT said Wordle now has millions of players a day.Any consumer product that can gain millions of users in three months is going to grab some attention, even if it’s free.I’d be fascinated to hear what kinds of other offers Wardle might have received in recent weeks.

But that doesn’t matter much now.

He landed on the NYT, where Wordle will join a thriving games business (including the NYT crossword and Spelling Bee) that’s been a key contributor in the Grey Lady’s drive to get to 10 million overall subscribers.As luck would have it, the company reached that figure this week, after closing its previously announced $550 million acquisition of The Athletic and its 1.2 million paying customers.

Wordle is a very different kind of game than Destiny.

Just a few fewer developers involved.But the fact that both titles are driving M&A activity from some of the world’s biggest media companies is a sign of just how far things have come since video games were derided in their early days as the nerdiest of nerd activities.There’s one simple fact that’s driving much of the major M&A activity that’s unfolded in the space over the past few weeks and months: We’re all gamers now.

Mon Feb 7 , 2022
Sadio Mane was seen consoling his Liverpool teammate Mohamed Salah after Senegal clinched the 2021 African Cup of Nations in Cameroon. The Lions of Teranga conquered their first AFCON at Egypt’s expense. Mane struck the decisive penalty in the 4-2 shootout win. He’d notably missed one in normal time of […] 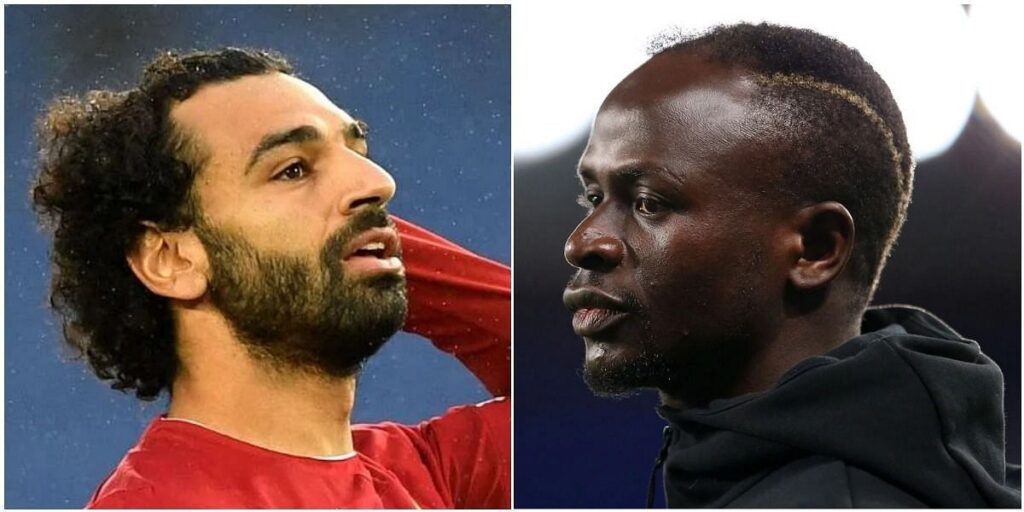