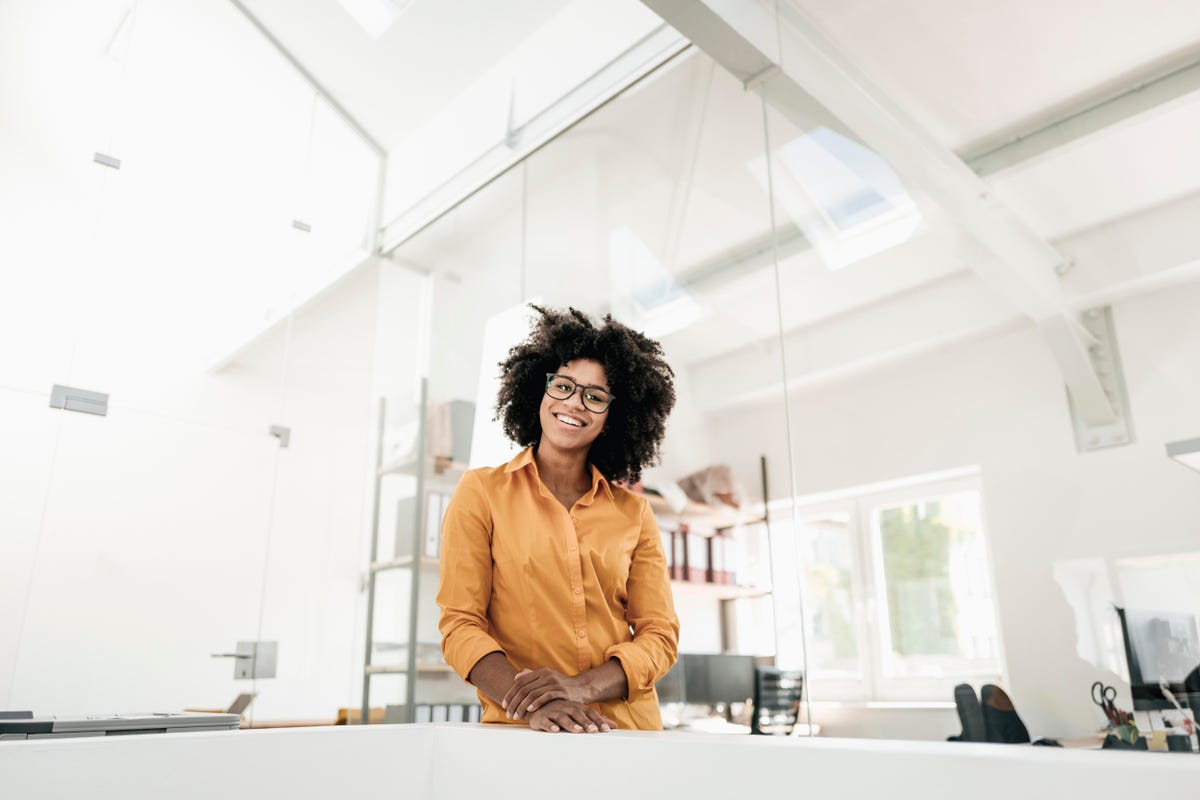 It feels like almost everyone is looking for a new job.There are about 11 million jobs available .Each month, millions of Americans quit their positions, in pursuit of better opportunities.One of the most important aspects of a new job is the compensation.

Up until now, the overwhelming majority of companies conveniently left out the salary from their job advertisements.

Lost in the holiday season and current surge in omicron, there was a piece of great news that went overlooked.Under a new law passed by the New York City Council, which will go into effect in April 2022 if not vetoed by January 14, 2022, employers in New York City will have to include the minimum and maximum starting salary for any “advertised job , promotion or transfer opportunity.”

This will be a complete game changer, and bode well for both people searching for a new job and current employees.

The piece of legislation pulls back the curtain on salaries, which has often been viewed as a deep, dark, hidden secret by corporate executives.

This unfair one-sided way of doing business is detrimental to the person seeking out a new job.

An applicant would be forced to interview with more than three to six people for up to six months.After the culmination of an arduous, emotionally draining interview process, an offer could be made that is far below the expectations of the eager candidate.The ordeal was a complete waste of time and energy for everyone involved in the hiring process.

The experience looks bad on the company.The disheartened job hunter will surely share this horror story on social media and with friends, which could make it harder for the company to recruit people in the future.

Even in this hot, tight job market, the interview process usually entails enduring some rude behaviors, cancellations of interviews at the last moment, lack of feedback, getting ghosted and receiving a lowball offer.When the new law comes into practice, things will be different.A person will have the ability to see the salary range and make an informed decision to pursue the role or not.There would no longer be any guesswork or wishing that the money will be there at the end of the interview ordeal, as the job hunter will have the compensation range up front.

The bill, which passed with a 41 to seven vote, states that employers who fail to list minimum and maximum salary ranges for New York City-based roles are engaging in discriminatory practices.

This bill applies to advertisements for both private and public sector jobs, as well as promotions and transfer opportunities.

Council member Helen Rosenthal said of the new law, “Lack of salary transparency is discriminatory and anti-worker.” Rosenthal continued, “Every New Yorker should have the right to determine whether they will be able to support themselves and their family when they apply for a job.It is time to level the playing field, and restore some dignity to New Yorkers seeking employment.”

There are pay transparency laws already in California and Colorado, and it’s likely with New York aboard, this will spread throughout the country.

In a fairly recent new law enacted by a number of states, it was ordered that businesses couldn’t ask a job hunter how much they earn and for their salary history.Although it’s not a law in all states, a significant number of companies, based in locations that don’t legally require this, voluntarily adhere to this policy.

There will be positive—and some unintended consequences—resulting from this new rule.In recruiting, there’s a term for the salary of a person who has been with a company for a long period of time —the “loyalty discount.” When the worker started 10 or 20 years ago, the salary was relatively low.With only 1% to 2% raises per year, coupled with inflation, the loyal employee’s compensation will be far under the amount of someone who regularly switches jobs receiving a 10% to 20% increase for each move.This creates a wide discrepancy in compensation among workers.

There may be a big fear on the part of management that when salaries are posted online, internal employees will be shocked and dismayed over how much less they’re earning compared to their peers.They’ll feel that they’ve been cheated all of these years, as incoming employees are paid much more than the long-term employee.Businesses may be forced to quickly hike the salaries of current employees, in an attempt to stem mass resignations.

They say it’s taboo to publicly discuss sex, politics, religion and your salary.However, the bill opens the conversation to another hot issue.The next push could be requiring businesses to share the salaries of employees for the purposes of openness and transparency.They’ll have a better understanding of what others are paid and where they stand.

Workers will say that by knowing the compensation of co-workers and those at competing firms, it will empower them to take appropriate actions to remedy their pay.With little opaqueness and transparency, it leads to frustration, hurt feelings and beliefs that they’re being taken advantage of or discriminated against.

We may see signs of blatant discriminatory practices with regards to pay if and when salaries are disclosed for all to see.

Although it’s not illegal to share salary information with co-workers, corporations usually pressure people to keep quiet about it.Employees feel that they are left in the dark.

They don’t know if they’re significantly underpaid or fairly compensated.

The New York City bill is part of a growing employee-centric shift.Previously, a large number of U.S.states instituted laws that prohibit companies from asking how much a person currently earns or about their salary history.

The laws were drafted, in large part, to help close the gender pay gap.This law greatly benefits a top candidate who is earning considerably less than what she is being offered for a similar job at a competing firm.It could also have some big unintended consequences.

Prior to the new law, before any interviews are conducted, a hiring manager or human resources professional will ask an applicant how much they are earning and require proof of their compensation.

Now that the job seeker doesn’t have to disclose their salary, offers could greatly exceed this range.

For example, if a person is working at a job earning $100,000, but has the skills, experience and background to work in another role somewhere else paying $250,000, they will not be held prisoner to their current salary any longer.

These trends bode well for workers.In a hot, challenging job market, it’s likely that we’ll see a steady flow of positive new initiatives from politicians and companies to better the lives of employees.Some executives will enact humanistic programs because it’s the right thing to do.There will be managers that aren’t too happy about the changes, but recognize that if they don’t take good care of their workers, they’ll quit and join their competitors.

The Lincoln Tunnel Motel is famous on TikTok – not because it's glamorous, but because it provides free rooms to those in need. - CBS News 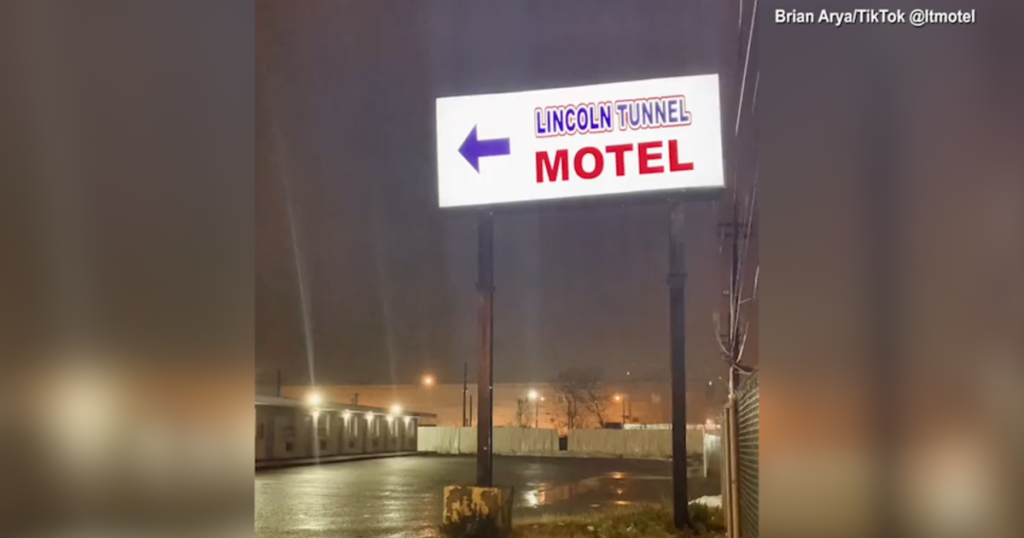