When Microsoft announced Tuesday its intent to buy video game publisher Activision Blizzard for $68.7 billion, the owners and executives for teams in Activision’s multi-million dollar esports leagues learned of the deal the same way everyone else did — by checking their phones and turning on the news.Get the full experience.Choose your plan ArrowRight

“We are definitely surprised,” Adam Rymer, the chief executive of Envy Gaming, told The Post Tuesday.“I woke up today to see a few people from the company texting me about it and then turned on CNBC.”Since 2015, Activision Blizzard has attempted to become the destination for competitive gaming by launching a potentially groundbreaking city-based franchise structure based on the model in traditional sports leagues.Activision sold franchise slots for upward of $20 million apiece around Overwatch and Call of Duty, two of its biggest titles, that granted owners exclusive access to local markets across North America, China, Europe and South Korea.After getting the Overwatch League off the ground in 2018, the company set an ambitious timeline to host live Overwatch competitions in front of thousands of fans across the three continents and then quickly moved on to launch the Call of Duty League in similar fashion.But, for the past two years, the pandemic has forced both leagues to dash those plans and largely move competitions online.Heading into the new year, the players in the Call of Duty League are fed up with the state of Activison’s latest game, “Vanguard,” and Overwatch League teams are strung out waiting for a long-awaited sequel that doesn’t yet have a release date.Amid all of this, the Call of Duty League (CDL) kicks off on Friday with a three-day preseason tournament in front of a live audience in Arlington, Texas.

The Overwatch League (OWL) plans to start its fifth season in April but, according to three people working for organizations in the league, officials haven’t provided the teams a start date — only an outline of the season’s structure.Overwatch League will play on ‘early build’ of ‘Overwatch 2’ next season starting in April Now Microsoft, a $2 trillion dollar company with two decades in console gaming and a burgeoning video game subscription service, adds a new wrinkle.If it was already unclear what the future might hold for both of Activision’s esports leagues, Microsoft’s nearly $70 billion dollar acquisition adds a larger, bold question mark.Activision Blizzard declined to comment on how the proposed acquisition might impact the company’s esports division.Microsoft did not respond to a request for comment.The deal is expected to be completed by June 2023, pending regulatory approval.To Adrian Montgomery, the chief executive at Enthusiast Gaming, Microsoft’s pending acquisition of Activision Blizzard is a ringing endorsement of the future of the gaming industry.He said the deal makes their organization “more bullish” on its investments in the CDL’s Seattle Surge and the OWL’s Vancouver Titans.“There are a handful of trillion dollar companies in the world and one of them happens to control Overwatch and Call of Duty,” Montgomery said of Microsoft.“I think that’s a very, very good thing.”Microsoft already has its own stake in esports.

In 2020, the tech company acquired Smash.gg , a site that helps players run amateur esports tournaments.And late last year, Microsoft relaunched the competitive circuit for Halo — their hallmark title — though that league is built on an open, grass-roots tournament structure, far from the city-based franchise model Activision has been betting on.According to one current and one former senior staff member from organizations in Activision’s esports leagues, only the top teams in CDL and OWL are breaking even or turning a slight profit year-to-year.And there’s plenty of overlap between the two leagues; Nine out of 12 of the teams in CDL are owned by organizations in the larger, international 20-team OWL.Activision Blizzard reportedly sold the first franchise slots in the CDL and OWL for $25 million and $20 million respectively, and organizations agreed to then pay off the fees in yearly installments.(Activision did allow owners to defer payments during the pandemic.) Team executives say that they’re not concerned with paying the franchise fees, though; they’re invested for the long-term with the intention of building each franchise for a decade down the road.“None of us are thinking of franchise fees,” said Mark Ein, the owner of the OWL’s Washington Justice.“This is really about building an asset … building assets that are going to be really valuable over time.”Ein said he’s much more interested in learning about how each franchise fits into Microsoft’s vision for Activision’s esports.It’s too early to tell how the acquisition will impact the leagues, Ein said, but “there’s a lot to be excited about.”Rymer, the chief executive of Envy Gaming, which owns the OWL’s Dallas Fuel and CDL’s Optic Texas, said he hopes the Microsoft deal will “lift some of the clouds” around both leagues this year.Last August, major brands — like Coca-Cola and State Farm — decided to stop advertising with Activision’s esports leagues after California’s Department of Fair Employment and Housing sued the video game giant over allegations of widespread harassment and discrimination.Then, in November, the Wall Street Journal reported Activision’s CEO Bobby Kotick knew about sexual misconduct allegations within the company for years.

Kotick is expected to step down from his role at Activision when the deal with Microsoft closes, according to media reports.“I would hope that, in the short term, we start to see some sponsors coming back to the leagues,” Rymer said.

“That’d be a great step in the right direction.” In an interview with The Washington Post, the chief executive of Microsoft Gaming, Phil Spencer, said the tech company is confident in the plan Activision’s management has put together to address the many reported challenges over the past year.Xbox CEO Phil Spencer on reviving old Activision games as Microsoft positions itself as tech’s gaming company Microsoft’s statement announcing the pending acquisition on Tuesday mentioned two other titles endemic to esports — Major League Gaming, which Activision acquired in 2015 in an attempt to become the “ESPN of esports,” and StarCraft, a science-fiction strategy game and a title credited with first bringing esports into mainstream popular culture.“[StarCraft] was the foundational game that really helped esports happen,” said Mike Sepso, the co-founder of Major League Gaming and now the chief executive of Vindex, a company that provides behind-the-scenes support to esports leagues.“I would love to see a resurgence of that game in the competitive community.”So, what does Microsoft’s acquisition mean for the gaming industry? Sepso says nobody knows, given the recent nature of the news.

But, Sepso said it’s clear the giants of the tech and media industries are making these acquisition deals to figure out “how do I hold consumer attention in the future?”Sepso believes the consumer of the future will look a lot like the gamers of today and companies like Microsoft and Facebook are positioning themselves to build a new interactive form of the Internet — otherwise knows as “ the metaverse .” In Microsoft’s announcement, Microsoft’s chairman and CEO Satya Nadella said as much, noting that video games will “play a key role in the development of metaverse platforms.”“When people talk about the metaverse, what [they’re] really saying is: How do I engage a mainstream consumer in the future that is a gamer?” Sepso said.“In the future, do I want to go to a static, text-driven website to buy toothpaste or do I want to do that in a ‘Fortnite-like’ environment?”.

Sun Jan 23 , 2022
While nabbing an Xbox Series S isn’t as difficult as getting your hands on a PlayStation 5 or Xbox Series X these days, Microsoft’s pearly white console is still in high demand.Currently, Woot is hosting a deal on the Xbox Series S , reducing its regular $299.99 price tag to […] 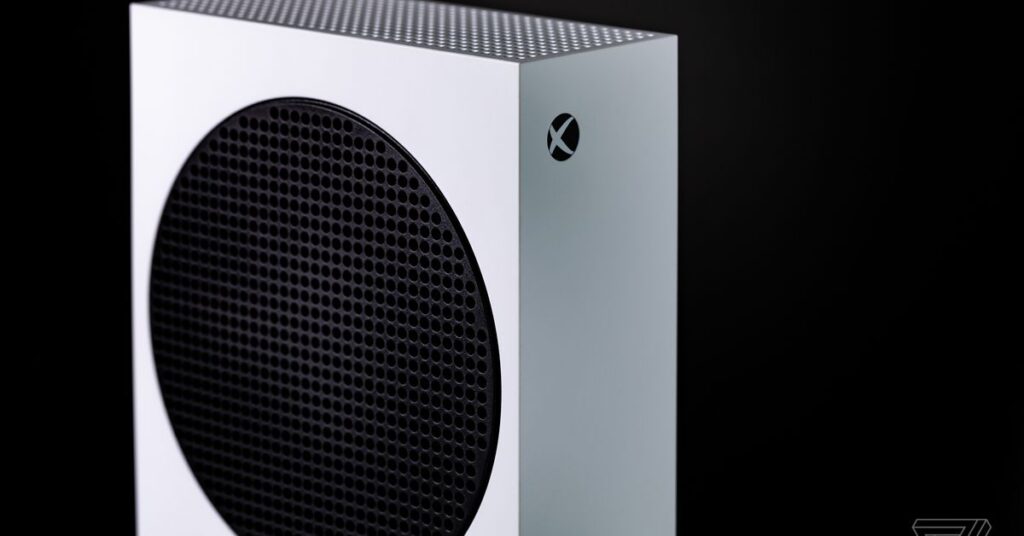