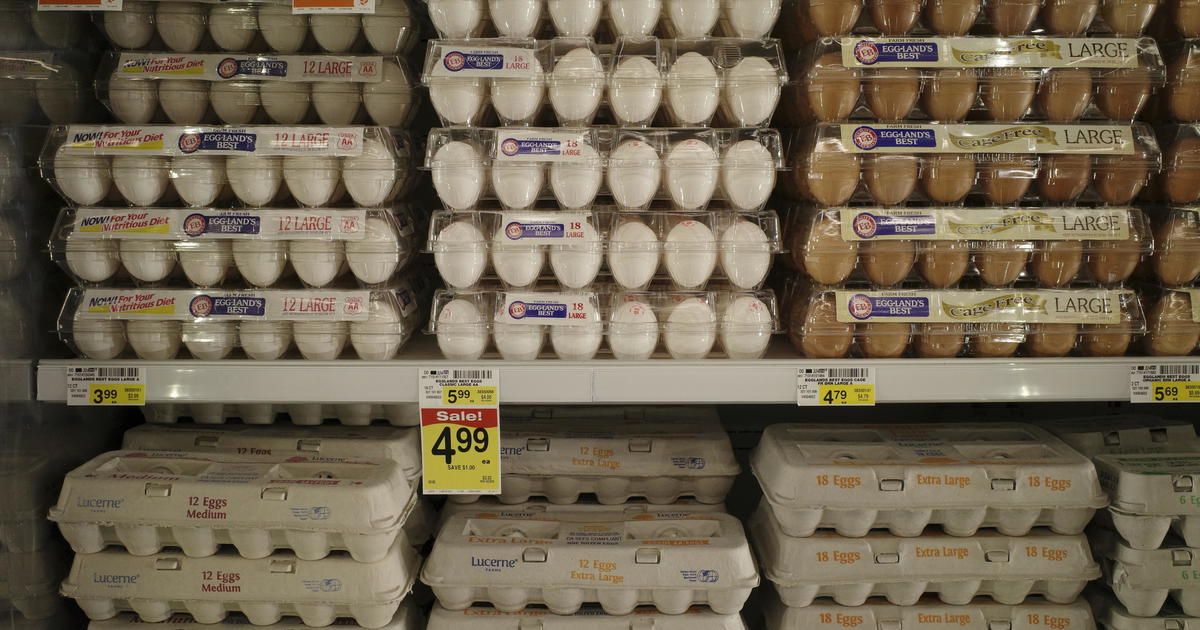 The war in Ukraine , a major grain producer, and drought conditions in the U.S.have pushed wheat and corn prices up significantly, driving up the price of eggs 56%.

Last year, the national average of a dozen large white eggs was $1.60, according to the Department of Agriculture.Now, it’s $2.50.

Sam Miller has more than 8,000 hungry mouths to feed everyday at Cedar Ridge Egg Farm in Northeast Texas.His feed bill for his growing business is up nearly $7,000 per month amid the rising cost of corn and wheat, forcing him to raise his egg prices.

“I don’t jack my price up.I make a little bit.

I don’t make a lot off my egg,” Miller told CBS News.

Livestock economist David Anderson said the worst avian flu outbreak in seven years has killed more than 20 million birds in 24 states and has chipped away at the egg supply and pushed prices up.

Higher fuel prices are also hammering Miller’s business.The cost to fill up his delivery truck almost doubled, and he said he’s doing everything he can to avoid raising his egg prices again.

“There’s going to come a point in time where I’m going to have to do something or I’m not going to be here,” he said.

The price per pound of ground beef, bacon and whole chickens are all up compared with last year.Experts say they could go higher.

Trudeau to promote Budget 2022 in Edmonton on Tuesday | Globalnews.ca