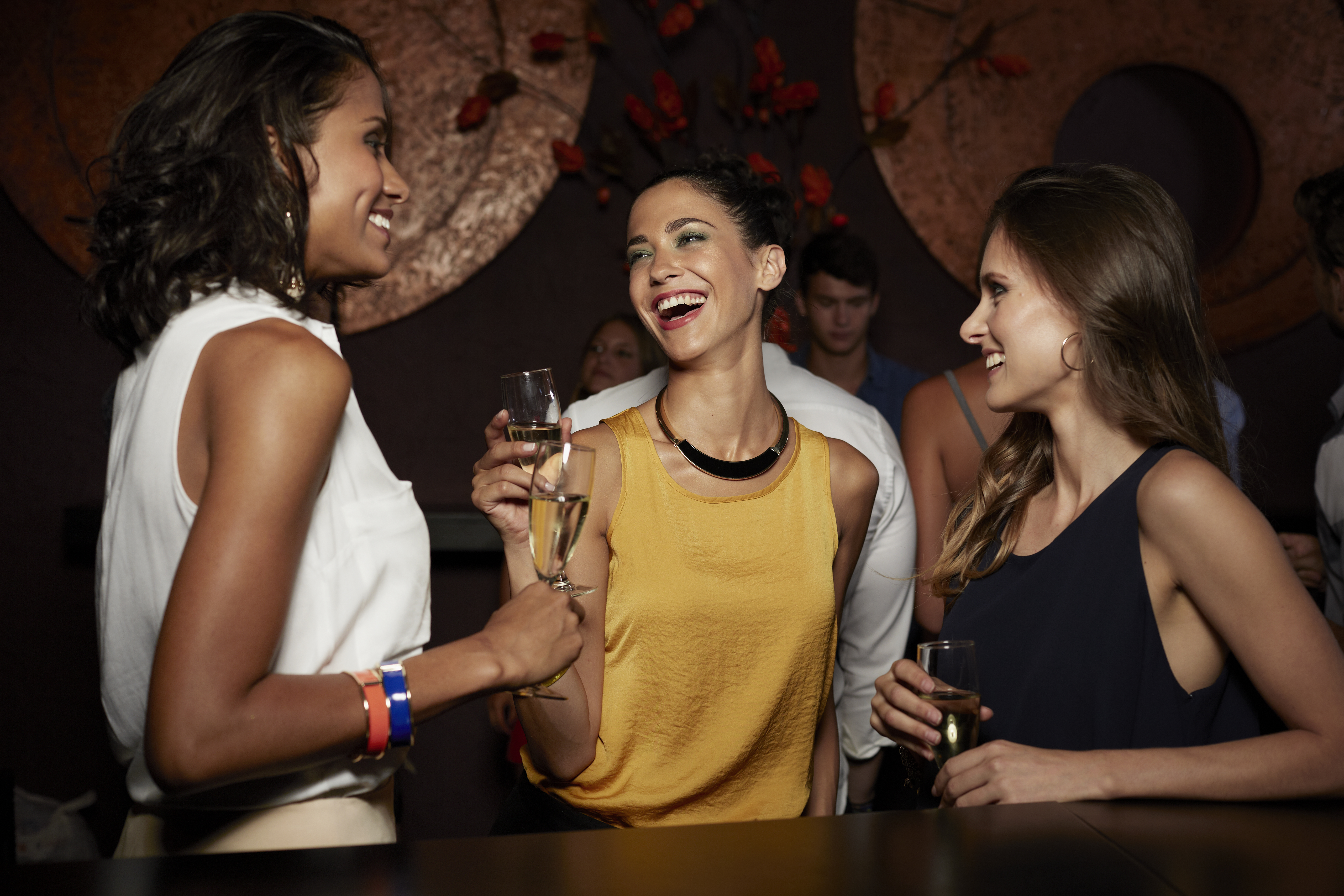 Omicron, less severe than previous COVID-19 strains, is highly transmissible.Acting like the pandemic is over because it doesn’t seem that bad isn’t a sensible choice at this point, experts say.Stock photo via Getty Omicron is alarmingly on the rise all over the place and you likely can’t go anywhere in public that won’t expose you to the highly contagious and now-dominant COVID-19 variant first detected by South Africa in November.

On Monday, the U.S.shattered world records when it logged nearly a million new COVID cases in a single day.

“Omicron is causing a surge unlike anything we’ve seen and at this rate our hospitals will fill up,” Kentucky Gov.

Advertisement Seemingly overnight in December, people were forced to modify or cancel long-awaited holiday plans and rushed to get their third “booster” shots.But others, completely done with the pandemic, are choosing not to let Omicron affect their lives, citing the relatively “milder” symptoms that allegedly differentiate it from other variants of concern.

Things are now at the point where some people are even suggesting that maybe it’s time to just get Omicron and get an infection over with.

Acting like the pandemic is over because it doesn’t seem that bad isn’t a sensible choice at this point, experts say.Here’s why you shouldn’t go out and get COVID.

Omicron can still knock you out for days Data suggests that Omicron is less severe than previous strains like Delta.

But when experts talk about severity, they’re largely referring to the fact that the strain is less likely to send you to the hospital—not that the symptoms are nonexistent or tolerable.In fact, many of those infected are still reporting cold- and flu-like symptoms that have knocked them out for days.

“While Omicron does appear to be less severe compared to Delta, especially in those vaccinated, it does not mean it should be categorized as ‘mild,’” Director General of the World Health Organization Tedros Adhanom Ghebreyesus said Wednesday.

Advertisement “Just like previous variants, Omicron is hospitalizing people and it is killing people.”

You could still get others sick Where Omicron lacks in severity, it makes up for in transmissibility, which is “unprecedented,” according to multiple experts who spoke with VICE News.Omicron is multiplying at an exponential rate, and models are now predicting the variant could cause more than 140 million new COVID-19 cases over the next two months in the U.S.alone.

“If you are transmitting it to so many people, not everyone will have the same response to you; you may infect someone who is more vulnerable,” said Dr.

Roman Pabayo, a professor with University of Alberta’s School of Public Health.“Because it's so transmissible we need to protect folks.”

That’s especially true for those who are more likely to suffer more from COVID-19, including children under 5 who are too young to get vaccinated, the elderly, and immunocompromised people.

Fully vaccinated people are much less likely to get seriously ill or end up in hospital if they get Omicron, but they can still spread the virus to someone else, even if they’re asymptomatic.

“You can't really be near anyone if you're carrying Omicron,” said Dr.Jodi Halpern, a bioethicist with the University of California, Berkeley.“Anyone with Omicron puts everyone near them at risk.”

According to the Atlantic , a single COVID infection “isn’t enough to keep someone safe long-term,” especially when you factor in time and other variables that influence how effectively an infection can build your immunity.For example, if a person gets infected shortly after getting vaccinated, the body may clear out the virus quickly—before the body gets a chance to learn from the virus and develop even more immunity.At best, an infection could boost your immunity, but that will only likely last for two to three months and there’s no telling whether it’ll protect your body from a future variant, according to the Atlantic .

Some people have also had COVID not once or twice, but three times.Reinfection is a risk that’s expected to continue if people don’t get jabbed, and according to the Guardian , people could get reinfected every 16 months if they don’t get vaccinated.

Hospitals are struggling It’s true that the latest strain is proportionately sending fewer people to the hospital than its predecessors, but it’s still straining health care and other sectors.

The sheer number of people getting sick also means more people will end up needing hospital care, and many hospitals have already reported record high numbers of patients with COVID.

As Ed Yong put it for the Atlantic , “Omicron isn’t mild for the health care system.” That’s because the sheer number of people getting sick inevitably means that many people will still end up in hospital, even if it’s proportionately fewer than with Delta.That’s compounded by previous COVID waves, which have burned out health care workers, in some cases used up medical supplies and tests, and pushed health care systems all over to their brink.Today, several hospitals across North America are reporting alarming staffing shortages as doctors, nurses, and staff get sick, too.

Advertisement Many hospitalized patients are starting to get COVID while in care, which has stretched hospitals thin, even as the number of patients in ICUs decreases.Test shortages have also inspired some patients with COVID to visit emergency rooms, which is not a good idea, according to a Calgary ER doctor.

“We're seeing unprecedented levels of hospitalized patients who cannot get a bed upstairs.

They're occupying space and resources in the emergency department and it’s making for some very challenging working conditions right now,” Dr.

Virtually all of the sickest COVID patients are either unvaccinated or have only had one dose, Lang added.

Societal effects are endless The staffing shortage is also affecting restaurants and many other businesses.

Plus, there’s also an equity issue around paid sick leave; many people don’t have it.That means there’s a risk we could all pass Omicron off to someone who is precariously employed and can’t afford to take a few days off to recover.

“We’re causing so much suffering to people who are economically marginalized.Even if they don't get a life-threatening illness…if they don't work for six days, they could lose rent,” Halpern said.” So, it looks like Omicron will be less dangerous per person, but the fact that so many people will get sick—and anyone who isn't masked and vaccinated will pass it on—puts a lot of people at risk.”

Advertisement Emerging data also suggests that young children, including newborns, could get sicker from Omicron, with some already ending up in hospital.By avoiding Omicron, people will limit the risk of exposing others to the virus.

“We are all truly in this together.We are breathing the same air with the most contagious version of a virus we’ve ever seen,” Halpern said.

It’s too soon to tell if Omicron will end the pandemic Experts expect COVID to eventually become endemic —marked by fewer waves or spikes in cases—achieved when enough people develop some immunity to a virus.

The virus doesn’t go away entirely—it still spreads, often seasonally—but it causes fewer cases at once, fewer hospitalizations, and fewer deaths.It simply becomes part of daily life, like the common cold or flu.

“We need to be really careful and be proactive and see what the trends are,” Pabayo said.Right now, health care systems all over are still overwhelmed, and millions of people around the world are getting sick every day.

So, what should I do for now? All three experts who spoke to VICE News encouraged people to continue following public health advice.Limit close contacts, avoid crowded indoor gatherings, wear good quality masks like KN95s or N95s, practice social distancing, and get vaccinated.

“At the end of the day, these measures may not bring a huge benefit to you personally, especially if you’ve been triple-vaxxed, but they will benefit hospitals,” said Dr.

Stephanie Yanow, a professor with University of Alberta’s school of public health.“And it's not just workers dealing with COVID cases.It’s surgeries being put on hold, cancer patients not getting access to care because hospitals are dealing with COVID.”

Just as importantly, don’t actively try to get it.

“It’s still a serious disease, particularly in people who don’t have protection.Deaths are increasing as well,” Yanow said.“Getting it may give you extra protection, but the idea of the ‘chicken pox party’ doesn't really fly for Omicron.Transmission rates are so high that there’s so much potential to harm people.” 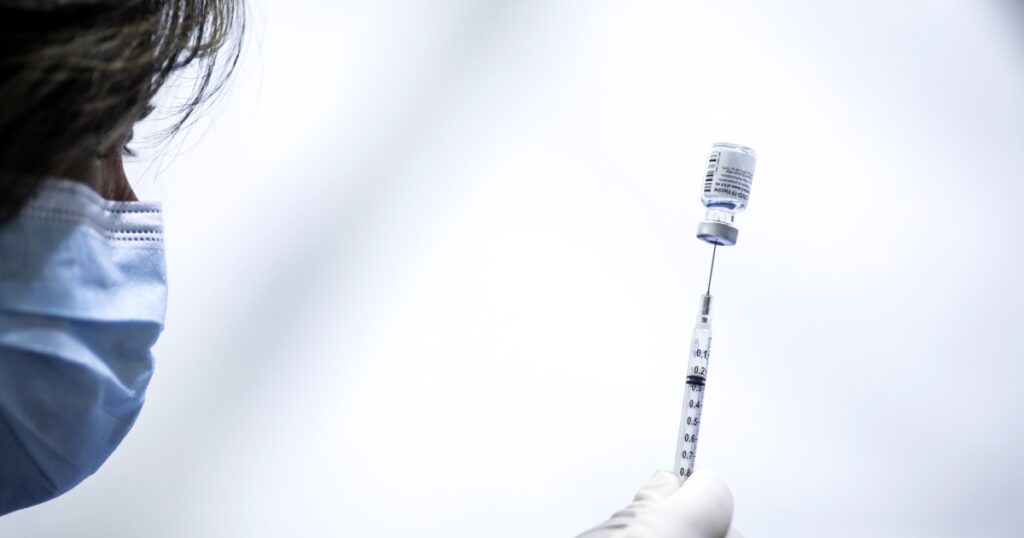