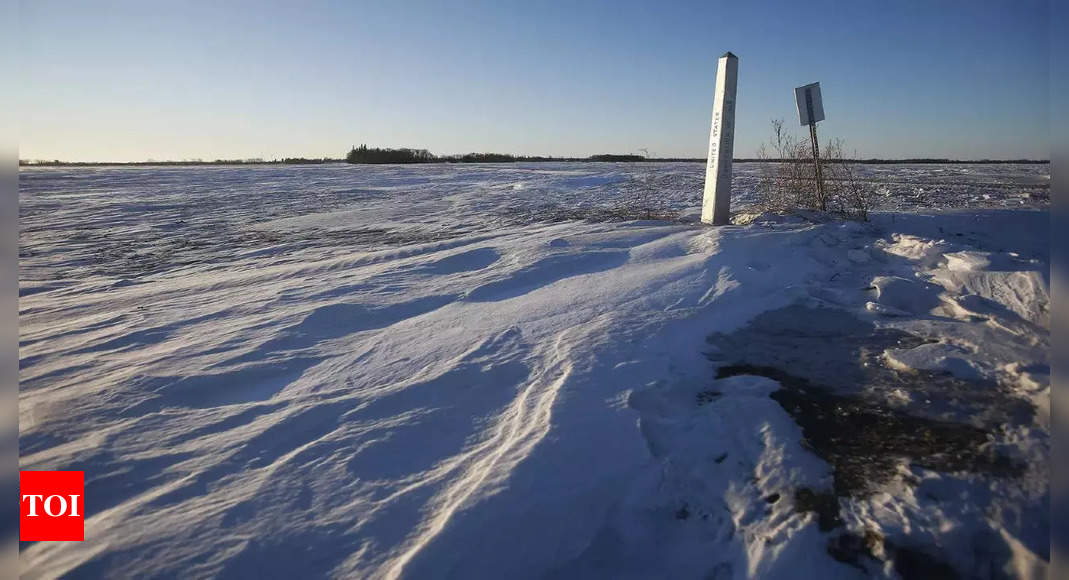 The US-Canada border where the Gujarati family of four was found frozen to death.(File photo: AP) WASHINGTON: Law enforcement authorities in Canada are seeking information from the public about how an Indian family of four from Gujarat, who froze to death on their side of the Canada-US border, made their way there amid growing questions about why a well-to-do family would seek to emigrate to America under such dangerous circumstances.

“We believe this is a case of human smuggling and are investigating how the Patel family travelled from Toronto on January 12 to Emerson on January 18,” the Royal Canadian Mounted Police (RCMP) in Manitoba province said in statement posted on social media, with a tipline for Major Crime Services @ 431-489-8551 and Crime Stoppers anonymously 1-800-222-8477.

The RCMP identified the victims as Jagdish Kumar Patel, 39, his wife, Vaishaliben , 37, their daughter Vihangi , 11, and their infant son Dharmik Patel, 3.The Office of the Chief Medical Examiner of Manitoba has confirmed that the cause of death was due to exposure.Their bodies were found just 12 m from the US border near the town of Emerson.

The RCMP said it can confirm the Patel family arrived in Toronto on January 12 and made their way to Emerson on, or around January 18.No abandoned vehicle located in Canada, indicating someone drove them to the border and left, authorities said.

Read Also Gujarati family of four, including infant, freezes to death on US-Canada border in minus 35 degrees C Four members presumed to be from one Indian family were found frozen to death on the United States-Canada border on Thursday, drawing attention to illegal Indian immigration in harsh American winter from the northern border, at a time when US focus centres largely on its southern border with Mexico.

Authorities from the US side have arrested Steve Shand, 47, of Deltona, the purported driver of a vehicle that was to pick up 11 Indian nationals, seven of whom made it across the border, leaving the Patel family of four stranded in a blizzard.

They suspect the illegal run is part of a routine twice-monthly cross-border operation for Indian nationals, with someone dropping them off on the Canadian side and someone picking them up on the US side of a sketchily guarded border.

A family photo released by the RCMP Manitoba showed a seemingly happy and prosperous family, festively dressed — a different picture from the ragged illegal immigrants who come across the southern border into the US.

The family reportedly spent close to $ 100,000 for their American dream that turned into a nightmare, mystifying authorities as to why they would pay so much for an illegal journey and stay under perpetual stress of being caught.Also puzzling: Having reached Canada on tourist visa, why even cross over to the United States? Why not stay in Canada?

The conjecture in the community is they found the Canadian weather too cold.Besides, the network of Gujaratis, and Patels in particular, is better in the US, which is home to more than 150,000 Patels.

Gujarati expats from Winnipeg organised a prayer service for the family amid grief in the community, which takes pride in its reputation for enterprise, hard work and business acumen.

“What has happened is shocking.

It is very devastating.We could not believe it.With the weather now in Winnipeg, we don’t dare go out.Even thinking about the pain they might have experienced in freezing cold temperatures gives us goosebumps,” Hemant Shah, a Winnipeg local who organised the service told the local media.

Authorities said the family was well-equipped for the winter weather.The unknown smugglers had given the group identical cold weather clothing: new winter coats with fur-trimmed hoods, gloves, ski masks and insulated rubber boots, all in black.But it was no match for the conditions they ran into.

“The conditions were frightful, even for those accustomed to a prairie blizzard.The temperature hovered around -35 degrees C with the blowing snow and bleak darkness of a featureless remote route, as the group headed toward the border, about 9:30 at night,” the Canadian National Post reported.The remains of the four had been exposed to severe cold for about 16 hours before they were discovered.

Sun Jan 30 , 2022
Sign up for our special edition newsletter to get a daily update on the coronavirus pandemic.More On: Coronavirus in NY No reservations: NYC restaurants starved for diners NYers won’t let go of COVID restrictions — even as Omicron wanes The week in whoppers: NYT scare headlines, AP’s cheap shot at […] 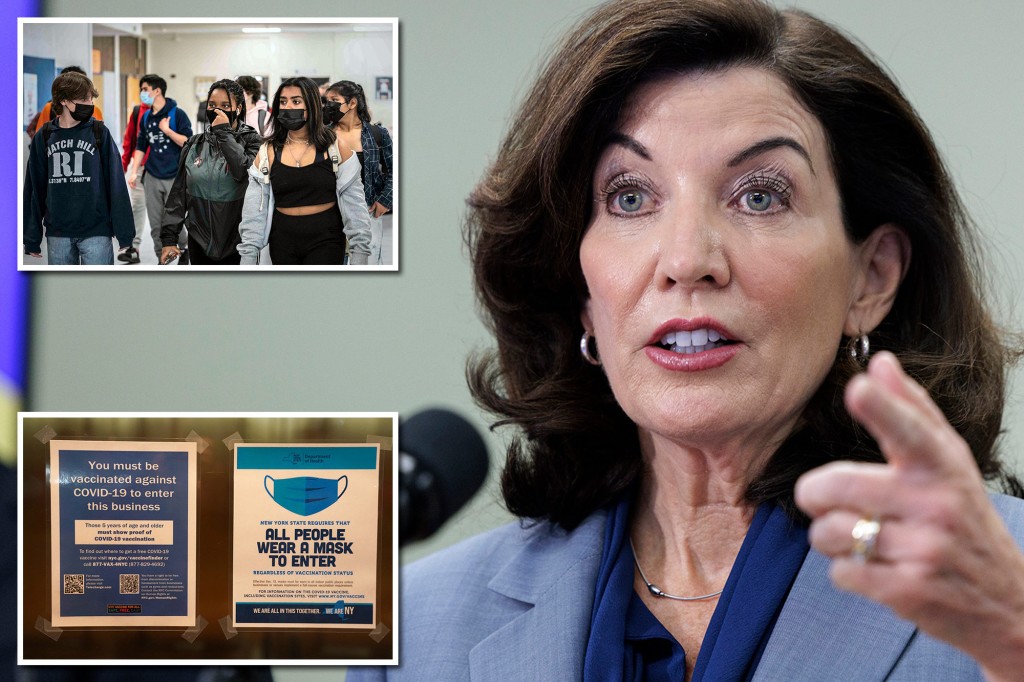