A number of McDonald’s franchisee restaurants remain open in Russia.While the fast-food chain owns most of its stores in Russia, more than 100 are owned by franchisees.Complicated legal agreements make it hard for the company to enforce closures at franchise stores.Sign up for our weekday newsletter, packed with original analysis, news, and trends — delivered right to your inbox.Loading Something is loading.

It’s still possible to pick up a Big Mac in Russia despite McDonald’s announcing this month it would temporarily close its doors there .

In a statement to RIA Novosti, McDonald’s confirmed that some restaurants remain open in Russia, including at Moscow’s airports and railway stations.

Insider reached out to McDonald’s for comment but did not immediately hear back.

The fast-food chain is among western companies that have pulled out of Russia in the past few weeks because of the ongoing conflict in Ukraine.

While some businesses were able to wind down quickly, others have been slower to do so, or in some cases, unable to do so, because their business in Russia isn’t aren’t fully owned by the company.

Burger King and Papa John’s are other fast-food chains that have faced similar challenges because of franchise agreements.

In a letter to employees this week, David Shear, president of Burger King’s parent company, Restaurant Brands International, said that it has been unable to close stores in Russia despite wanting to because franchisees are refusing to do so.

“Would we like to suspend all Burger King operations immediately in Russia? Yes.Are we able to enforce a suspension of operations today? No,” he said, adding that this is because of a “complicated legal process,” Insider’s Mary Meisenzahl reported .

“There are no legal clauses that allow us to unilaterally change the contract or allow any one of the partners to simply walk away or overturn the entire agreement,” he said.”Any current attempt to enforce our contract would ultimately require the support of Russian authorities on the ground and we know that will not practically happen anytime soon.”

Pizza chain Papa John’s is dealing with a similar issue.One of its franchisees who runs 190 Papa Johns’s locations is refusing to halt operations at his restaurants.

According to The New York Times, he even plans to open 20 to 40 more locations.

Sat Mar 19 , 2022
Get the Insider App A personalized feed, summary mode, and ad-free experience.Download the app Close icon Two crossed lines that form an ‘X’.It indicates a way to close an interaction, or dismiss a notification. Sens.Chuck Schumer and Ron Wyden fired at Koch industries for continuing to do business in Russia. […] 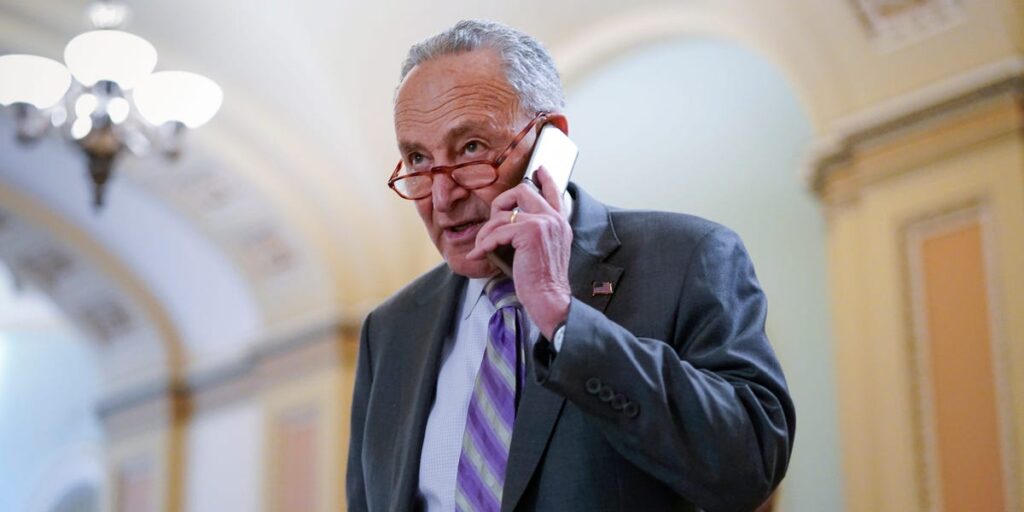